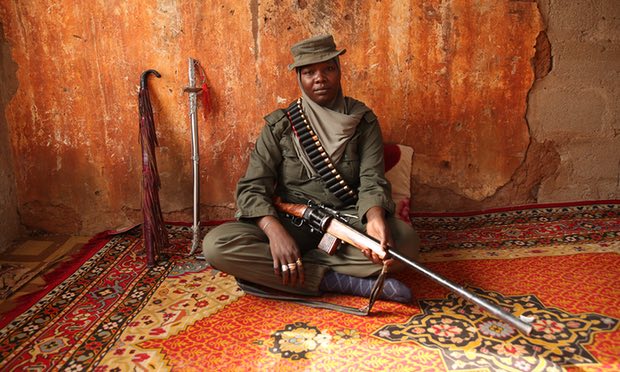 This is Aisha Bakari Gombi. She used to hunt antelope. Now she hunts Boko Haram, the woman-kidnapping terrorist group whose name translates to “Western education is forbidden.” She is one of a handful of (often very personally motivated) women brought in by the Nigerian government to help. She leads a team of men aged 15-30 who communicate using sign language, animal sounds and even birdsong. Of her opponents, she says simply:

“Boko Haram know me and fear me.”

More at the article here.

(thanks to Becca for sending this in!)

With a dead husband and a hostile foreign country on her hands, this Indian queen did the unthinkable - turned her loyal servants into some of the first suicide bombers in recorded history.

When the English laid siege to her castle home, this Scottish woman bedeviled them until they gave up.