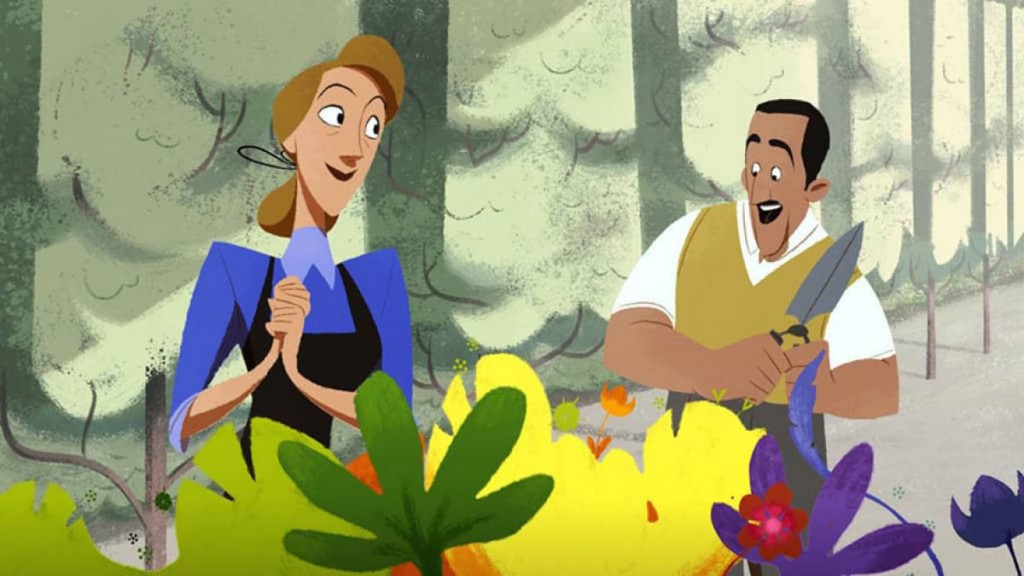 For this year’s Annency animation festival, the students at Gobelins made five 1-minute animations to honor five female animation pioneers. They’re all phenomenal. If you have five minutes, please watch each of them. Warning: some hit HARD.

Worked for Ub Iwerks, MGM, and eventually Disney. Known for creating incredibly vibrant watercolors, which clashed with the studio aesthetic at the time. Disney eventually let her loose, and her aesthetic can be strongly seen in Cinderella, Peter Pan, and especially Alice in Wonderland.

Hearing-impaired Canadian animator who worked with Norman McLaren on several pieces that the Canadian government would later declare masterworks. She directed her own films, making her one of the first women in animation to take the director’s chair. She was known for scratching up film stock to create “jazz” like patterns, the sort of thing you’d later see in Fantasia, Donald in Mathmagic Land, and the like.

German director who created the technique of silhouette animation, preceding Disney by 10 years. Started out making titles for movies and moved on to make her own animated feature, The Adventures of Prince Achmed, in 1926! As for the rest of her career, well – watch the short.

Created the “pinscreen” animation technique, where 240,000 tiny metal rods were manually manipulated in and out of a board in order to create an animation — think tweaking pixels by hand. She and she alone owned the patent on it.

One of the first women to work in British animation, and was design director for The Yellow Submarine. She went on to create many animated shorts at a commercial studio, winning prizes for virtually almost every single one of them. She is often credited as Britain’s first female animation auteur.

(much credit must go to cartoonbrew for posting about this in the first place – thanks, y’all!)

The forgotten ambassadors: Japanese girls who gave all to build understanding with the West

In 1871, 5 young Japanese girls were sent to live in the US, to build understanding between the West and isolationist Japan. Their strange, heartbreaking story was all but forgotten, until now.

In 1969, a reporter did a 30-second interview with a Danish girl who was hiking the countryside. It's well worth watching.

This mythical queen gave birth to the minotaur and cursed her unfaithful husband with the world's weirdest magic STD -- but was her whole story just a smear campaign?