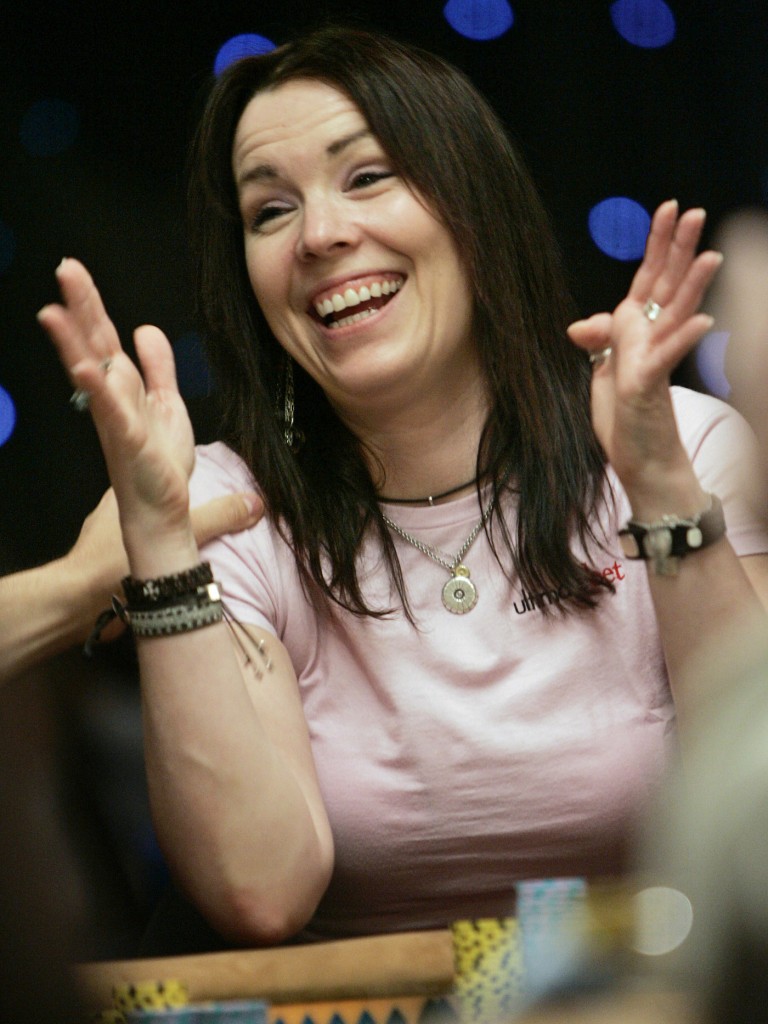 How Poker Player Annie Duke Used Gender Stereotypes To Win Matches : NPR
Annie Duke was often the only woman at the poker table, which influenced the way people saw her – and the way she saw herself. Feeling like an outsider can come at a cost, but also be an advantage.

“I figured it was part of the game that if somebody was at the table who was so emotionally invested in the fact that I was a woman, that they could treat me that way, that probably, that person wasn’t going to make good decisions at the table against me.”

(image via this article)

Five-year old Lylah MacCall wants to be on American Ninja Warrior, so her dad transformed their back yard into an obstacle course for her to train.

In WW2, homefront knitters were encouraged to make clothing for the troops - and even given guides on how to do so!

The first photo on the web

J Edgar Hoover called America's first female codebreaker “one of the cleverest woman operators I have encountered. Cultured, businesslike, cunning… she presented one of the most difficult problems in detection the FBI has tackled in this war.”

The three men who accepted the Nobel Prize for "the most important scientific discovery of the 20th century" neglected to mention one thing: they owed much of their success to one brash, brilliant, and overlooked female scientist.