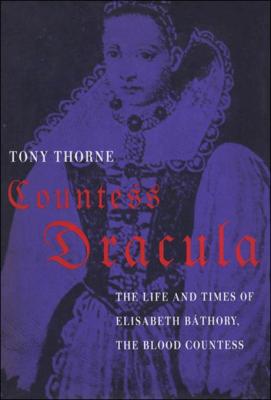 I just got your book today for (late) Christmas and i loved it! Really enjoyed many entries about the interesting women in the past and your humor. Though the only problem i have is your entry on Elizabeth Bathory since you only use one source, from a person who is not a historian and plus… well i think most of the other people pointed out the criticisms of your review on her. But nevertheless, i hope you may release a second volume of RP!

Yeah, I get criticism on like a monthly basis on her. The truth is, when I wrote that entry, there were no other English-language scholarly inquiries of note into Bathory’s case. I don’t know if you’ve read Thorne’s work, but it’s insanely thorough, with tons of citations and well-reasoned critique. Dude shows his work.

Since then, there’s been one piece of scholarship that I could find which adds to the conversation, which I found last week. It’s a 200-page thesis that came out in 2014 but I don’t believe went online until 2015, after I’d put up the entry on her. You can read it here: http://ir.library.illinoisstate.edu/etd/135/

I haven’t gotten through all of it, but it confirms what I’d said earlier: that aside from Thorne, there hadn’t been much any good English-language exploration of her case. There was a self-published book that came out after Thorne, but it had no footnotes and its citations and conclusions were a jumbled mess. There was some work before Thorne, which relied almost exclusively on legends and hearsay, whereas Thorne was the first – and only, at that point – piece to actually use primary sources like court documents.

The thesis I just linked rebuts some of Thorne’s arguments, and makes the case that gender bias was more a problem of Western Europe as opposed to Eastern Europe, and that Bathory wasn’t as powerful at the time as Thorne makes her out to be. I haven’t read it in full, so I can’t speak to that. I’ll amend the Bathory entry to point to it when I get a chance.

Again: I get hell for only having one source there, but for an armchair enthusiast writing in 2014 who only spoke English, there was nothing academically-minded worth drawing on other than Thorne. Pretty much everything else on her was on the level of tabloid gossip.