First and foremost, longest and most deserving, I have to award a prize to the astonishing Jeanette Wu: 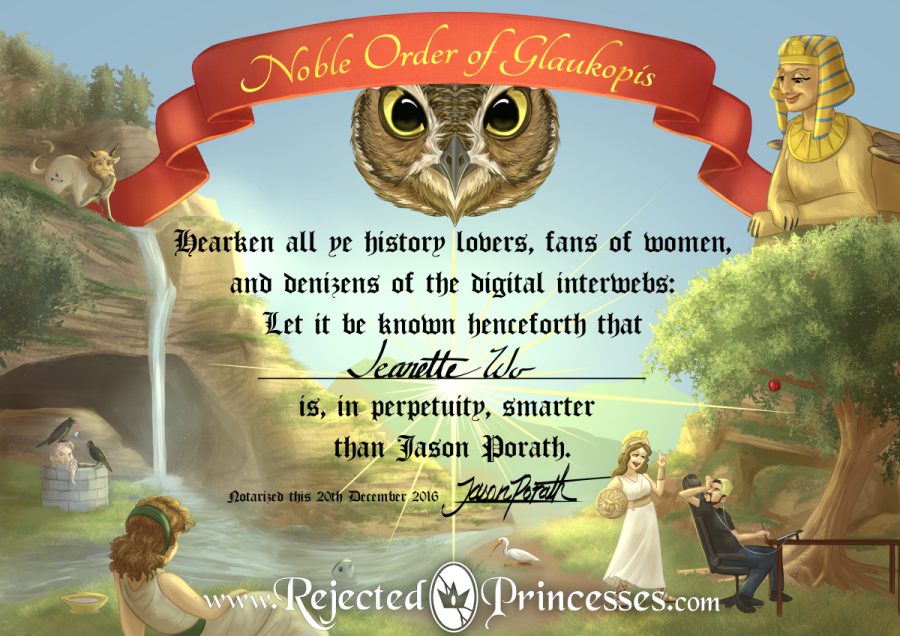 It’s hard to even list the amount of help Jeanette has provided. She has helped with virtually every single east Asian entry I’ve done – Empress Myeongseong, Yoshiko Kawashima, the Trung Sisters, Tomoe Gozen, and especially Wu Zetian and Ching Shih. For Ching Shih, she actually retranslated the original text and sent it to me in an email, because the existing English language translation was inaccurate. This caused some consternation for the citation section of the book, when Harper-Collins folk asked what publisher had put out the translation I was citing, and I had to reply, “my email.” She is an absolute rockstar, and this doesn’t begin to convey my true level of thanks. Jeanette, you’re a demigod.

Next up, a really old one: 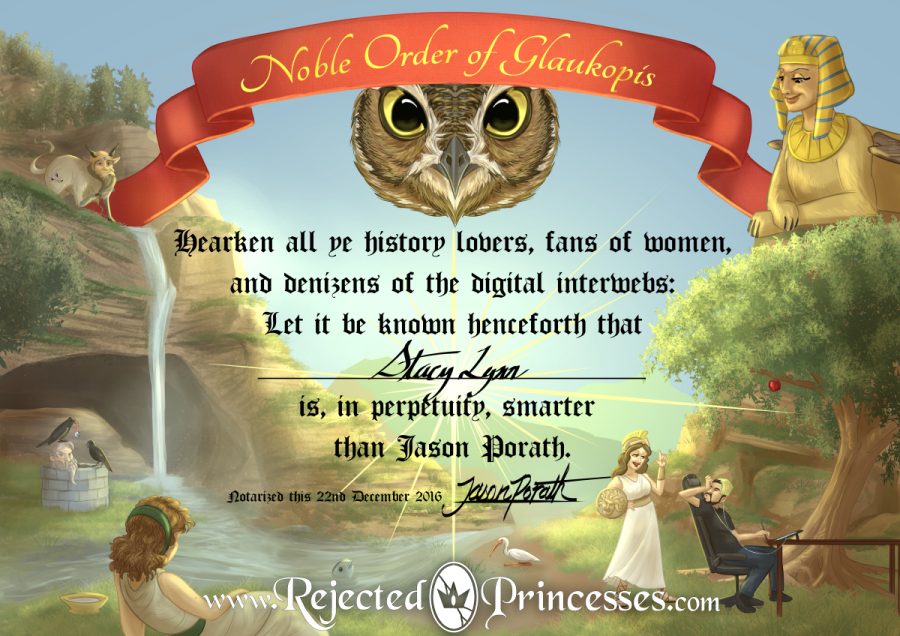 Stacy first pointed out my inaccurate terminology when referring to the Ethiopian Jewish population in the entry on Gudit, over a year and a half ago – namely, that “Falashah” was originally intended as an insult, and I should use “Beta Israeli” instead. Bonus points to Nurit, who in the comments added more information on the traditions of tallit and the usage thereof. 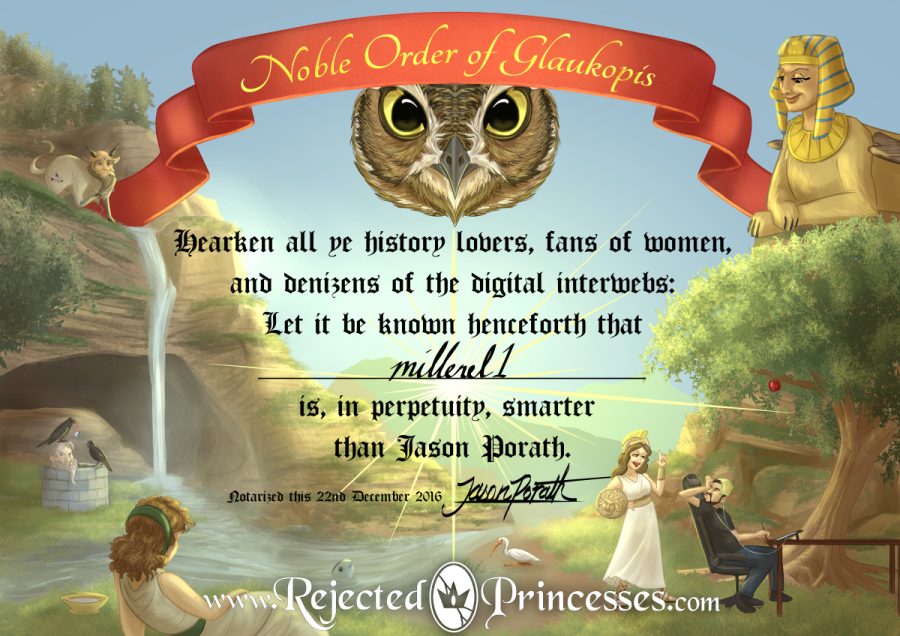 millerel1 pointed out that my usage of the term “slave” to describe Isabel Godin‘s enslaved servant Joaquim in the footnotes to her entry was dehumanizing, and that a better way of phrasing it (to rewire one’s thought processes to humanize the subject more) is “enslaved person.” Good point, so I changed it up! Thanks!

Next up, a book correction: 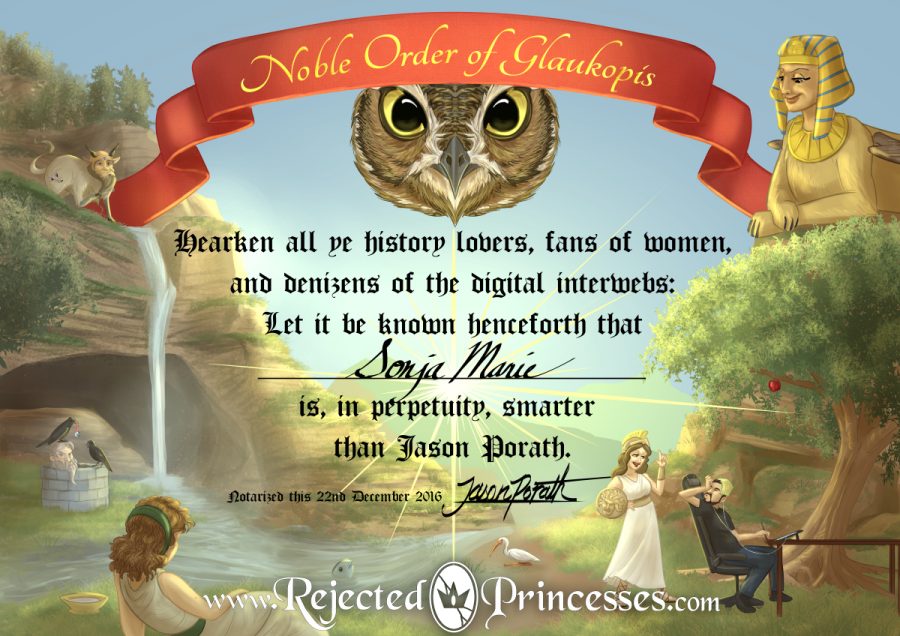 Sonja Marie wrote in to correct a book goof — I confused Mata Hari‘s kids. It’s incidental to the story, but it was her son who died as a toddler, not the daughter.

Next up, one that dated back to almost the beginning of the site: 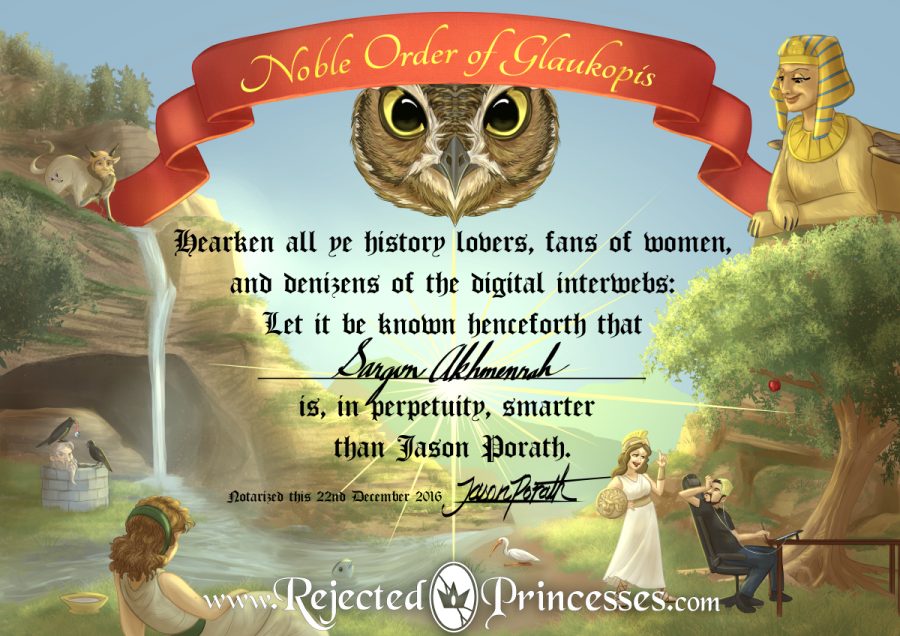 Sargun pointed out that the symbol I’d put on Mai Bhago‘s headband was incorrect. I managed to fix it just in time to make the print deadline, so her art was correct for the book!

And last, two regarding the latest RP entry, on Vasilisa Vasilyevna: 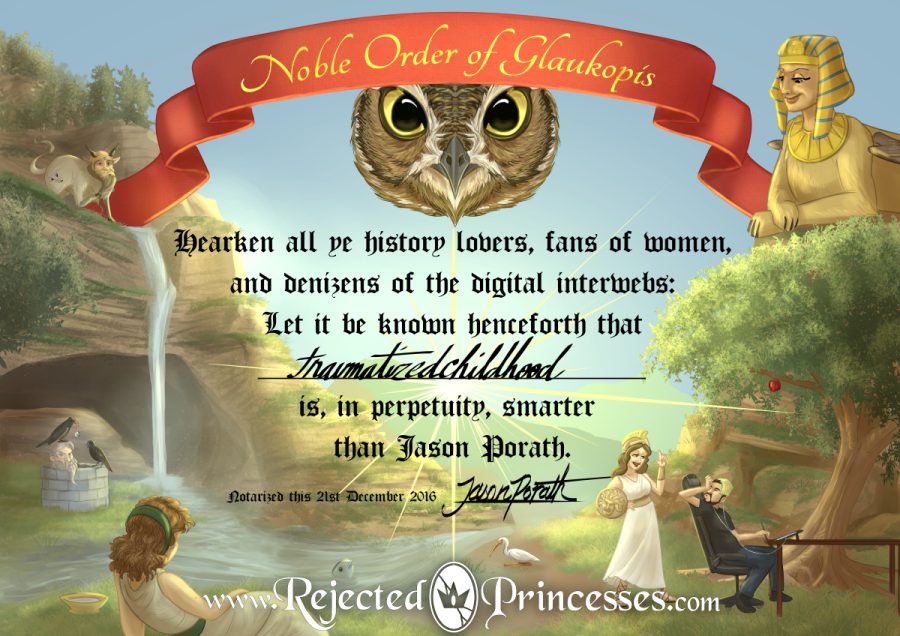 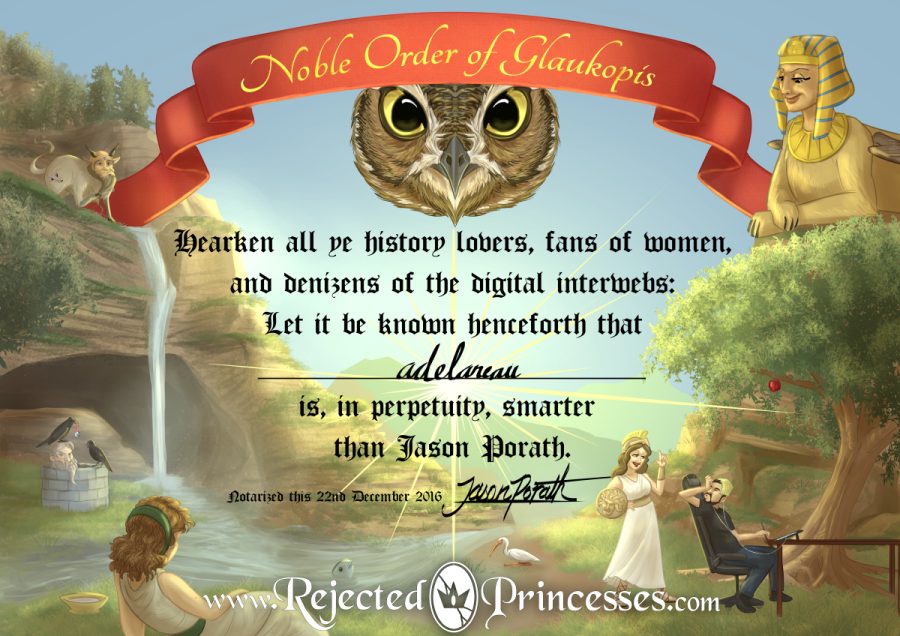 Tumblr user traumatizedchildhood wrote in to query my use of the term “genderqueer” to refer to Vasilisa. After consulting with some friends wiser in modern gender terminology than I, it became clear I’d goofed on the terminology. To my current understanding, “genderqueer” is an umbrella term for anyone who doesn’t really identify with the “male or female” gender dichotomy, but has little bearing on how they present. “Gender Non-Conforming” (which is the term I switched to) indicates someone who expresses their gender differently than convention would have it (and may also not buy into the gender dichotomy). Seemed to fit the story of Vasilisa better.

At least, that seems to be the common definition – part of constructing your own gender identity is that definitions between people don’t always match up perfectly, and that’s okay.

Lastly, Tumblr user adelareau provided additional context that was lost in translation of the Vasilisa entry:

Well, about the vodka part – in Russia we have a lot of theories about when vodka exactly became famous drink. One of our publicists – Ivan Gavrilovich Prizhov had a theory about it becoming famous in the XVI. But in the documents, it appeared in 1684, 14th of August – in the decree by Peter the Great. So, definitely not 1800. Also, in the story, in the original one, it was never mentioned that she enjoyed guns, she just could shoot from them. And Vasilisa came to Tsar dressed as a man only because he sent a letter to her father asking him to send his son to him. Not his daughter. She was only trying to trick the Tsar, show him that he can be as unintelligent as any other hillbilly – because they all were assuming she was a man only because she drank vodka – and I don’t think that this means she’s a genderqueer. Sneaky and righteous? Yeah. This folktale bears resemblance to another folktale – about the Vasilisa Mikulichna. She dressed as a man to save her husband from knyaz Vladimir, maybe even written off of it with some deleted parts.
I had mostly identified the wider adoption of vodka in Russia based off the Wikipedia entry, which indicated it first showed up in dictionaries in the 1800s. Who’s to say!
And finally, there’s a bunch of corrections coming for the Isabella of France entry, but that deserves its own post, hopefully tomorrow!
EDIT: almost forgot! Tony Nguyen also gets a prize, for pointing out that in the Trung Sisters story in the book, I got the year of Vietnam’s reunification off by one year — it was 1975, not 1976. Although the vote for reunification was in 76, the capture of Saigon by North Vietnam – the date the national holiday commemorates – was in 75. 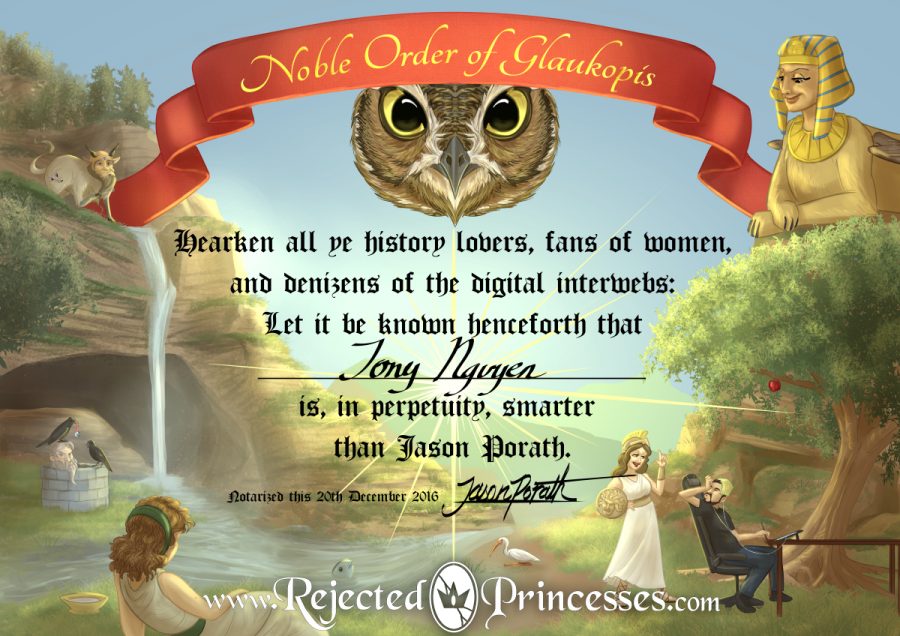 Game of Thrones producer Christopher Newman signed a deal for a thirteen-episode series, "Empress". It's set to begin production in Sichuan in 2017, with an aim to premiere in 2018.