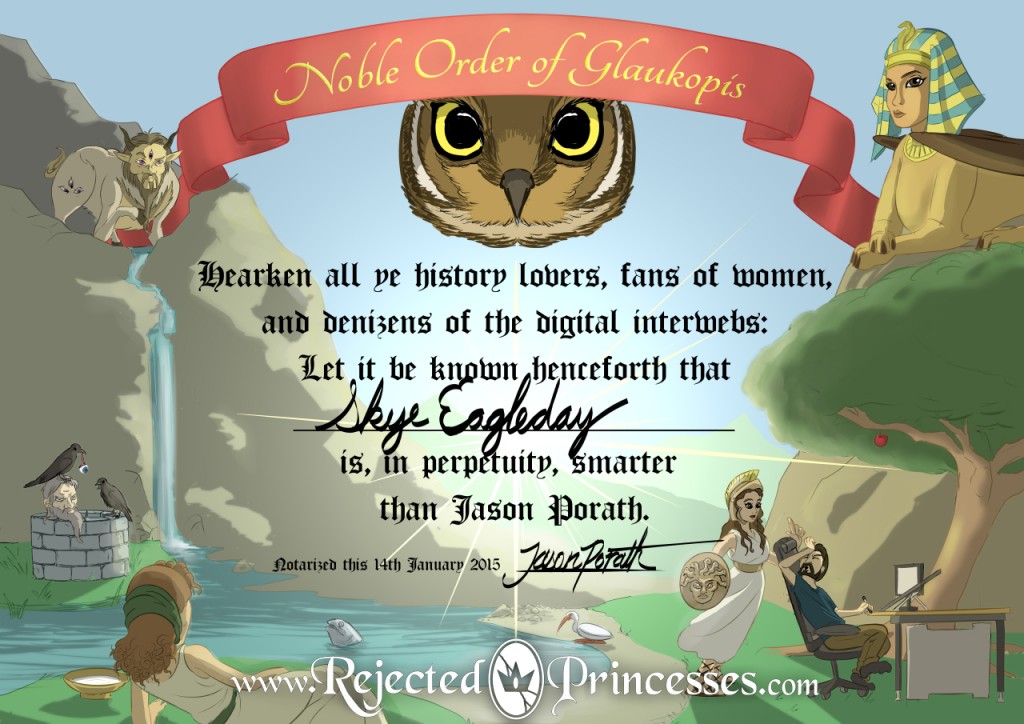 Heard the NPR report which introduced me to your work. I’m American Indian and was at the Gathering that voted to use the term “Two-Spirit” back in the 1990s. Actually, we voted to try out “Two-Spirited” as a working term and a few years later it was changed to “Two-Spirit” with the feeling “Two-Spirited” sounded too “past-tense” rather than a living and changing tradition. When I was a college professor I used to do a lot of lectures on Native American Sexuality and gender.

Just so, I’m delighted that you included Osh-Tisch, but if one looks at the available photos of historic Two-Spirit people (not to mention contemporary ones) individuals would often dress in either a combination of “gendered” style (i.e., a mixture of standard “male” and “female,” visual markers, so a Two-Spirit was never “cross-dressing” for a number of reasons, but would often present in a combination of “male/female” clothing). There were also many outfits that reflect the creative expression of an individual. In Osh-Tisch’s case,  one of the historic photos shows that instead of elk-teeth or olive shells (what the majority of females would use to decorate their outfits), the top of the bodice is actually decorated with abalone disks, something I’ve not ever seen used to decorate an outfit in this way.

I’m not criticizing your work–I’m simply sharing that even in a Disneyfied Two-Spirit world, it would be more likely that the royal duds worn would most likely been more inclusive of male/female “signals,”or the clothing would be more unique, such as using the abalone disks as decoration.

I don’t know how much you’re interested in this, but another “sign” that you’ll sometimes see in historic art and photos among some of the tribal nations is hair bound or braided on one side and let loose on the other.

I’ll attach an example of one of the most famous of the historic  Navajo Two-Spirits, where you can see the combination of a skirt with “male” clothing. This particular individual is remembered as one of the first medicine people (he/she was a Medicine Singer) who wove patterns from the sandpaintings into weavings. Even now, if you look at the artist who made a Navajo rug or other type of weaving–if they have a “male” name, they are almost always Two-Spirit.  I won’t bother attaching one of Osh-Tisch in the abalone outfit since I’m sure you’ve seen it. I’ll also attach a historic photo of a Shoshone named Rabbit Tail, who was quite striking on several levels and you can clearly see the “braid on one side/loose on the other” hair style.

Skye wrote in about the entry on Osh-Tisch, where I depicted her in the clothes she wore in the main image available of her (last image). Skye rightly pointed out that I could have pushed the symbolism of the clothing farther, so I’m awarding a Nog Prize. 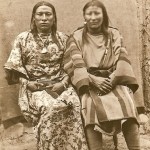 The main picture of Osh-Tisch which I used for the image of her. 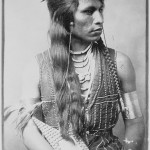 One of the pictures Skye sent in. 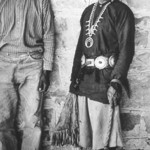 One of the pictures Skye sent in.

Additionally, we’ve since exchanged a number of emails helping to clarify the language in that entry. As you can tell from the writeup, talking about Two Spirits at all is incredibly tricky – around half the entry is devoted just to talking about how tricky it is. Since first publishing it, I’ve had a steady firehose of reader emails (some polite, some… less so) that chided me for various well-intentioned-but-misguided lingual faux pas in the entry. The most consistent thread across these messages has been the encouragement to use the phrase “assigned male at birth” — which I resisted, as I wasn’t sure it was technically accurate. I didn’t want to blindly change out one term for another one.

In the majority of Native Nations I’m aware of, babies and young children were categorized in a fairly standard way. However, for example in my mom’s tribe, we wouldn’t traditionally name a child until after the age of four because we consider a Name to be something sacred and something often passed down so you’d usually inherit the name of a deceased relative. It’s believed you can get a Name “dirty” or “stain” it and we don’t consider younger children are developmentally ready to understand the responsibility of a Name until they’re older.

There was also the sad reality of high rates of infant mortality, so you wanted to also make sure the kid would survive before being Named. Before a Naming Ceremony, a child was called our equivalent of “Little Boy” or “Little Girl.”Many communities observed children’s behavior so some were suspected of being Two-Spirit at a very early age, but as with the Name, formal recognition was usually held off until the child was more mature. This was also true of children participating in the Vision Quest, where frequently it would take place at puberty–when a girl was first tied to the Moon, or when a boy’s nipples turned out. For many of the Nations, there was a ritual where held where the child was asked to choose between a “female” symbol (like a basket) or a “male” symbol (like a bow). If you were biologically male and chose the basket or biologically female and chose the bow, then it was a confirmation of what some of your relatives had already suspected.

As I recall, one group was a bit intense where they’d have the kid go into a living area to choose the object and then the family would set fire to the place to see what he or she grabbed under stress.

Now we get into semantics because on one level you could say at a young age, a child was perceived as male or female, but if a confirmation was made of being Two-Spirit, then you could say the kid was always a “potential”/”dormant” Two-Spirit who would then “manifest” at a later stage of life.

So while it’s unlikely I’ll ever be certain if Osh-Tisch was actually assigned male at birth by the Crow, it seems reasonable to assume a birth gender assignment. As such, I’ve changed up the entry to use the “assigned male at birth” language. I’d welcome additional sourced info, though – I just haven’t been able to find much on 19th century Crow childhood gender assignment.

Skye was very kind to answer my endless barrage of questions. You can find Skye’s website at http://www.skyeeagleday.blogspot.com/ and one of Skye’s latest books – a paranormal romance tie-in to the Outlander series – here: http://www.amazon.com/Roots-Highland-Shifter-Paranormal-Romance-ebook/dp/B00OM6EIRE/ref=sr_1_15?ie=UTF8&qid=1421284169&sr=8-15&keywords=Highland+Shifters

Two Spirits in the Venezuelan Jungle

Two Spirits in the Venezuelan Jungle Fascinating followup to the post about Osh-Tisch. (via Luana Joy Clarke)

In which I am corrected as to Mongolian wrestling!