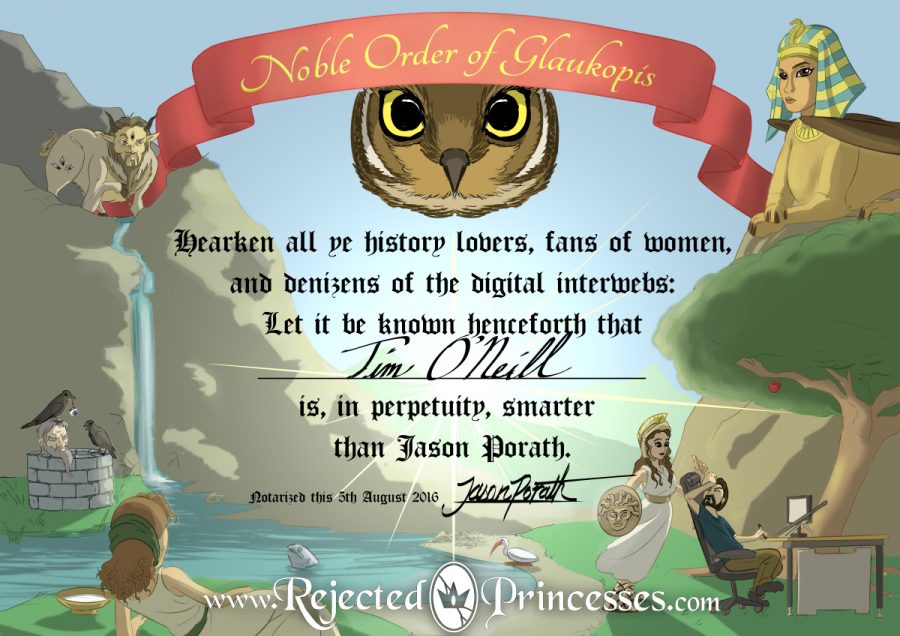 When I posted the Jeanne de Clisson entry to the RP Facebook Page, detail-oriented reader Tim O’Neill forcefully argued that my interpretation was incorrect – you can read the thread here, but the main thing he took issue with was this image: 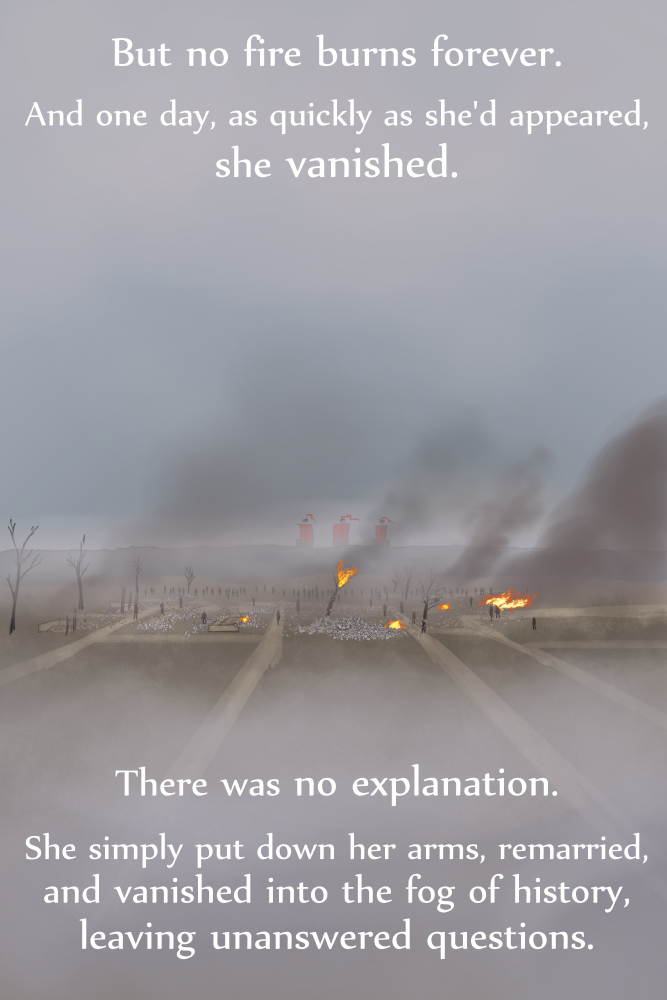 Which, if you look at the entry right now, you’ll see has been replaced with this image: 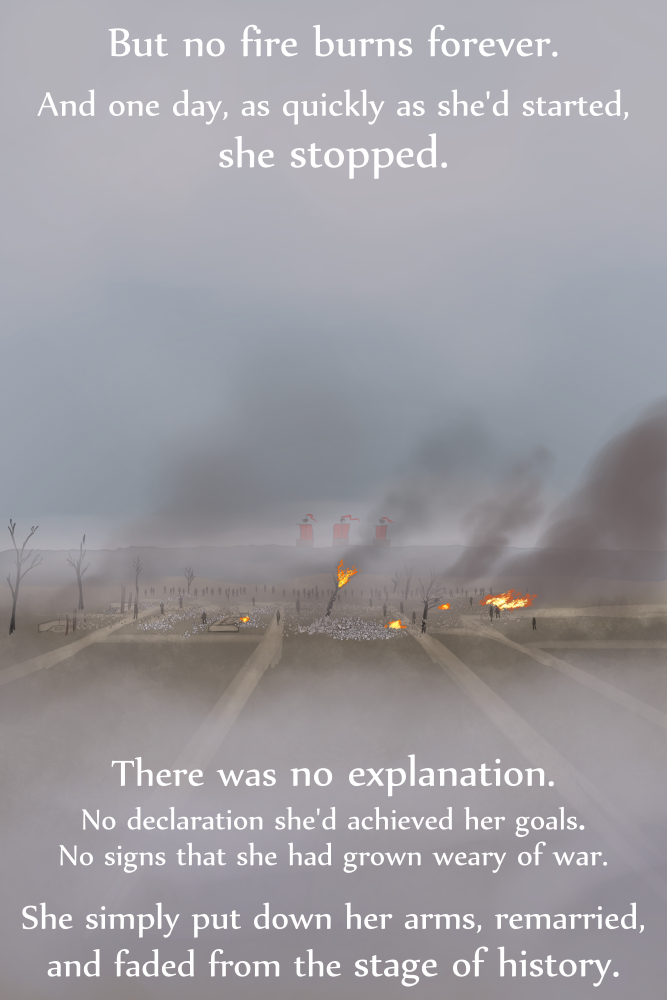 Tim argued that there vanished wasn’t the right characterization, as we do know some things about her later life (which I’d included in the footnotes, but not the imagery):

That’s all the information that seems to be out there. It does not answer why or when she stopped her piracy, how she died, or what her attitude was towards the French or English at the end of the life. No writing from her survives (I don’t know if she was even literate), and the extent of her historical deeds – what is fact and what is fiction – remains unknown. In the absence of those facts, and without any existing record from her about her life, centuries of legends grew around her story.

I characterized the trajectory of her abruptly stopping, marrying, dying, and becoming a tall tale as “vanishing into the fog of history,” but “fading from the stage of history” is probably more accurate. And thus I’ve amended it, and Tim gets a Nog Prize for calling me out on it.

As with any entry, there are minor details I’ve left out, because I’ve sought to streamline her story. If you want more information, the Wikipedia entry for her is pretty decent, although I had trouble tracking down many of its claims. It is not in the purview of this project to provide an encyclopedic accounting of every detail of the lives of the people it covers – that’s what encyclopedias are for. This is more about giving a glimpse about what a movie about their lives might look like. That approach won’t be for everyone, and that’s okay. The Internet is a big place, it can accommodate a lot of approaches.

In which I'm called out regarding the later life of Jeanne de Clisson, and I define the scope of the project.

Notice of an update where I give a more well-rounded portrayal of the Mughal Empire.