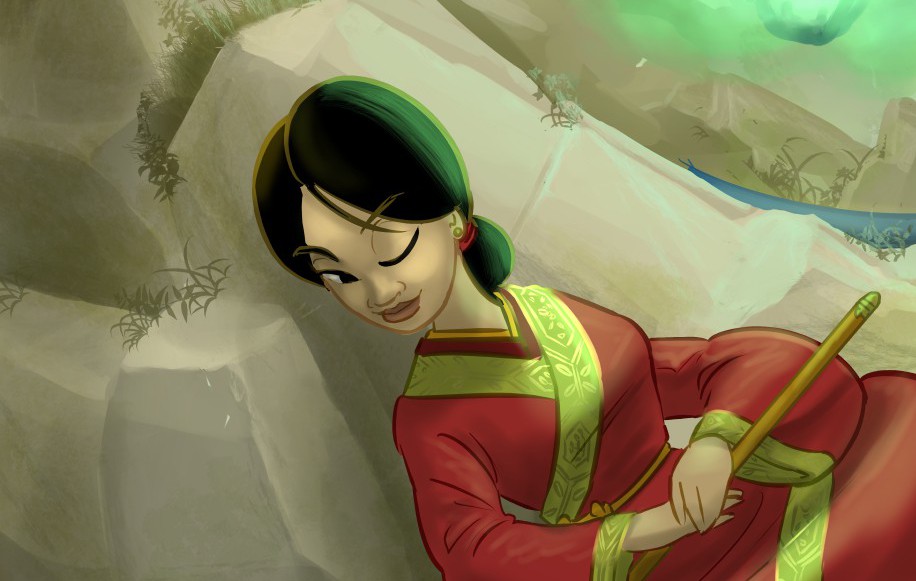 First, I wanted to say that your series is super awesome and I love it.You are really good with the amount of detail you put into these projects, which is why I felt it might be ok to ask you a question about the story of Li Chi. I just wanted clarification on the timing of the story. You mentioned it took place in 5th century BCE. But I think the story of Ti Ying comes from the Han dynasty (at least according to the link you had inserted), which was founded in the third century BCE. Thanks!

First off – GOOD EYE. Here’s something for your efforts. 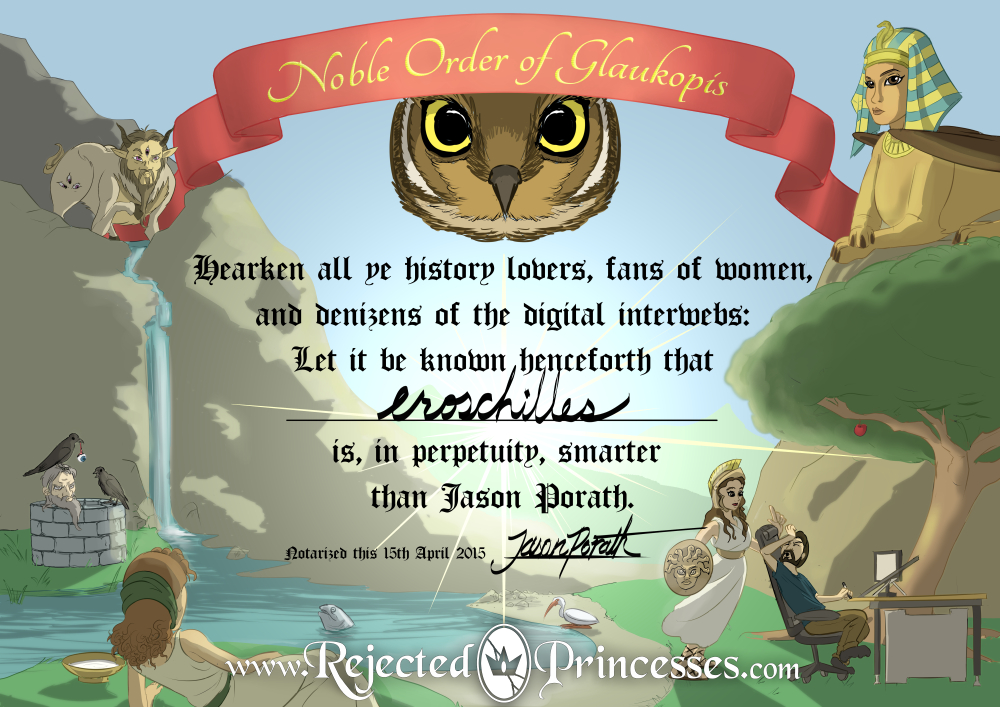 Second: you’re totally right! So here’s the thing. The story of Li Chi takes place in the ancient state of Yue, which existed from at least 6th century BCE until 222 BCE. The Han dynasty (and Ti Ying’s story) came later, as you said. So you have, in the story itself, a girl comparing herself to a heroine who wouldn’t be born for another century or two!

This happens all the goddamn time.

For example, the Trung Sisters, heroes of 1st century Vietnam, in older tellings overthrew the Chinese because they just plain hated the Chinese. Later tellings would emphasize that one of them had a husband for whom they were getting revenge. (men in refrigerators?)

Another example: the various tellings of Boudica often have her giving lofty speeches that would resonate with the modern-day issues of Rome… many centuries after her death. Meaning that the Roman historians, who could not possibly have been there or heard anything she would have said (would they have even spoken the same language?), were just putting words in her mouth. Roman historians evidently had a thing for overwrought speeches. They (and the Greeks) made up long-winded monologues for Zenobia, Tomyris, and any number of other people.

So yes. The historiography of Li Chi’s story is totally wack. I’ve little doubt her sarcastic digs at filial piety and a woman’s place in society were calculated for a later audience. Beyond that, though, I have little information.

geekyshinypretty chimed in with a bit more info:

The historical context of most Chinese stories is off like that. My favorite is Feng Shen Yan Yi with tons of elements from eras that totes didn’t exist during the setting. Most of it is due to the fact that a lot of the stories weren’t written down until the Ming Dynasty and had previously been told largely by oral tradition.  It’s honestly a miracle that the tales made it that long to be written down at all and there’s no telling how many other stories were lost over the years, but hey, those are the digs with being a Chinese literary scholar.

I’m not even exactly sure why the Ming, but Ming China was when there was increased interest in novels and such and I’m guessing someone thought it’d be a good idea to just compile the stories.  There had been earlier actual written works previously, but it kind of seems like no one thought to compile them all until around then and vernacular Chinese was made more popular around that time as well, which meant that stories and such had a farther reach to common people than in previous eras.  It can probably be explained as like differences between those who were scholars and learned in classical Chinese and those who were not, so with an education gap like that the contents of written works would be different and then when you have more accessibility, fun stuff happens.  Historically incorrect fun stuff, but fun stuff.

Oh, also, to a Chinese person, her commentary doesn’t sound like a dig at filial piety.  Contextually it sounds like she’s *showing* her filial piety by removing the financial burden of herself from her parents’ worries by honoring their best interests, which practically speaking is an actual worry many parents that live in misogynistic societies have about their daughters.  On the one hand they love them, but they know they have a limited future and literally stress about how they’re going to find money to pay for their dowry. I mean, I appreciate the sentiment of trying to make the story more empowering, but at the same time I don’t agree with changing the actual cultural context of the story to fit a Western feminist perspective since I feel like builds more walls in understanding a system that still exists today that, while it does need changing, is also rather different from how Westerners think and doesn’t address the actual economic stressers that Li Chi was discussing and trying to relieve her parents of so that they wouldn’t worry.

Thanks for the additional nuance! Much appreciated. In a subsequent critical essay, the book I used as my primary source highlights how the myth does reinforce traditional Chinese values while simultaneously offering up criticism thereof. The essay argues that while the basis of the story is strict Confucian doctrine, there’s a couple cracks in it:

Additionally, there’s a lot in there regarding Li Chi representing local community’s strength against the ineffectiveness of larger government, her reintegration into a Confucian order at the end, etc.

Obviously, I have what’s charitably been called a “reckless, Western point of view” when doing my writeups. The stance I usually take is to be in these womens’ corners, even (especially) when they’re, ah, less than heroic (*coughElisabethBathorycough*). I try to walk a line between being entertaining and academic. In this instance, I gauged it to be not worth a full-blown digression into Confucian politics. Doing a full-on cultural critique is usually outside the scope of what I’m aiming to do. That said, I don’t want to be inaccurate either. This is a situation where I should have indicated the slant I was taking on things, though. Mea culpa.

Always happy to engage outside of the main entry in a sidebar about such things, like we’re doing here. Thanks for the opportunity!

BYU Radio's "The Apple Seed: Tellers and Stories" devoted an entire episode to Rejected Princesses--part of it is an interview with me, and the rest has professional storytellers telling the tales of some women featured on this site.

How could Li Chi possibly compare herself to a Chinese heroine who was born a century after Li Chi herself? The answer gets complicated.

I’ve made corrections to almost all of the entries since initially launching this last Wednesday. I highly recommend going back…