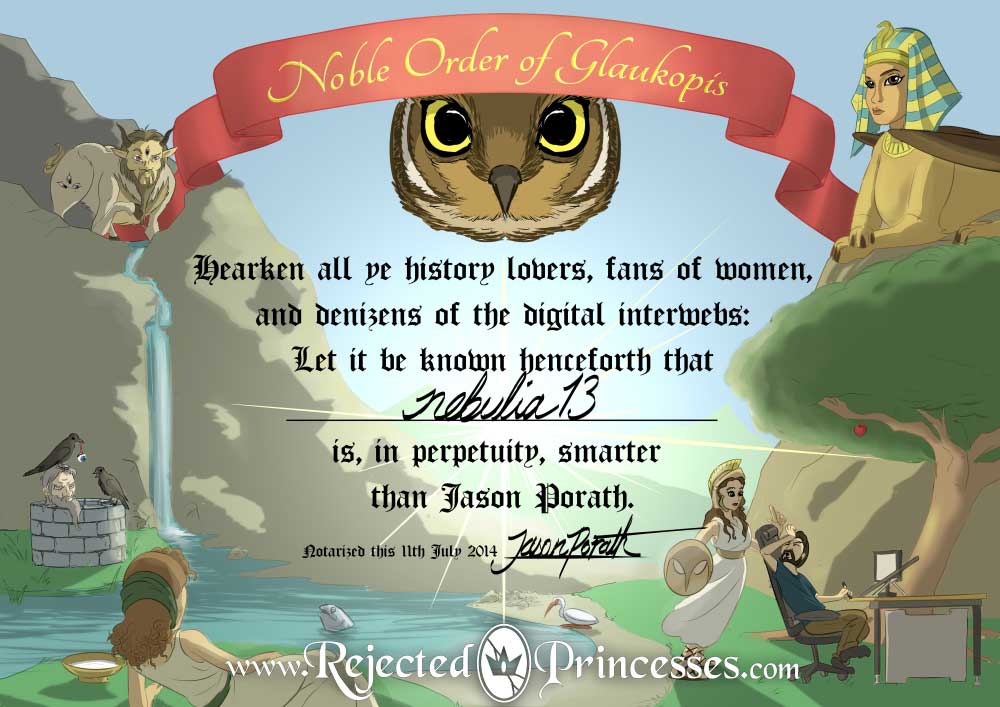 Question about fredegund: the groundbreaking of notre dame de paris was in the 12th century — how did a sixth century merovingian lady find sanctuary there? Was there a previous church on the same land? Are you referring to a different notre dame?

Now, first, your question, before I get to the nature of that image:

I had to look this up, but apparently the Notre Dame we all know and take sanctuary in is the SECOND Notre Dame! There were in fact temples there prior — one dedicated to Jupiter, and then one (constructed in the late 500s, shortly before Fredegund fled there) dedicated to Saint Etienne, which I believe to be the Notre Dame referred to in all the stuff I’d read about Fredegund.

So yeah, kudos on catching that! It had slipped right past me.

Which brings me to the nature of that there image above. I’m calling it the “Nog Prize”, as a callback to Marvel Comics’ No-Prize, which they’d give out whenever anyone wrote in with a good correction. I don’t have much of a plan on how I am going to give these out, but basically, if you write in with an awesome question or correction (not just a “I found a typo,” or “you got this slightly wrong,” although those messages are totally welcome too), then I may give one to you! As it stands, I can’t see myself giving any away for awesome suggestions (although those are ALWAYS welcome) — this is meant more as a prize for the eagle-eyed!

Or actually, owl-eyed. Glaukopis is an epithet for Athena, Greek goddess of wisdom. It references her insightful “flashing eyes”, and is often associated with the gaze of owls. There’s so much written in feminist literature about the male gaze, I thought doing something related to the female gaze might be nice for a change.

I plan on giving these away once of these a week, maximum — probably less than that. I have a couple lined up already for people who’ve written it with awesome corrections, but I promise to give one to the first person who can correctly list all of the references to wisdom-related characters/creatures/imagery in the above image. Funnily enough, I took most of them from a totally unrelated book I am writing (so you may see them again at some point in the future). Some are quite obscure!

In which I am corrected as to Mongolian wrestling!

I’ve made corrections to almost all of the entries since initially launching this last Wednesday. I highly recommend going back…

Possibly the most cartoonishly evil woman to have ever existed, this Merovingian queen was an endless source of assassination attempts - including, on one memorable occasion, her own young daughter.

This self-described "undutiful daughter" posed as a man to become the world's first female shipwright.