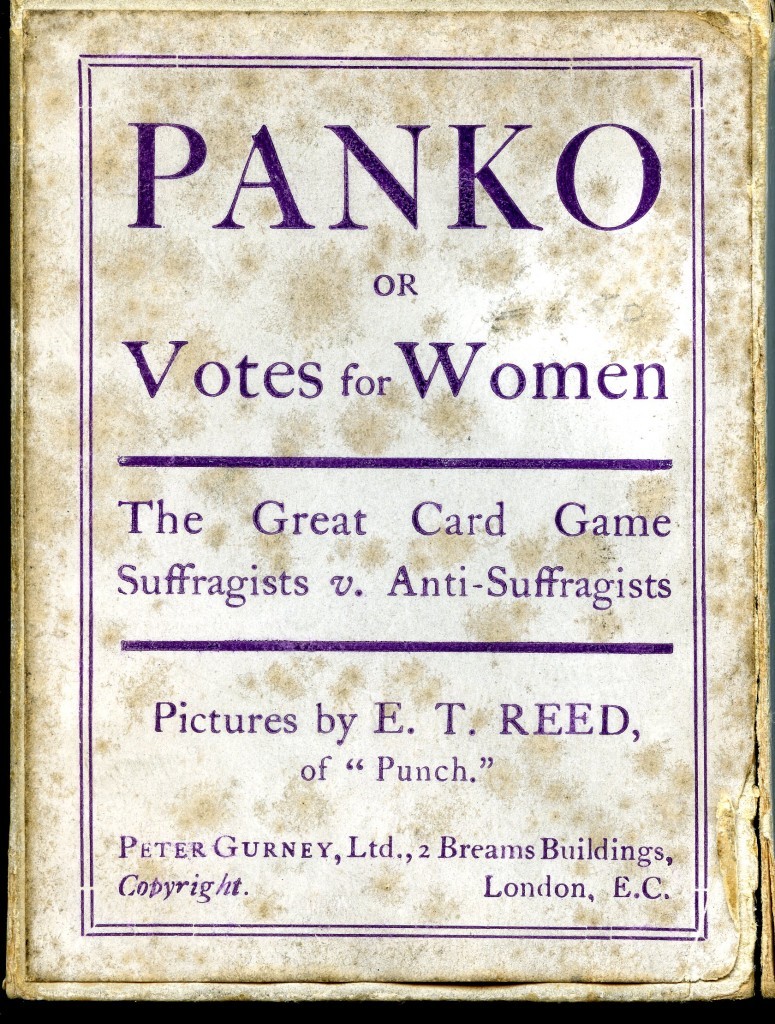 Published in 1909, Panko is a card game where players play suffragettes against anti-suffragettes, with rules again similar to rummy. The advertisement sold it thusly: “Not only is each picture in itself an interesting memento, but the game produces intense excitement without the slightest taint of bitterness.”

I don’t know about all that. 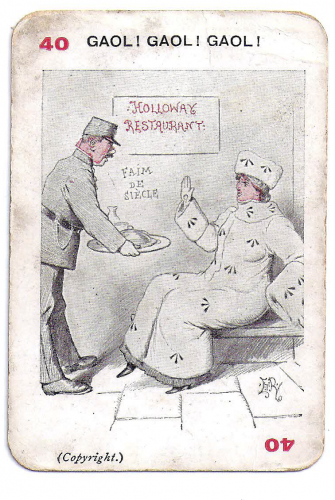 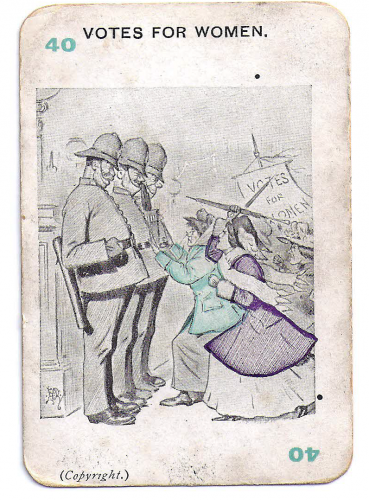 The game itself — named after Emmeline Pankhurst — was sold by the Women’s Social and Political Union (WSPU), one of the chief organizations advocating for UK women’s suffrage. Funds raised from sales backed their works. 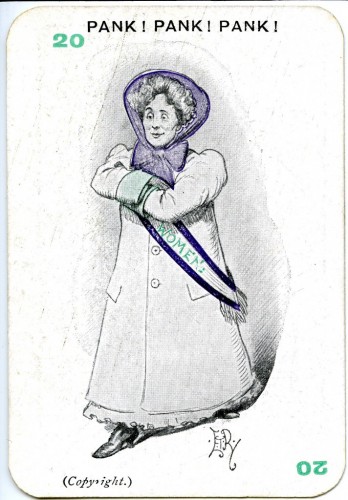 Speaking of which: Suffragette, the movie about the UK women’s suffrage movement, is out this weekend. Reviews are mixed (and its advertising has frustratingly vacillated between on-point and head-shakingly tonedeaf), but I’ll be seeing it regardless. The studios will undoubtedly be looking at its box office in the future when they think about financing anything that could possibly be compared to it, and, wildly imperfect as it might be, I still want to put some weight behind it.

Have a good weekend, y’all.

The new children's book by Greg McGoon is a fairy tale featuring a transgender princess.

An inebriated Crissle West relates the story of Harriet Tubman.

Recording this episode of @missedinhistory was so so much fun! I hope you all enjoy it! :D

If you watch American Horror Story: Asylum, you may know the song Dominique. What you may not know is that…

She turned lion hunters to lion defenders, was slept on by a lion, and got a dentist to work on a leopard - quite a story!