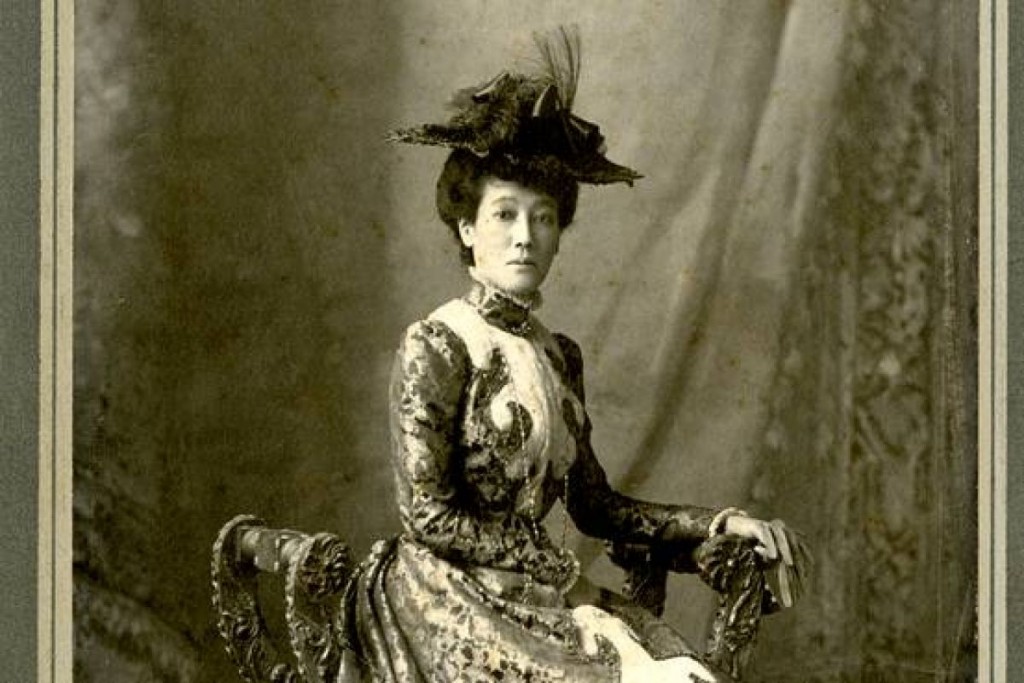 ‘Daughters of the Samurai’ Sheds Light on a Strange Chapter in U.S.-Japanese History – Speakeasy – WSJ
In 1871, five Japanese girls were sent to live and study in the U.S., and become versed in Western culture. Their mission was to immerse themselves in Western customs and education, so they could one day return to their native, Meiji era Japan and share what they had learned.The two oldest of the five girls, who were between 6 and 14 years old, struggled upon arrival and left the U.S. soon after. But the remaining three — Sutematsu Yamakawa Oyama, Ume Tsuda and Shige Nagai Uriu, all from samurai families — stuck it out, living with American foster families and studying in local schools. When the time came, they embarked on equally fraught and convoluted journeys back home to Japan. Their stories are chronicled in the new book, “Daughters of the Samurai,” by Janice P. Nimura.

In 1871, five young Japanese girls were sent to live in the US, to build a bridge of understanding between Japan’s isolationist culture and that of the west. Their strange, heartbreaking story was all but forgotten – even by the time they went back to their mother country.

Just posted: the conclusion to the tale of Lyudmila Pavlichenko, history's deadliest female sniper! Click here to check it out!

Actress Hedy Lamarr's dual identities as sex icon and brilliant inventor so baffled the press that the latter went virtually unknown for decades.

When a 17-year old female gamer by the handle of Gegury appeared on the professional Overwatch scene, other players were upset enough by her wins to demand an investigation. When she proved conclusively that she wasn't cheating, just better than them, the players who made the accusations quit their team.