History That's More Than 2-Dimensional.
Frida Kahlo And Other Historic Women Are Being Made Into Barbies | HuffPost
Mattel is also honoring a few living legends, including Olympian Chloe Kim, this International Women’s Day.

The lineup is definitely more wide-ranging than I expected. 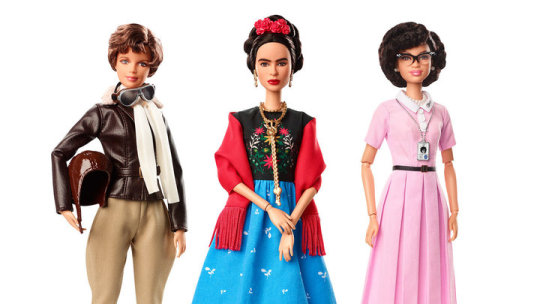 We start with Amelia Earhart, Frida Kahlo, and Katherine Johnson (of Hidden Figures fame – who, at 99, consulted on what her figure should look like!)

It is worth stating upfront that Kahlo’s estate was apparently not consulted and they are not happy.

Then we have many more modern figures, very few of whom I was expecting: