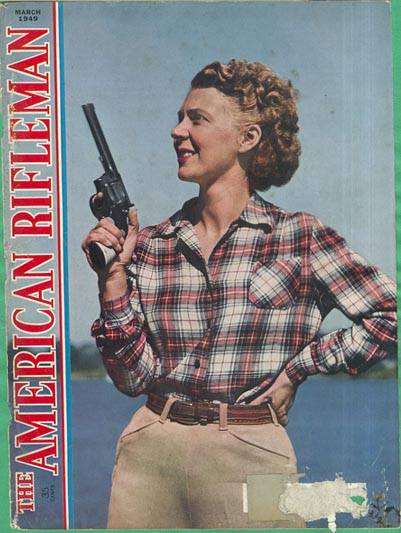 From the National Women’s History Museum:

In December 1939, 17-year-old Gloria Jacobs set a world record in shooting. She scored 299 out of 300 on a 30-shot course. Jacobs became the first woman to hold a world pistol record. Jacobs set 13 world records and once said “The ones I like to win were against the men.” (Photo Credit: The American Rifleman)

She turned lion hunters to lion defenders, was slept on by a lion, and got a dentist to work on a leopard - quite a story!

In 1939 Jacobs won a national pistol marksmanship competition. Contemporary reporting noted that she broke the record that had previously been set by an FBI agent.

In the 1890s, bicycles were seen as an instrument of feminism - so the powers that be "discovered" a health condition called Bicycle Face, to get women to stay put.

Catch News recently did an interview about RP. Give it a read, why not?