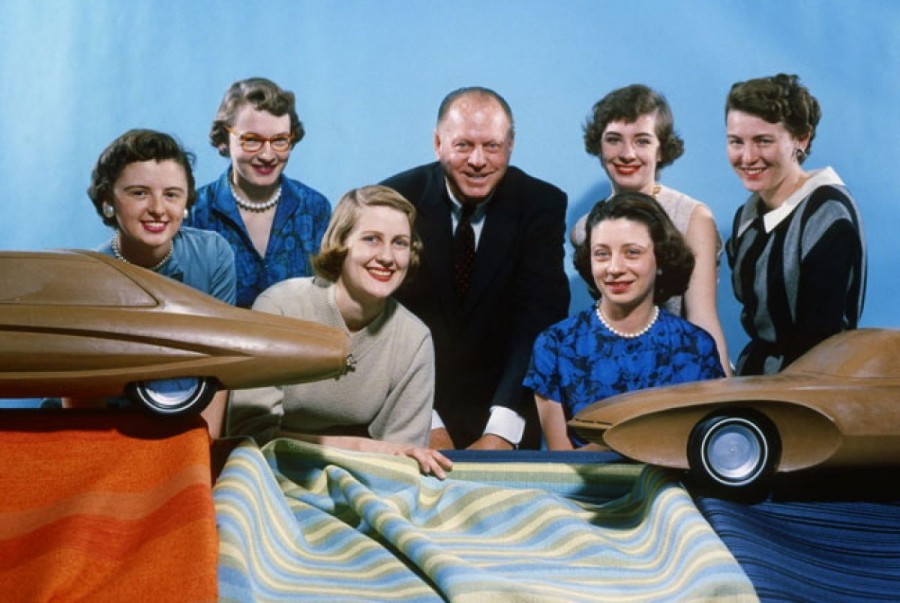 The Story Behind GM’s Celebrated ‘Damsels of Design’ – Core77
Spend any time researching pioneering female designers and you’ll likely run across General Motors’ so-called Damsels of Design, a group of ten women brought on board by the automaker in the mid-1950s, and the first prominent all-female design team in American history. But not a lot of people know the full story of the Damsels, which is not quite the tale of female empowerment you would hope for.

“What distressed most of us was that we could never be identified as just designers. We were always ‘la femmes’, or ‘the female designers’, … but as designer[s], we designed the same as the men did.”

Did you know the model for Rosie the Riveter had been misidentified until last year? Meet Naomi Parker-Fraley, 95.

I went *deep* on this podcast with my friend Allison Moon. I think it turned out pretty great.

The Women Resurrecting An Ancient Epic of Women Warriors

Uzbeki women are putting on a stage retelling of the tale "Forty Girls" about a teen girl who rejects marriage in favor of hanging out with 40 horsewomen on an island.

In short: I wanted a pithy title. In long: I'm not the one doing the rejecting -- the thing is, the big studios don't think they are, either. All is explained inside.

Indigenous lawmaker who united warring tribes under a unified code of laws that she made herself.

When her husband was killed by conquistadors, this native Chilean showed the Spanish what "fight like a woman" really means.