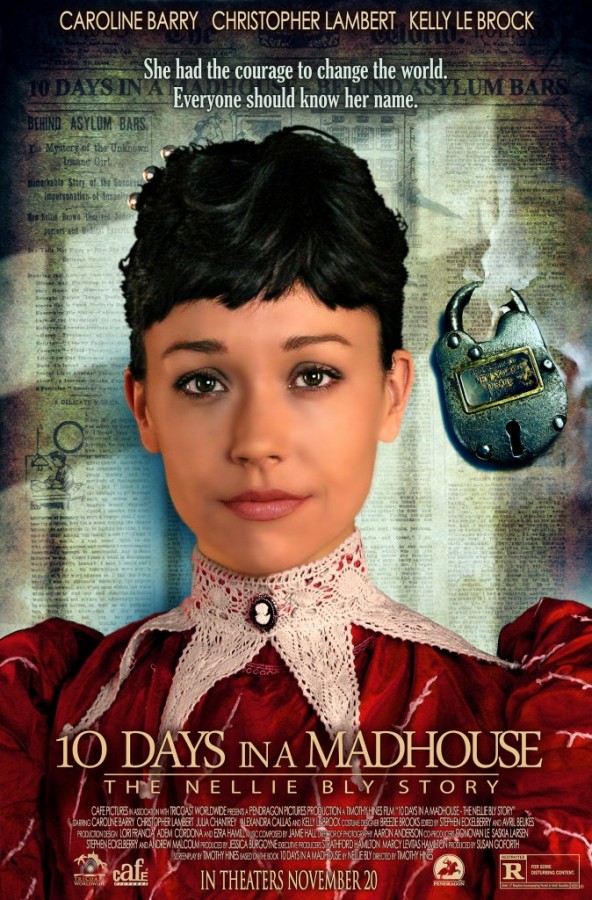 Fearless Feminist Reporter Nellie Bly Hits the Big Screen
Modern-day news consumers have long forgotten about 19th-century reporter Nellie Bly, despite the fact that she was the most impressive journalist of her time.

Bly’s undercover reporting on the horrific conditions of an insane asylum – for which she was trapped inside for 10 days without help – were some of the most important reporting of her day. At last we get a movie commemorating that.

(years after this movie takes place, Bly once again made history by speeding around the world in faster than 80 days — in a race against another female reporter, Elisabeth Bisland, who was doing the same!)

Most scholarly articles are accessible only behind paywalls that sometimes not even their own authors have access to. Elbaykan created a website that bypasses these paywalls, providing free access to millions of articles.

In the 1960s she was known as the world’s most exclusive madam, whose clients were said to include John Kennedy, de Gaulle, Onassis, and multiple Rothschilds.

Woman gives herself a C-section and saves her own baby

Both mother and child survived and are fine.

Women on (or off) the internet receive a troubling amount of harassment. Temple-Wood decided to channel this to positive ends, so every time she receives a harassing e-mail she adds an article about a woman scientist to Wikipedia.

She started exercising in her 50s, and now after turning 80 starts each day by running ten miles.

When the true king of the Scots came to reclaim the throne, this spirited woman went up against her husband to back her chosen sovereign.