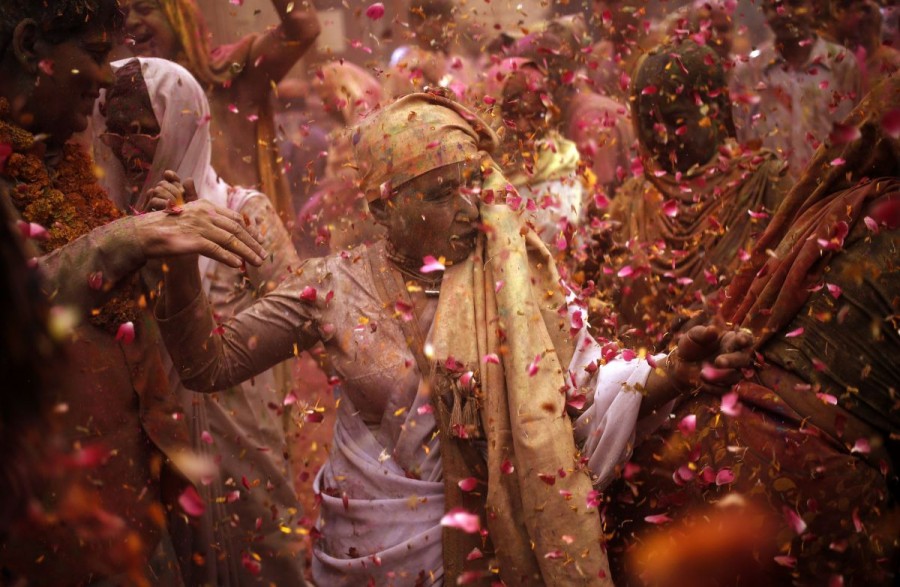 In joyously celebrating the festival of Holi, the Indian widows “violated a 400-year-old Hindu tradition… [which] demands that women renounce earthly pleasures after the death of their husbands and live out their days in worship. These women often are ostracised by the society and considered cursed.”

It’s not the first time they’ve broken tradition by celebrating, but it is nonetheless worth recognizing.

When three-year-old Nellee Rossi told her dad she dreamed of being Wonder Woman, he spent hundreds of dollars recreating the movie costume, and then had a photo shoot to recreate some of her iconic film scenes.

Apparently 15th century Morocco had a coven of lesbian witches.

In which your intrepid author is tasked with finding information on an obscure Moroccan coven, and tracks down all there is to know within nine minutes.

We kick off Amazon Week by meeting Worthy of Armor, Don’t Fail, Princess, Battle Cry, and Hot Flanks - and exploring the historical evidence for amazons!