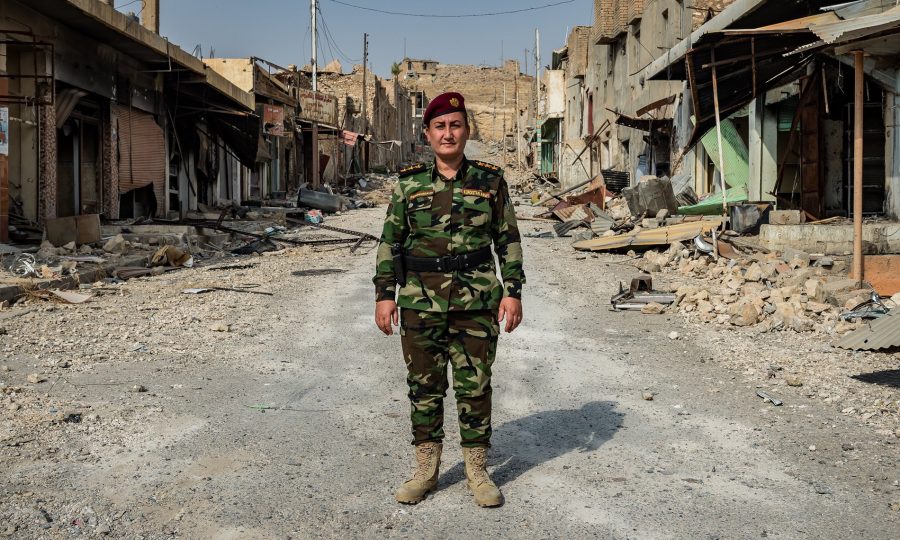 Women warriors: story of Khatoon Khider and her Daughters of the Sun:

After what happened to Yazidi women and girls, I decided to stop singing until I take revenge for them,” she says. “Maybe I will go back to music, but I think this job as a soldier will be a long one.”

(As a side note: There’s dozens and dozens of these sorts of stories that are constantly mailed to me. I am usually uncomfortable posting them, as there’s a legitimate case to be made that they are wartime propaganda. Most I’ve seen have been poorly written, poorly sourced, and slanted to encourage cheerleading over critical thinking. What sets this one apart for me is its in-depth interviewing, and focus on who she is as a person over the ‘ISIS/ISIL/Daesh fears women’ narrative.)

(thanks to Becca for sending this in!)

Next: How One Restaurant in Afghanistan Improves the Lives of Women
Previous: Elle Fanning to Portrays Mary Shelley in New Movie!

Daring journalist who infiltrated insane asylums, exposed slavery rings, and raced around the world in under 80 days.

After escaping the Armenian Genocide (by walking across the Syrian desert while pregnant), this woman went back into Armenia to rescue her sons, then made her way to America -- where she invented the recipe for Rice-a-Roni.