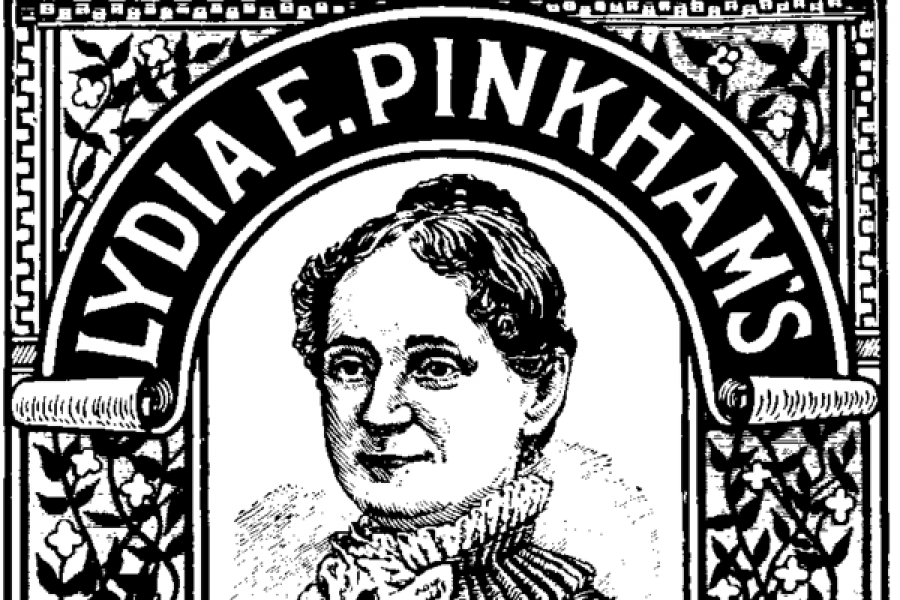 The First Woman To Put Her Face On Packaging Got Trolled Like Crazy | Atlas Obscura
“You ought to feel solemn… that your face pervades the mind of the nation like a nightmare,” wrote one early hater.

“Some confused newspapers began using Mrs. Pinkham’s face to stand in for other famous women, including Susan B. Anthony and a few presidents’ wives.”

And then, as you could imagine, her bold public stance brought in a tide of haters. If you’ve ever seen flame wars on the Internet, you know what you’re in for with this article.

(If Pinkham and her vegetable compound reminds you of “Lily the Pink”, that’s where the song originally came from–it’s an update of an older folk song called “The Ballad of Lydia Pinkham.” In the original, the lyrics “most efficacious in every case” were “and now all papers print her face.”)

RP on Stuff You Missed in History Class!

Yours truly guest stars on the Stuff You Missed in History Class podcast to talk about Rejected Princesses, historical women, and historicity.

The Woman who Defended a Castle for Three Years

With a scant handful of helpers, this woman held off hundreds of attackers for THREE YEARS.

7 Tough Women from the Wild West

Most people know of famous men from the Wild West, but here's a list of seven women you might not know.

A woman who got stranded in the woods had to give birth alone in her car. Things went downhill from there.