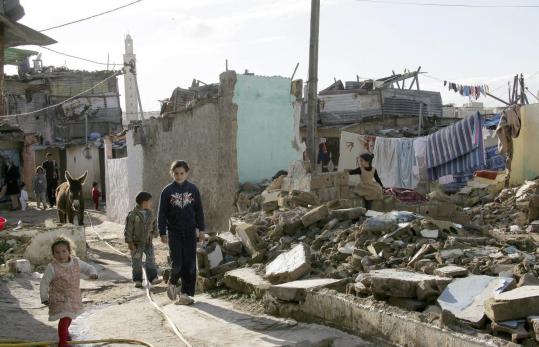 If you were to open up the Moroccan newspaper l’Opinion at any point in the 70s, 80s, or 90s, you would likely see a firey screed from journalist Aïcha Mekki blasting the second-class treatment of women, highlighting the plight of the city’s downtrodden, or railing about the despicable conditions in which the city’s poorest residents lived. However, the louder she was, the more she was swept under the rug – until, at the height of her investigations into drugs and prostitution, she died under suspicious circumstances.

Mekki, born into a well-situated family as Rqia Fetha, became acutely aware of the inequality all around her as a teenager.  When her mother remarried, Mekki became a direct witness to alcoholism, domestic violence, and how the judicial system was stacked against women.

Although Mekki’s career started with her as merely a radio/TV talking head, reading off publicity spots, she quickly delved much deeper. On a routine report in the slums of Casablanca, a young man passed her a note, asking for her to help signal the plight of people in his position. This, combined with her past, lit an unquenchable fire in her.

Over the next two and a half decades, Mekki threw herself into investigations. She specialized in judicial proceedings, befriending the most marginalized of Moroccan society: the homeless, the mental ill, prostitutes, abused women, maids, and other downtrodden populations.

Reporting on this cost Mekki dearly. She was censored. She lost work. Soon she was unable to afford electricity or running water, and began living in the same slums she reported on. She wrote her columns by candle light.

In 1992, firefighters, responding to a report of a peculiar odor, broke into Mekki’s house and found her dead at age 42. Although the coroner claimed Mekki’s death to be a natural one, many claimed it was either suicide or, more likely, assassination. In Mekki’s pocket, the firefighters found the note from the young man given to her all those years ago.

Unfortunately, the problems she decried continue on. In 2003, 12 young men from one of the worst slums in Casablanca, frustrated at their continued marginalization, killed themselves in a coordinated suicide bombing. Following that, the government began cracking down on slums. Just last year, the slums in which she lived, and on which she reported, saw rioting when the government sent in bulldozers to flatten it.

Mekki was buried in the martyrs cemetery in Casablanca. The “Aïcha Mekki” prize, created in 1994, recognizes achievement in judiciary reporting. Mekki’s work still serves as a foundation for a new generation of women to continue the fight for political and social change.

Source: Political Women in Morrocco: Then and Now by Osire Glacier (Note that this book, according to this page, seems to have some inaccuracies. However, with all sources being half a world away and in a language I can’t read – even the afore-linked criticism is in French – I can’t really get to the bottom of this, myself. Heck, I couldn’t even find a picture of her.)