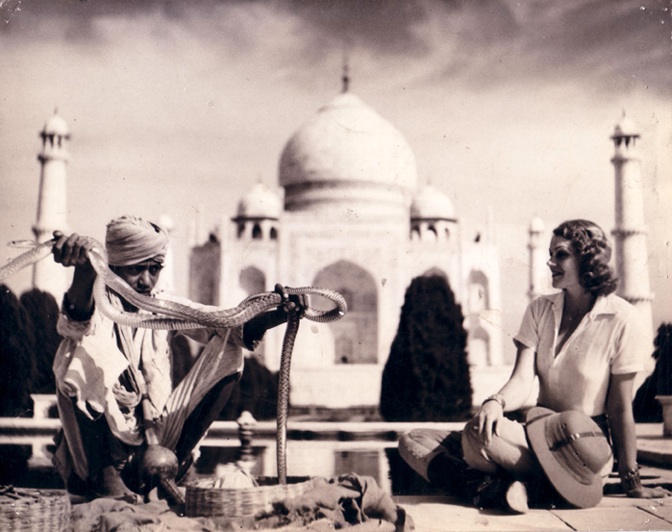 Aloha Wanderwell (born Idris Hall) had an interesting life. At 16, she applied to Walter Wanderwell’s casting call for an endurance race around the globe in Ford Model Ts. Together with him, she wandered across the world as translator, driver, and filmographer on adventures that included:

Throughout their journeys, the two fell in love and were married — although this was quite possibly to keep the FBI off Walter’s back, as he’d long been suspected of being a German spy. Their marriage lasted just seven years, as Walter was murdered on their boat in Long Beach, possibly by a mutineer from one of their previous adventures.

After her husband’s death, Aloha continued traveling, learning to fly a seaplane and heading to Indochina. She was definitely an imperfect person – she recounted on more than one occasion shooting elephants for what sometimes seems like hardly any reason – but she nevertheless broke down barriers for women travelers and was one of the most famous women of the era. She died peacefully at the ripe old age of 89.

When flying cannibal ghosts kidnapped two women, there was no man that could save them. But there was a woman.