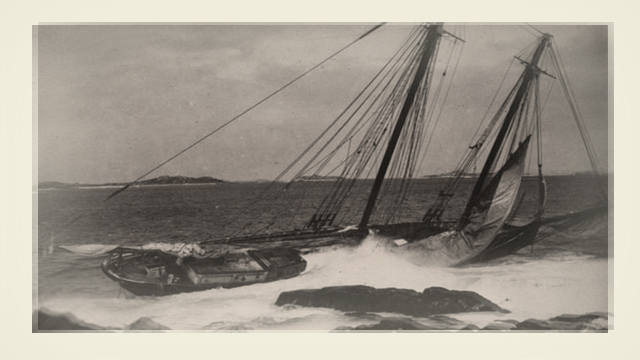 Early on the morning of July 12, 1828, 17-year-old Ann Harvey spotted something odd in the water where she was fishing — a bed. Realizing there must be a shipwreck nearby, she fetched her father, younger brother, and their dog Hairy Man, and soon confirmed her suspicions. The survivors of a recent shipwreck were stuck unable to get to shore. There, many were left to the mercy of the relentless waves, some hitting them strong enough to rip babies from their mothers’ arms. The Harveys spent the next three days conducting non-stop rescues, with even Hairy Man paddling out with lengths of rope in his mouth to save them. The Harveys relocated the shipwreck survivors to their property, where they constructed lean-tos, fed and sheltered them until help arrived. In all, they rescued over 160 people and spent their entire winters’ rations in the span of a week feeding the survivors.

Then, most incredibly, Ann did the same thing 10 years later, rescuing 32 shipwrecked sailors with the aid of her father.

In 1987, the Canadian Coast Guard honored her bravery by naming one of their rescue ships after her.