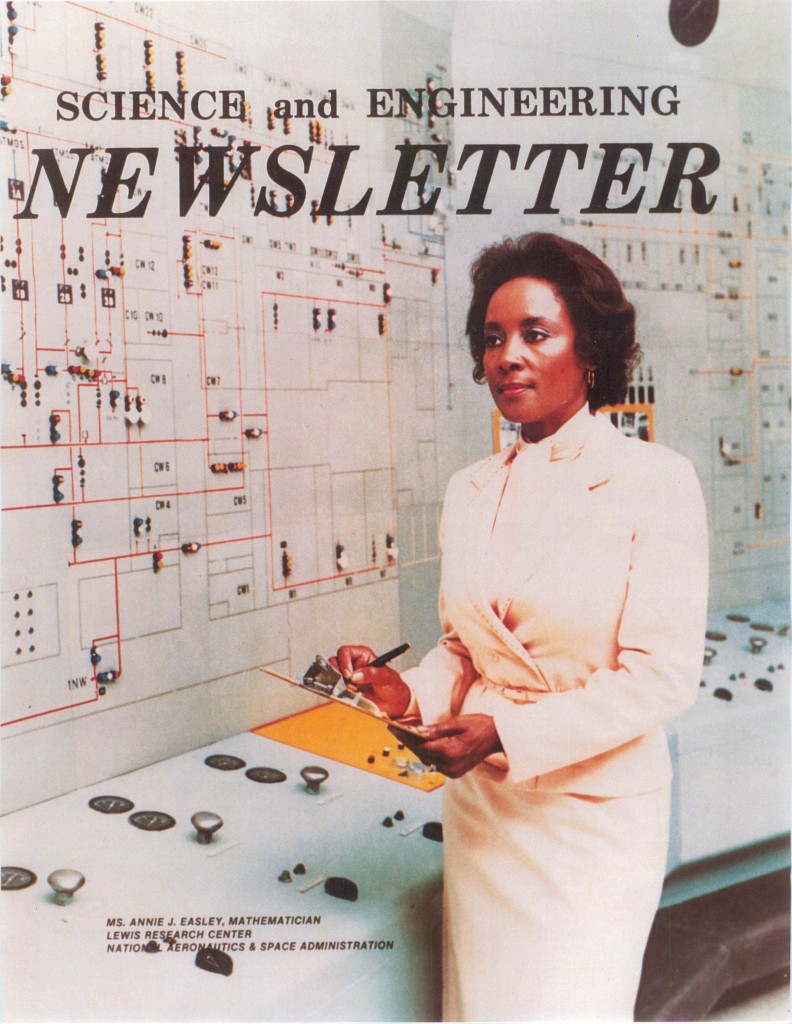 Let’s start off Women’s History Month by talking about Annie Jean Easley. Annie was a mathematician, engineer, and NASA rocket scientist in the 60s. As you might imagine, that didn’t come easy.

Annie was born into deeply segregated Alabama prior to the Civil Rights movement. As an African-American, she was required to take literacy tests and pay money in order to vote – despite being a college graduate and valedictorian of her high school. Undeterred by this, not only did she cast her vote, but she spent much of her time helping others pass the literacy test so they could too.

“If I can’t work with you, I will work around you.”

After moving to Cleveland with her husband and finding that the nursing program she’d wanted to enter had shut down, she applied on a lark to NACA (the predecessor to NASA). She worked there for many years as a human computer, while simultaneously pursuing a degree in mathematics. She moved on to doing Symbolic Optimal Assembly Programming (SOAP) on punch card machines (IBM 650s and 740s), and then many years of FORTRAN programming.

She had to fight every step along the way. When she received her degree after many years of concurrently working at NASA, the management required she get more training before promoting her (a requirement not made of new hires). When NASA refused to help pay her tuition (although they did for others), she paid it herself. When they refused to give her paid leave to finish her degree, she took unpaid leave. And after a 34 year career without promotions, she didn’t look back on her time with bitterness – she was happy to have contributed to the advancement of humanity and the sciences. Of the endless series of microaggressions she suffered, she later said:

When people have their biases and prejudices, yes, I am aware. My head is not in the sand. But my thing is, if I can’t work with you, I will work around you. I was not about to be so discouraged that I’d walk away. That may be a solution for some people, but it’s not mine.

“You can do anything you want to, but you have to work at it.”

Her research on energy usage was used in the Centaur rockets, which laid the foundation for all rocket projects to come thereafter — as well as technologies like hybrid car batteries.

She continued pushing herself and trying new things even into her later years – learning to snowboard at age 68. When talking about her late-life achievements, she simply remarked:

You’re never too old, and if you want to, as my mother said, you can do anything you want to, but you have to work at it.

Rise of the Rocket Girls
A new book tells the story of the women who worked at NASA in what would later become the Jet Propulsion Laboratory.
Next: Şafak Pavey
Previous: Aloha Wanderwell