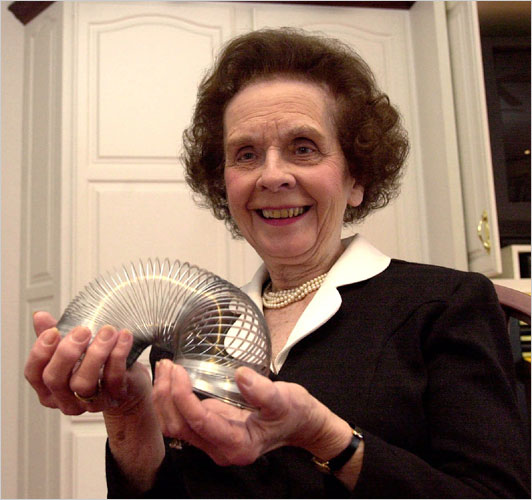 The Invention of the Slinky
How the world’s simplest toy endured through religious cults, a seven-figure debt, and an unlikely change in leadership to find success.

In the 1940s, Betty James’s husband invented a new toy which she named the Slinky. In 1960, said husband joined a religious group in Bolivia, leaving her with six children, millions of dollars of debt, and the choice to either run the debt-ridden company (when she knew nothing about business) or sell it. She chose to run it.

(image from this obituary)