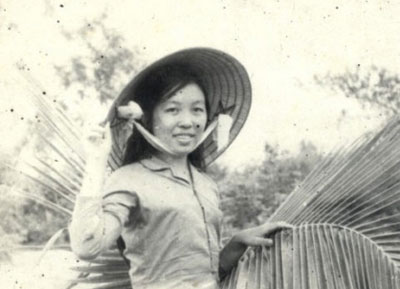 Đặng Thùy Trâm was fresh out of school when she joined the North Vietnamese army as a battlefield surgeon. The Vietnam War (or The American War, as it’s known in Vietnam) had just broken out and was engulfing the entire nation. She was a patriot for her country and willingly signed up, but she was unprepared for what she saw there. In order to deal with the overwhelming horror, sorrow, and loneliness, she began writing about it in her diary. It was not a diary about combat – it was about someone going through some of the worst life had to offer and still finding beauty in the world.

After her death in the war, that diary was found by a US soldier named Fred Whitehurst. His interpreter, after confirming it had no actionable military intelligence, begged him not to destroy it: “Fred, don’t burn this. It has fire in it already.” Against all regulation, Whitehurst kept the diary. For 35 years.

“Fred, don’t burn this. It has fire in it already.”

When her story was published in July 2005, it became a massive bestseller in her native Vietnam, selling over 300,000 copies (most books only have a run of 2-4,000 copies). In America, it was published under the title Last Night I Dreamed Of Peace. It gave a point of view to the war from someone scared and optimistic, who loved her country but could also be critical of its choices. It has, according to much of the reporting around the book, helped Vietnam as a nation grapple with its own past.

The process of getting the diary out into the world changed Whitehurst’s life. Although he worked with the FBI after the war and engaging with a communist country such as Vietnam was tantamount to career suicide, he kept quietly searching for Đặng Thùy Trâm’s family. When he finally found them, he discovered a kind, gracious, and incredibly human family — who adopted him. He now visits his Vietnamese mother regularly, and counts Đặng Thùy Trâm’s sisters as his own.

You can hear about this, in much more detail, on this award-winning podcast for KCRW’s Unfictional.

Possibly the most cartoonishly evil woman to have ever existed, this Merovingian queen was an endless source of assassination attempts - including, on one memorable occasion, her own young daughter.