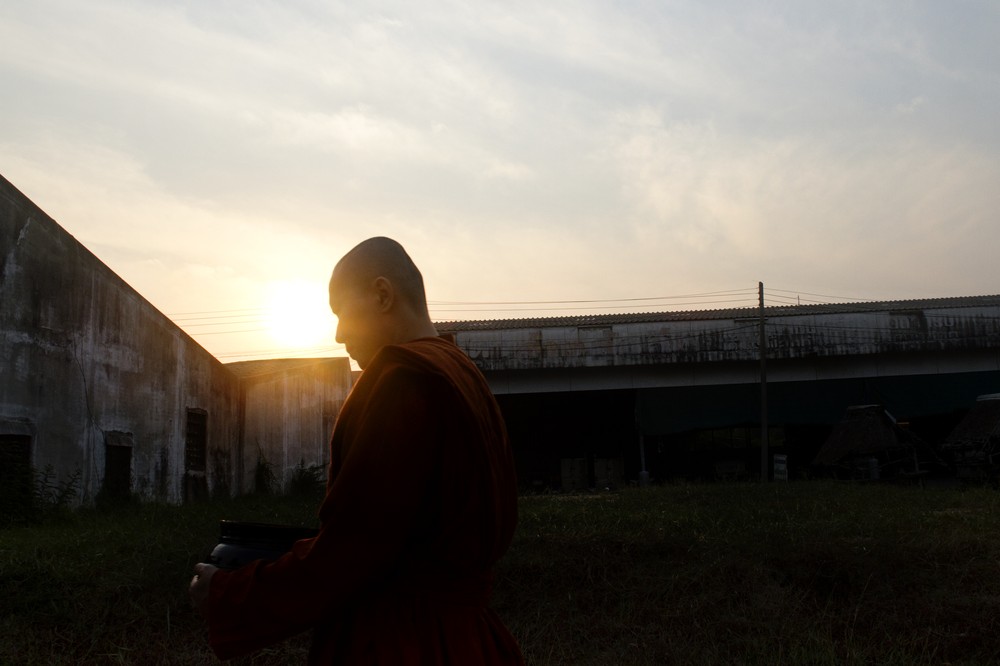 A Thai buddhist nun [not Lumchuan] (via Al Jazeera)

While browsing Jessica Amanda Salmonson’s stellar Encyclopedia of Amazons, I came across an entry very different from the standard tales of ancient warrior women. Here, I share with you the story of Lumchuan:

Lumchuan: (A.D. 1928?-1985) A Thai Buddhist nun raised in a monastery with other girls and boys, all tonsured and not exposed to gender distinctions. In her teens, she left the temple, and, her hair still quite short, signed on as a merchant marine and sailed the world. She was involved in bar brawls from Manila to Denmark and had many startling adventures. After seven years, she had lost much of her androgynous appearance, and it had become more difficult to disguise her figure. A captain’s wife, visiting the ship, saw instantly what her mates had never guessed. Lumchuan cursed the captain for firing her. “Haven’t I been a good sailor? You know it! To hell with you!”

The next phase of her career took her to the opposite extreme, when, as a traditional Thai dancer, she embodied all that has been considered classically feminine. She danced for the royal family, amassed a small fortune, and married above her class. Unfortunately, her husband died two years later in a boating accident, and his upper-class parents cast out the farmer’s daughter, refusing her her only child.

Soon Lumchuan, better known by her androgynous name of Lek, was operating a restaurant on the piers of Bangkok, serving meals to navy and merchant men, some of whom she had previously sailed with. Here she met an American merchant marine, and, after a romantic courtship, they were married in a Buddhist temple and later, in America, in a Christian church, pleasing both families. As a stepmother, she became a beloved role model for the author of The Encyclopedia of Amazons.

An Amazon to the end, Lek was killed in her midfifties in a fight in Thailand, having it out with a fellow who had earned the name of One-Arm because he’d had the other arm cut off by family avengers after a previous killing. His luck was to be even worse for his newest victory. Lek’s family took One-Arm and his bicycle on the then-new Thai freeway and threw them off the back of the pickup truck traveling eighty miles an hour, so that it would look like he was run over on his bike.

Once I realized Lumchuan was the stepmother of the author of this incredible compilation of amazon histories – and that the book had obviously been done in part to honor her memory – I had put it down for a bit and share it with the world. What astonishing human beings, the both of them.