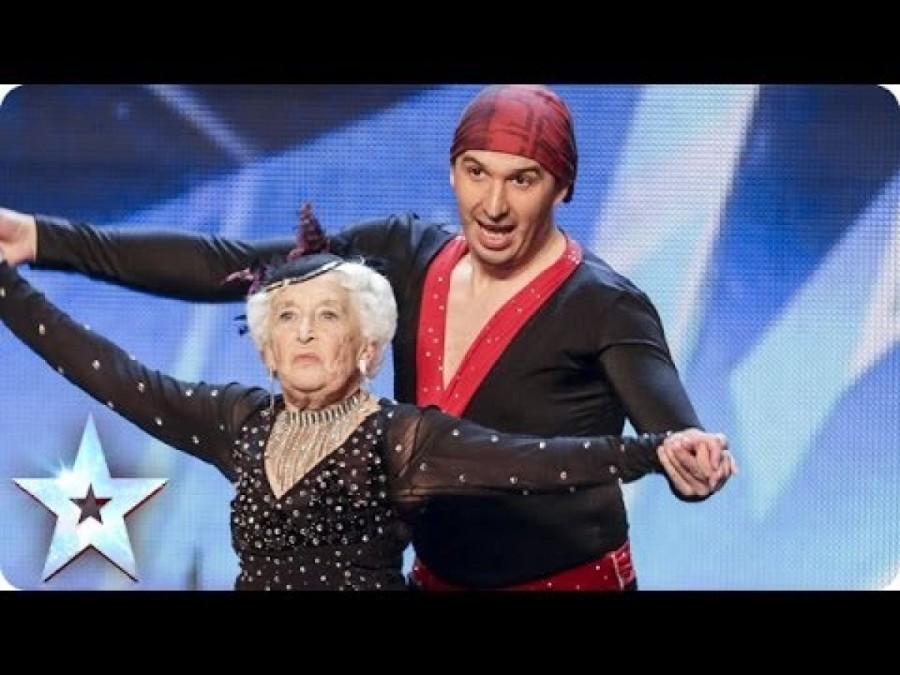 I wish I was this cool at a quarter of her age.

This video is of Sarah “Paddy” Jones and her dance partner and instructor, Nicolás “Nico” Espinosa, from the Spanish show El Hormiguero 3.0. You can watch it and the subsequent interview segment on YouTube, but unlike the above version there are no English subtitles.

Paddy Jones is recognized by Guinness World Records as the world’s oldest acrobatic salsa dancer–and rather than dancing her whole life, she stopped at the age of 22 to get married and only took it up again after her husband’s death in 2003. Mrs. Jones previously won the Spanish talent show Tú sí que vales in 2009, and in 2014 finished ninth place in Britain’s Got Talent. You can see her and Nico’s audition for that here.