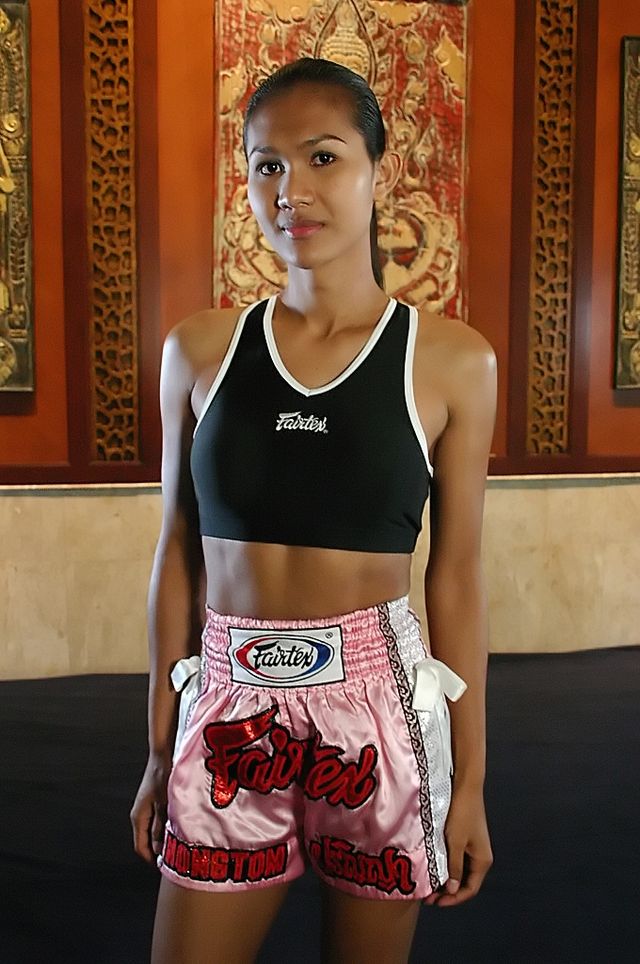 The beautiful boxer
For Parinya Charoenphol, it took a lot of strength – physical and otherwise – to become the person she always knew she was.
Charoenphol [aka Nong Toom]’s mother gives her a bath every time she visits and the famed boxer still loves to run around in front of her parents, who laugh and say that she’ll never grow up. Whether as a young boy or now, a grown woman, Nong Toom loves to make her parents laugh.

Parinya Charoenphol had a rocketing career as a Muay Thai kickboxer – 20 wins and 18 TKOs – where she made a name for herself as a gay teen boxer with heavy makeup. Her work was all towards one goal, though: saving up enough money for a sex change operation.

Since transitioning to a woman, Charoenphol has starred in a number of movies and even had her own biopic, Beautiful Boxer. Her mere presence has helped turn assumptions about the male-dominated sport of Muay Thai – and the conservative social underpinnings thereof – on their head.

See also this article in the Guardian about her movie (which, fair warning, takes a, erm, less nuanced approach to the language surrounding her gender).

Through years of unrelenting protest, this Nigerian teacher felled a king, won women the right to vote, and taught all of Africa how to protest.