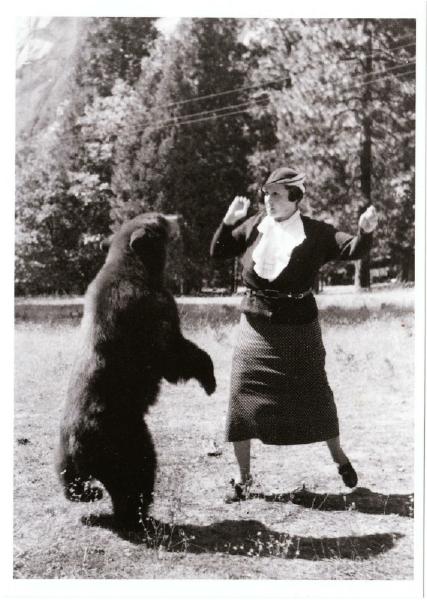 Excluded from the men-only Explorers Club, they established their own group for adventurers.

The founders had collectively covered hundreds of thousands of miles across five continents, in a time before mass air travel – but the press kept to reductive questions like, “did you become enamored of a sheik?”

Seen above is Sally Clark (1883-1982), early member of the Society of Women Geographers (SGW), dancing with a bear in Yosemite. The SGW was founded by a number of women frustrated that their legitimately daring adventures were belittled in the press as playful romps. Excluded by the sexist men-only Explorers Club, they founded their own society, that continues to this day. Its members have included Amelia Earhart, Margaret Mead, and Jane Goodall.