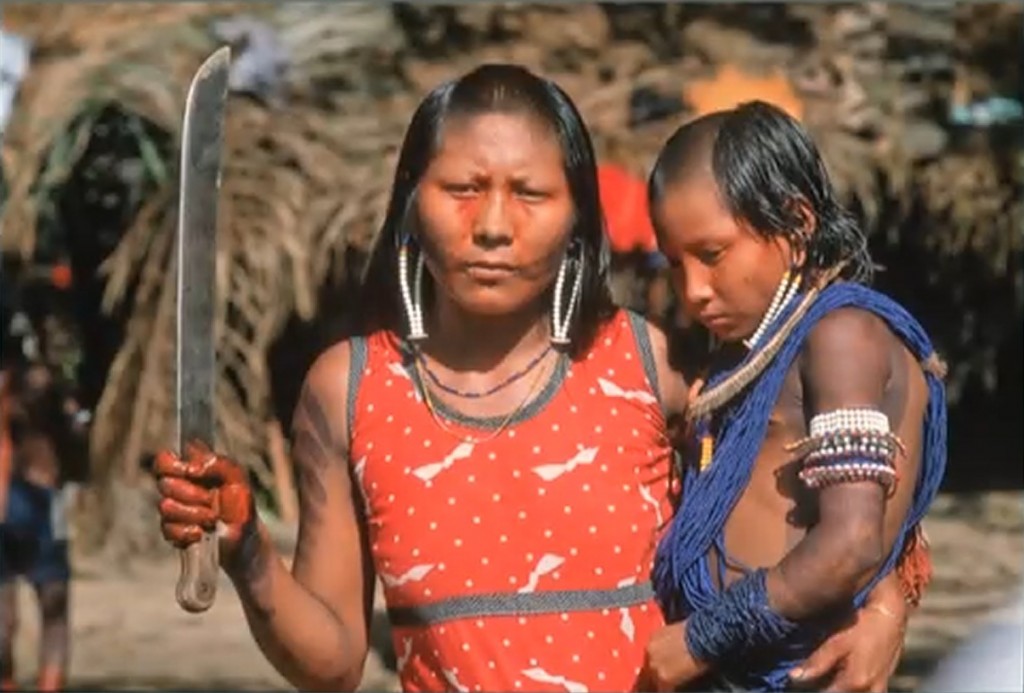 In 1989, Brazilian TV broadcast a startling sight: a topless women in warpaint running a machete blade across the face of a terrified engineer. 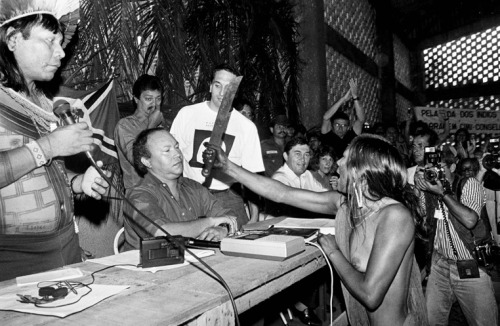 This was Tuira, a warrior woman of the indigenous Kayapó people. The setting was a conference discussing the building of a dam that would flood her ancestral lands. She ran her blade across his cheeks three times, close enough to shave his facial hair, and told him, in her native tongue: “You are a liar – We do not need electricity. Electricity is not going to give us our food. We need our rivers to flow freely: our future depends on it. We need our jungles for hunting and gathering. We do not need your dam.”

“We need our jungles for hunting and gathering. We do not need your dam.”

Shortly thereafter, the World Bank cancelled a $500 million loan to Brazil, and the plan to dam the Xingu river was shelved.

However, the government came back around. As of 2008, José Antônio Muniz Lopes, the engineer who was threatened in 1989, had become president of the state electric holding company (ElectroBras), and was once again moving forward with the plans for a dam. Tuira showed up once more to scold the industrialists, but in the end, she and her people lost the appeal. 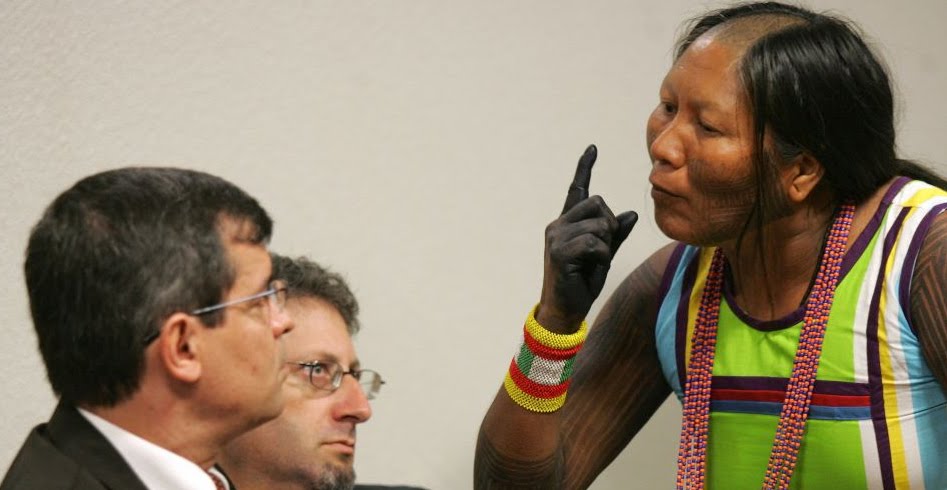 Despite massive protests from the indigenous people living there, the government went ahead with building the Belo Monte dam. As of December 2014, it was scheduled to stop up the river this month, and in so doing, flood much of the area in which the Kayapó and others live.

Antonio Melo, of the Xingu Vivo anti-dam campaign, said this of the indigenous tribes: “Belo Monte is gradually weakening them. It’s very sad to see. We’ve been fighting together for 30 years, but now they are succumbing to drugs, drinking and prostitution… the dams produce cheap electricity, but the cost is paid here in the destruction of the environment and the destruction of people’s lives.”

(thanks to Kāleo Ten for sharing this!)

This Indonesian queen ruled wisely and justly in life, and was deified as the embodiment of all evil after her death. The story of why gets a bit complicated.