Here’s another batch of before/after revamps for the book. The original is on the left, the revamp is on the right. I added some commentary this time as to my thinking for each one. 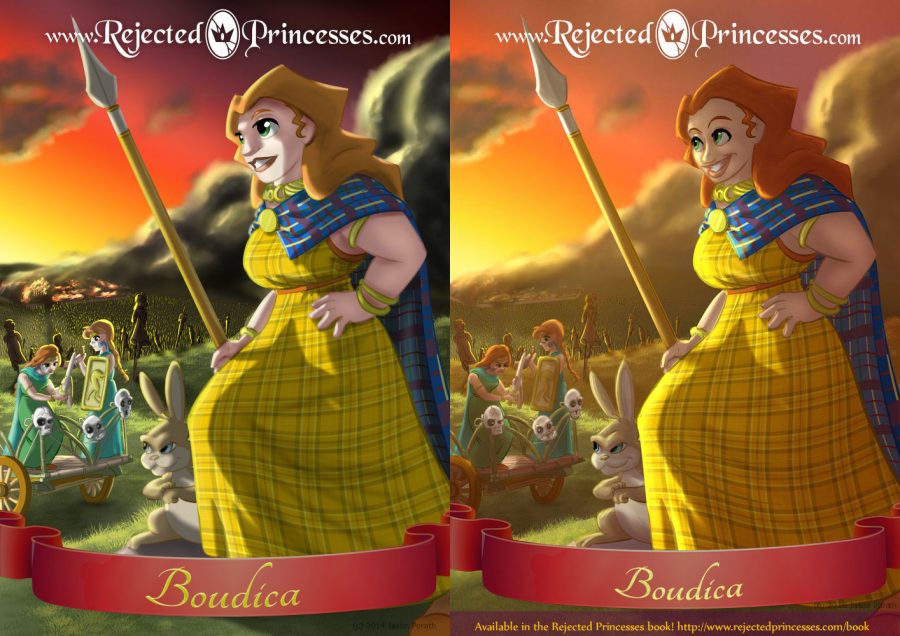 The underlying drawing on Boudica‘s original illustration was mostly okay, but I wanted to redo her face – she looked too froglike, and it didn’t have enough character. The colors were also too dark and unsaturated, so I tried balancing everything out across the image – and getting more foreground/background separation in the process. 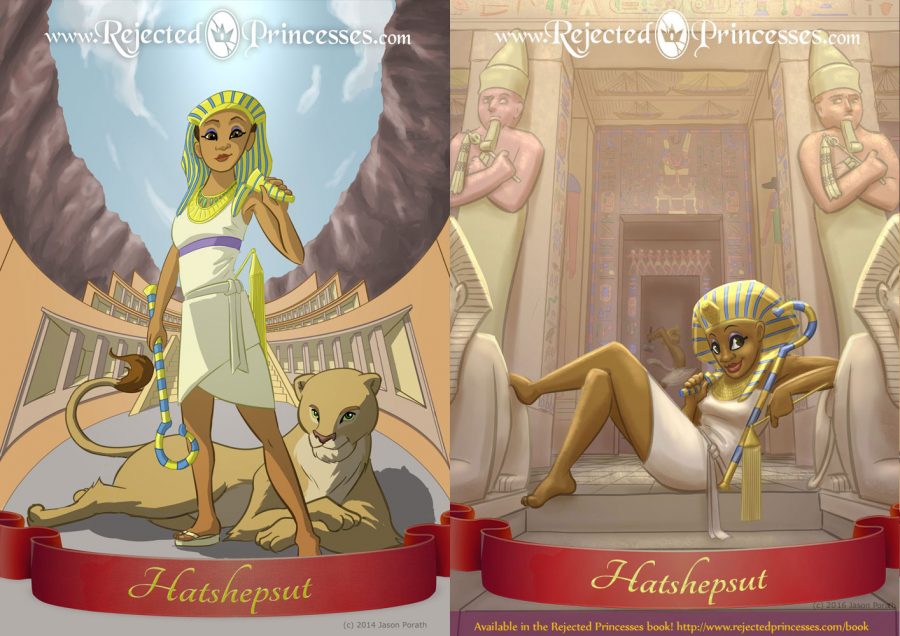 I’ve always hated the original Hatshepsut illustration – I wanted to do a curvilinear perspective, but it just looked odd, since the characters weren’t curved. Plus, on further research, I couldn’t find enough support for the claim that she was born in a lioness’s den, so that had to go. In the revamp, I have her in chilling out front of the entrance to her temple, unperturbed that Thutmose III is running around in the background breaking stuff, as history will vindicate her. The hieroglyphs in the revamp are all based off actual reference (and took forever to draw). Since these buildings were all very colorful back in the day, I had to add some atmosphere to tie it together and not have the color palette all over the place. 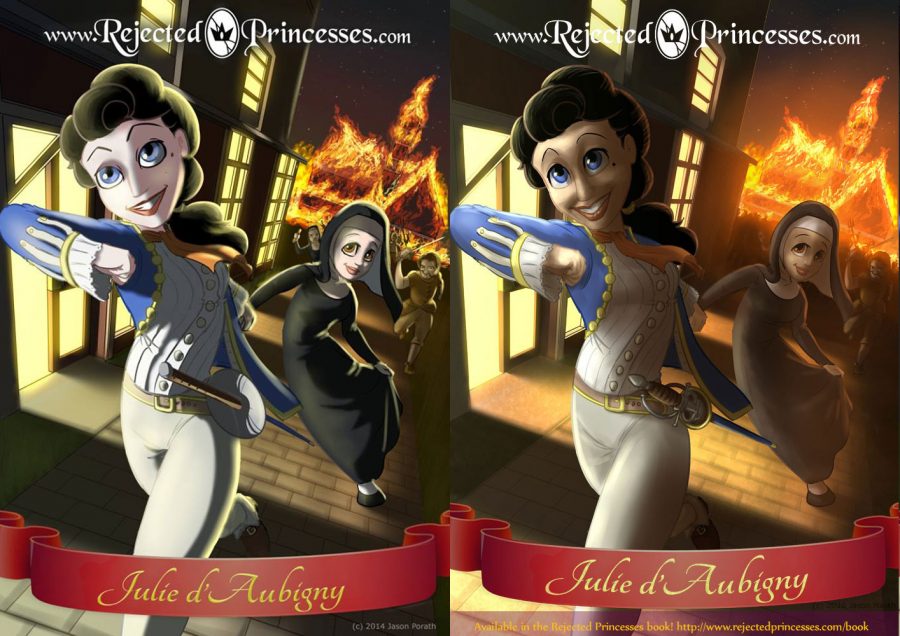 So first off, Julie d’Aubigny‘s old skin was vampire-level pale. So that’s no good. Her face was a little too wide and didn’t have good definition of shapes. I wanted to add more saturation overall, not have it fall off so fast into unsaturated yellows and blacks. Also, I switched out her sword for the actual sort of sword she would have probably used. 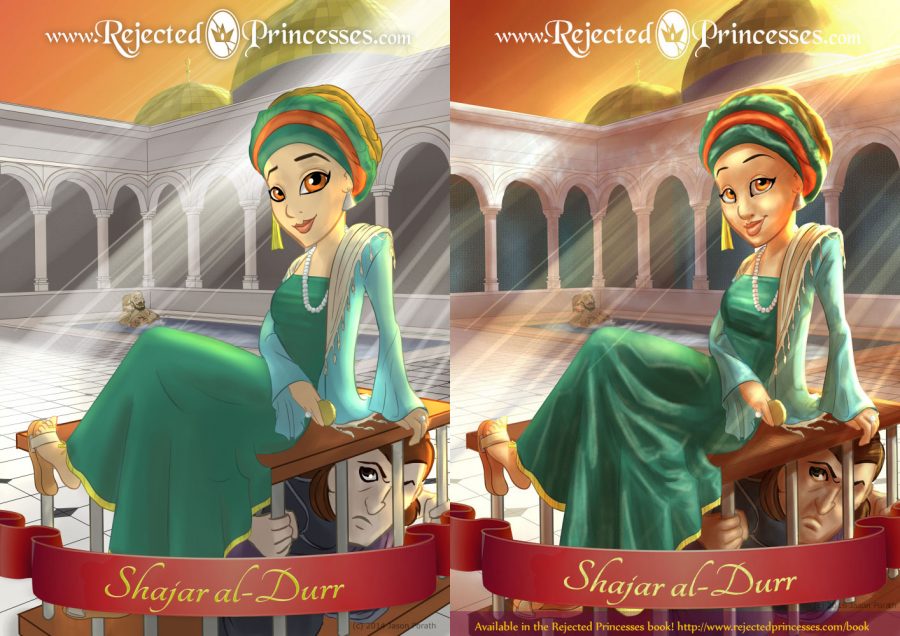 Shajar al-Durr‘s underlying drawing wasn’t awful – although her face was a little too alien – but I’d struggled to bring it all together originally. I had to toss in the god rays to draw the eye where I wanted it. I did a lot of work to render her dress and make it seem expensive, since it seemed a little dull in the original. I also added back a lot of saturation, and gave the background some visual interest with the caustic reflections from the pool. 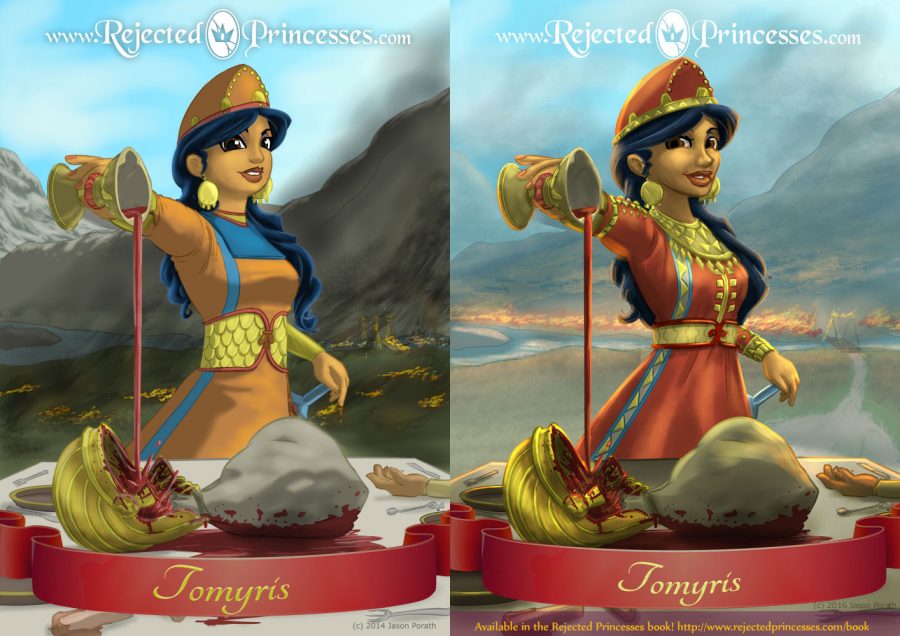 Tomyris‘s original outfit was too drab – it was a straight-up Scythian archer outfit, with little to no adornment. The new version is a mix of that and Scythian royal garb. See this blog post about Tirgatao‘s costuming for more Scythian costuming discussion. I also wanted to give her more of a defined facial structure.

This Purple Heart warrior (and medical evacuation pilot) filed suit against the US military policy excluding women from combat - the military recanted it shortly thereafter.

In which the RPs teach you how to negotiate!

Ashley B strikes again, sharing a lesson plan based on the story of Shajar al-Durr! The skills practiced include: Reading Comprehension, Vocabulary and Listening, and Note Taking.