OH MY GOD, THIS IS AMAZING. (I spent the better part of one year reading about the razor gangs of Sydney, and stole a whole lot of Sydney true crime for one of my LoK fics.)

(I’m especially impressed that OP has turned up the given name of “N****r” Barker, which wasn’t in any known records last I checked.)

The artist mentions Underbelly: Razor, the trashy TV mini-series based on the lives of Kate and Tilly – it’s absolutely TERRIGREAT, and I recommend it to anyone who adored Miss Fisher’s Murder Mysteries but thought it needed more topless sex worker brawls.

(An actual thing that happened in actual history, btw.)

A fictionalised melding of Kate and Tilly appears in Ruth Park’s Harp in the South, and, more recently, in Justine Larbalestier’s Razorhurst, a YA ghost story set in the same area. (Larbalestier gets bonus points for making the fictionalised Barker a major character, whose nickname isn’t a slur.)

First off, as about half the reblogs have been variants on “WHERE’S THEIR TV SERIES?!” and the other half have been, “THERE ALREADY IS ONE, READ THE ART NOTES,” here’s a signal boost, 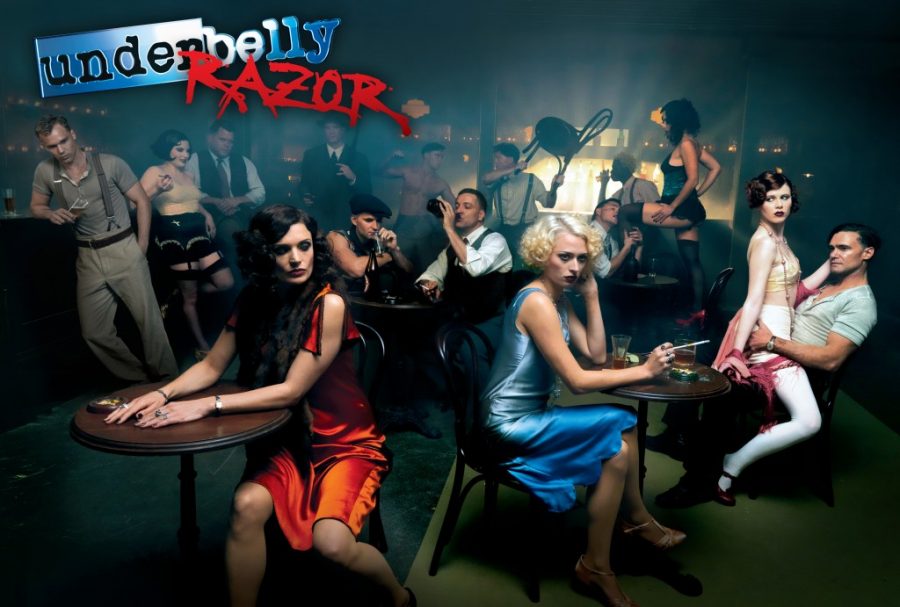 I only saw a bit of it on YouTube, and I didn’t think it quite captured what I got from reading the book it’s based on. It’s an ensemble show that takes a wider look at the Razor Gangs and covers plenty of folk I glossed over here – heck, I didn’t even mention Norman Bruhn! Reactions from readers have ranged from “it’s fun and trashy” to “it’s terribad” to “holy crap don’t watch it.”

Second off, finding Alfred William Barker’s name was a pain in the ass, but it wasn’t that hard. As I started looking at other sources, including newspapers of the time, I found that his full title was “N****r Fox” – I say this with relative confidence that this was the same guy, and that there were not two guys running sly grog with racial epithet pseudonyms.

The “fox” part gave me a bit more to go on, and after some careful googling, I came across his 1960 death notice, which lists his name as Alfred William Barker.

Wanting to verify, I plugged that name into other newspaper archive sites, and came across this early notice that mentions his brother, Samuel Barker. I then found this article from 1927 that gives his first name as Alfred. That seemed to me enough verification.

All of which is to say, again: this wasn’t that hard to find out. I did plenty of research for this entry, but not enough to write a book. However, plenty of other people have! There’s a fair number of books on the razor gangs, and best I could tell, none of them looked up his full name. Closest one was Gangland Sydney, which got the Alfred part but seemingly thought his surname was Fox. I mean, I get one or two authors missing some research – I’ve certainly had stupidly blind spots in my work – but all of them? Hence my “what the hell, guys.”

This Polish nurse sacrificed her safety, her marriage, her very family to save 2500 Jewish children from the Warsaw Ghetto during the Holocaust.