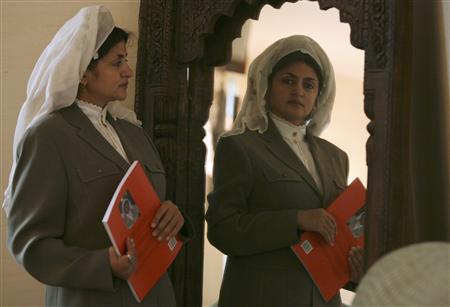 Saudi scholar finds ancient women’s rights | Reuters
RIYADH When clerics, ministers and businessmen gathered at a forum in Riyadh last month to discuss women in the workplace, there were no women in sight.

She argues that the tradition requiring male guardianship originally stems from Greek and Roman tradition, as opposed to Islamic.

In the years since this article was published, Dr. al-Fassi worked with the Baladi (“My Country”) campaign to push for women’s voting rights in Saudi Arabia, which they finally achieved last December.

28 black women everyone should know

In honor of Black History Month, here's a list of several amazing black women who more people should know.

When journalist Josh Levin began investigating an infamous welfare cheat, his story spiraled into an expose of one of the most outrageous female criminals in modern history.

Woman lifts burning car off her father and then drives it

She's in the Air Force Academy but pondering where to go next, because apparently that isn't badass enough for her.

Hortense Mancini helped pioneer divorce amongst European nobility - and she did it her way, openly taking lovers and owning her own image. I did a short writeup on one of her more notable portraits.

New Xena show in the works

NBC is planning a "modern reboot" of Xena: Warrior Princess.

When the true king of the Scots came to reclaim the throne, this spirited woman went up against her husband to back her chosen sovereign.