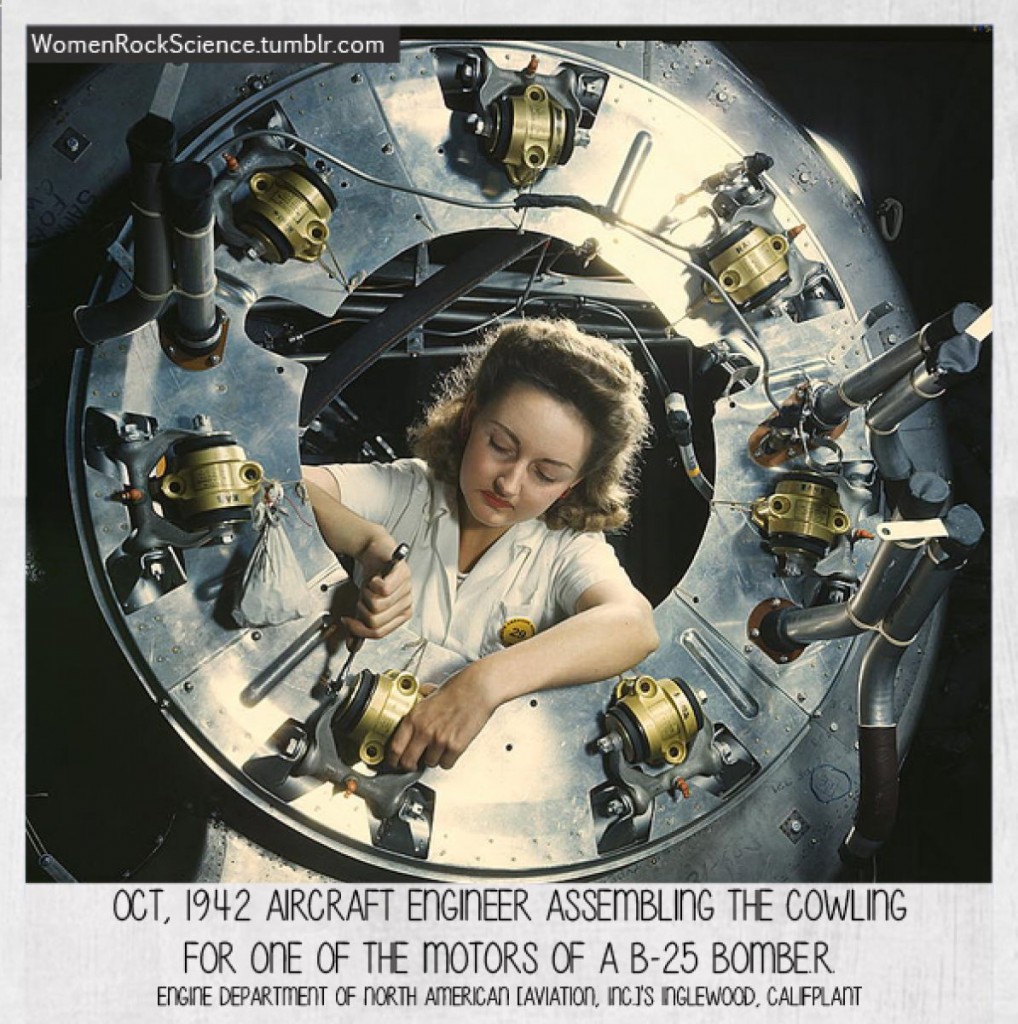 Women in STEM of WWII – The real “Rosie Riveters” … at Women Rock Science
In most countries women were not permitted to fight on the front lines of the war. Instead, they supported the war effort by learning, training and taking up jobs usually held by men. These women did a lot more than rivet, they designed, built and tested thousands of aircraft in factories across Canada and the US. Prior to the war, women would have been mostly banned from taking up such jobs.

Some pictures, collected from the Library of Congress, of women engineers and mechanics in WWII.

The Chinese Sex Workers Who Helped Topple a Dynasty