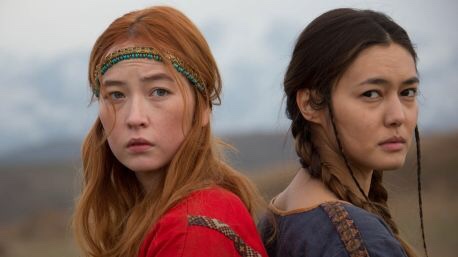 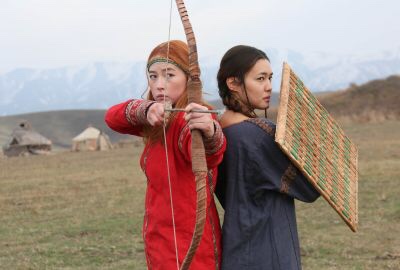 Kazakh filmmakers are making a trilogy of films about the Scythian/Saka warrior women of the ancient world. These historical reenactment movies focus on the women who in part inspired the Greek Amazon myths – the same women to whom former RPs Tirgatao and Tomyris are closely linked! There’s very little English language information on the films so far, but the Women of Kazakhstan page on Facebook has translated an article found here (translation below): http://www.kazpravda.kz/news/view/97896/ 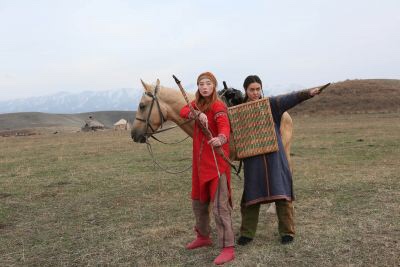 Movie about women in Saka period has started in Almaty region of Kazakhstan. Kazpravda.kz informs that the Amazons documentary about female conquerors from Saka-Scythian tribes is shot by Colibri films Kazakh production studio upon the request of Smithsonian channel USA, Urban canyons production company UK and ZDF channel Germany. Amazons project is the first part of the trilogy named Warrior women, which will consist of three series for 52 minutes each and tell the world about the most skillful and iconic female warriors that have existed since the V century BC to the present time. Thus, the theme will be disclosed on military achievements of the Amazons who lived on the territory of the Altai to the Black Sea, gladiatrix, which the Romans used for entertainment as well as the history of the African Women’s shelf Mino, noted in the war against the French colonial forces. 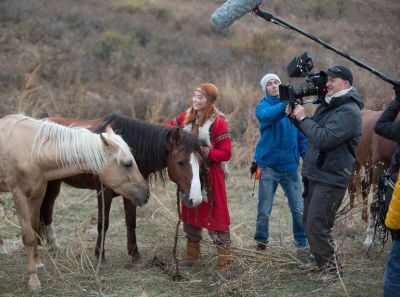 The film will be presented in the genre of historical reconstruction, also based on the staged shooting and computer graphics. In addition, the idea of directors includes interviews with historians, archaeologists and museum curators, with an exciting narrative, in which the sacrifice and perseverance has become a way of life of girls who fell in the bloody battle of their time. 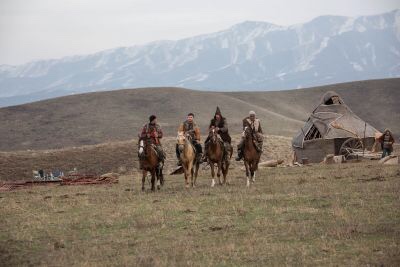 The main customer of the documentary is the Smithsonian channel, American television channel that is a part of Smithsonian Scientific and Research Institute that is respected all over the world. The reliability and accuracy of the rankings of which is even ahead of the National Geographic Channel. After Kazakhstan shootings will continue in West Africa, France, the United States and UK.

First film of Amazons trilogy tells the story of three Amazons of the Eurasian steppes named Alkaya, Samsi and Aella, played by Gaziza-Tansholpan Tleubay (“Kazakh khanate”), Hulan Chuluun and Dinara Baktybaeva (“He and She”). 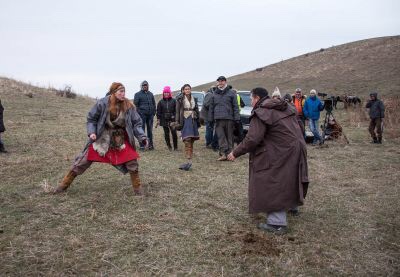 Online casting of actors was done by Colibri films studio, but the final choice yet remained on foreign producers who wanted to show the diversity and uniqueness of the appearance of representatives of Saka-Scythian tribes, and therefore chose three main facial features faces: Mongolian, Turkish and European. United Kingdom company that partners the film asked to invite Chuluun Hulan actress, who had remembered to the world for the femalrole in Sergei Bodrov’s “Mongol” movie. Now Chuluun and her husband Naryn Igilik – executive producer of Amazona and director of the Colibri films are expecting a baby the filmmakers rewrote the script especially for her where she will play a married woman with her real eldest daughter.

Team of Colibri films recreated unique costumes and weapons of 5 century BC. of Saka-Scythian period specially for this film. Shooting elements were reproduced on the basis of real objects found in ancient burial mounds of Saka. It is noteworthy that even Scythian conical folding structures that did exist and are considered the prototype of the Kazakh yurt were shown. The accuracy of all the details of the films are checked by consultants of the project professor Adrienne Mayor from Stanford University, author of the American best-seller the Amazons, as well as international and Kazakh historians and archaeologists.

“This film is about how and why Saki women were warriors on the example of a girl who lost her family and from an early age learned to hunt and fight. Saka Amazon is a strong, brave and sacrificing women, she easily could lead the tribe, use the armor and had the ability to negotiate. She was the guardian of the hearth and the beautiful muse at the same time”, – said the executive producer of the project Naryn Igilik.

Filming of trilogy has began in June this year in Malta. The filmmakers started filming in Kazakhstan on October 18 in Almaty and Almaty region. The film was shot near the village Museum of Zhambyl of Zhambyl district of Almaty region. Small homeland of Naryn Igilik, which was demonsrated in Ermek Tursunov’s “Shal” movie upon his recommendation, immediately amazed the foreign producers with its diversity and pristine wilderness. Mountains of Zailiyskiy Alatau, hills and Zhailau perfectly suited the filming of Amazons.

“At first we wanted to order the project at “Kazakh film” JSC named after Shaken Aimanov, but because of the protracted bureaucratic delays in the negotiations and the deadline we had to change the mind and seek for independent private studio. So, we went to the director of Colibri films Naryn Igilik, that stands behind such famous films as “Mongol”, “Shal”, and is soon expected to release “Kazakh Khanate” movie. I am glad that the Naryn and stunt group “Nomad” invited by him fully met our expectations. They could qualitatively shot realistic scenes even with not so big television budget “, – Peter Sebastian producer of the Urban canyons production company from UK.

The world premiere will take place in October 2017 on Smithsonian channel, and the trilogy will be broadcasted on following channels Viasat history, the German ZDF, Scandinavian MTG and many TV channels in the UK. But the pecularity of this global project is that the producer Naryn Igilik already agreed with foreign partners that his studio Colibri films won the right to represent and sell this film in Kazakhstan. Therefore, as an exception the first premiere of this global trilogy on Amazons will be held in our country. Igilik dreams to present this documentary about the ancient history to the millions of foreign visitors in frames of “EXPO-2017” exhibition.

“This is my first experience in the documentary historical filming and I was very struck by the story, costumes, weapons and, above all, the image of our foremothers. In those days, it turns out, the feminism was quite vibrant. There was even a scene where my character chose a man for herself. It was funny! It’s too bas there was not enough time for preparations works, that is why I was replaced in the archery and horse racing scenes. When I had free time, I often tried to ride, and all this, together with the surrounding environment, affected my future decision to try myself in “Nomad” group and possibly start filming in the historical genre, “- said the actress Dinara Baktybaeva.

The women who stopped a shady nuclear deal

“It is important that this campaign is led by women... Others were shit-scared. But we’ve been through so much that we were willing to take the risk.”

The Women Resurrecting An Ancient Epic of Women Warriors

Uzbeki women are putting on a stage retelling of the tale "Forty Girls" about a teen girl who rejects marriage in favor of hanging out with 40 horsewomen on an island.

After escaping the Armenian Genocide (by walking across the Syrian desert while pregnant), this woman went back into Armenia to rescue her sons, then made her way to America -- where she invented the recipe for Rice-a-Roni.