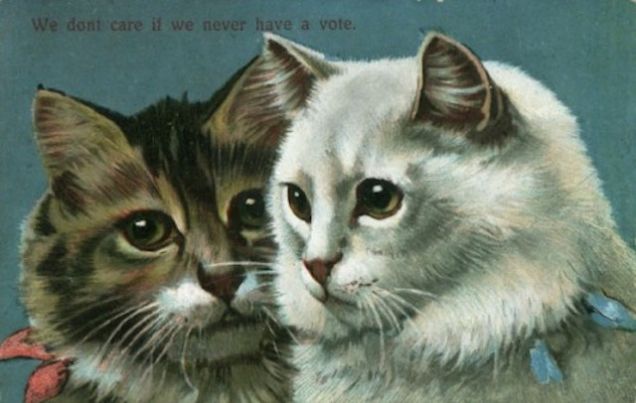 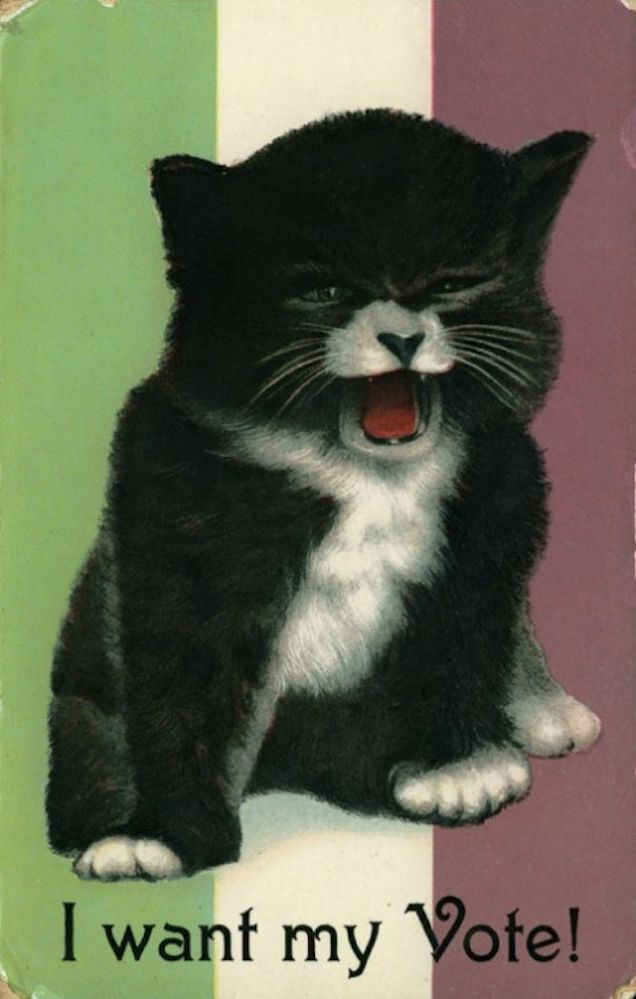 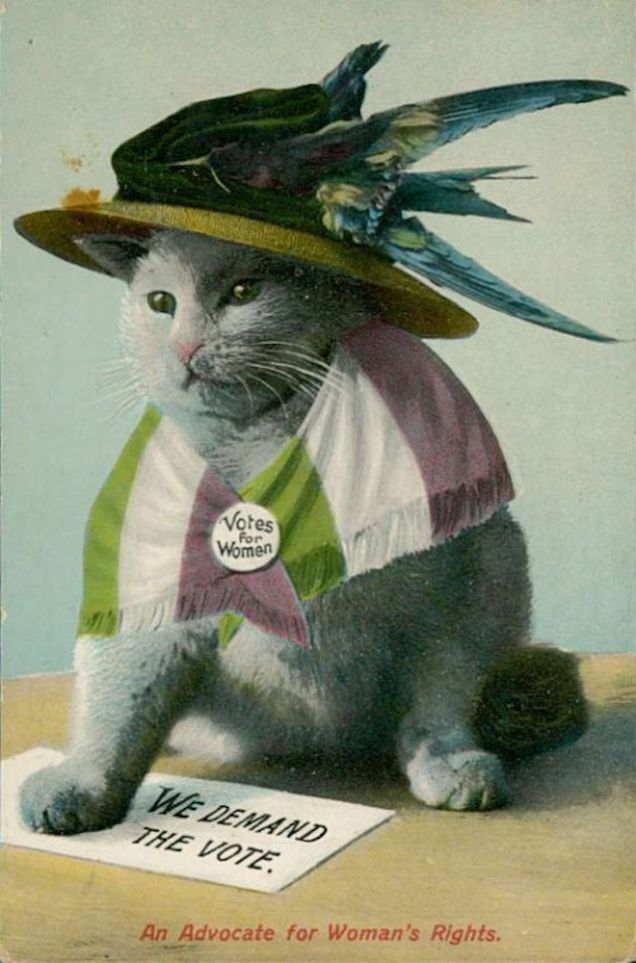 Back in the day, these images of kittens were used by those opposed to women’s suffrage to mock its supporters. I cannot imagine it worked, because these kittens are adorable.

As the suffrage movement continued, though, the imagery of cats took on a very different tone. Particularly so after the British government implemented the Cat and Mouse Act, which allowed officials to release imprisoned suffragettes (many of whom were hunger striking) for medical care, only to lock them up again later – somewhat like a cat toying with a mouse, hence the name. Once it was out in the open, you started seeing images like this: 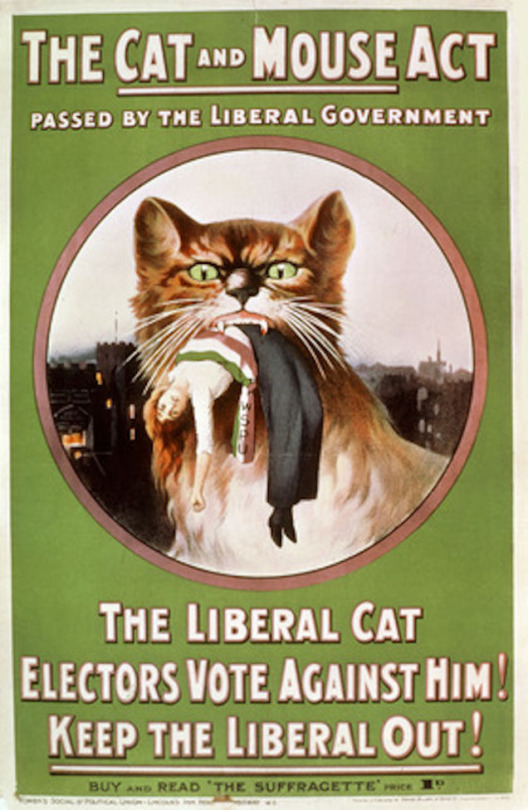 Not quite as cuddly.

More info (including one disturbing image of a banged-up cat) in this Jezebel article. Mostly I just wanted to post some pictures of cats, because, hey, it’s the internet.