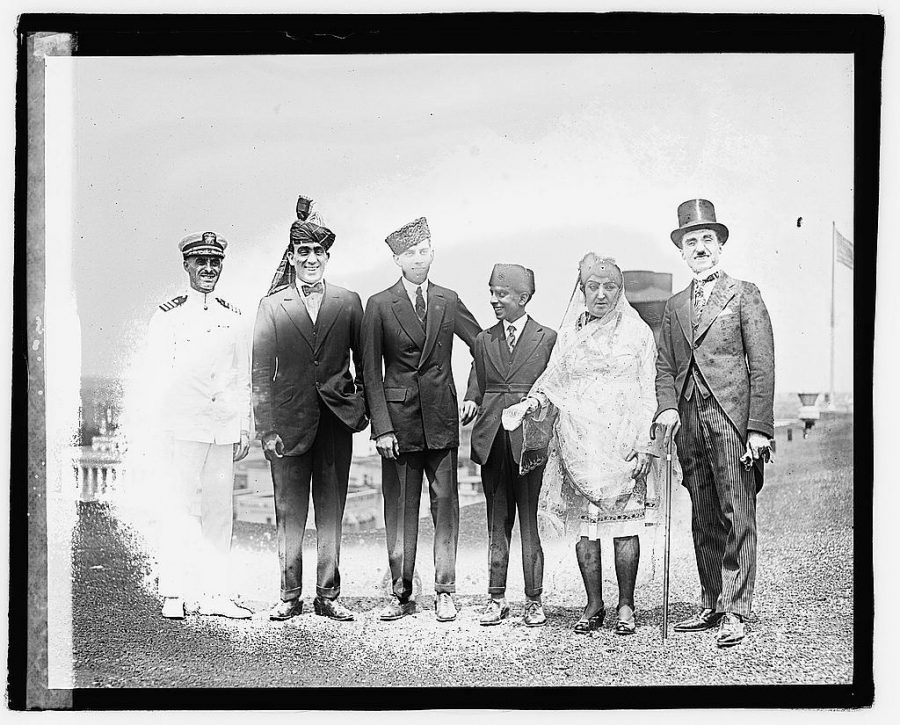 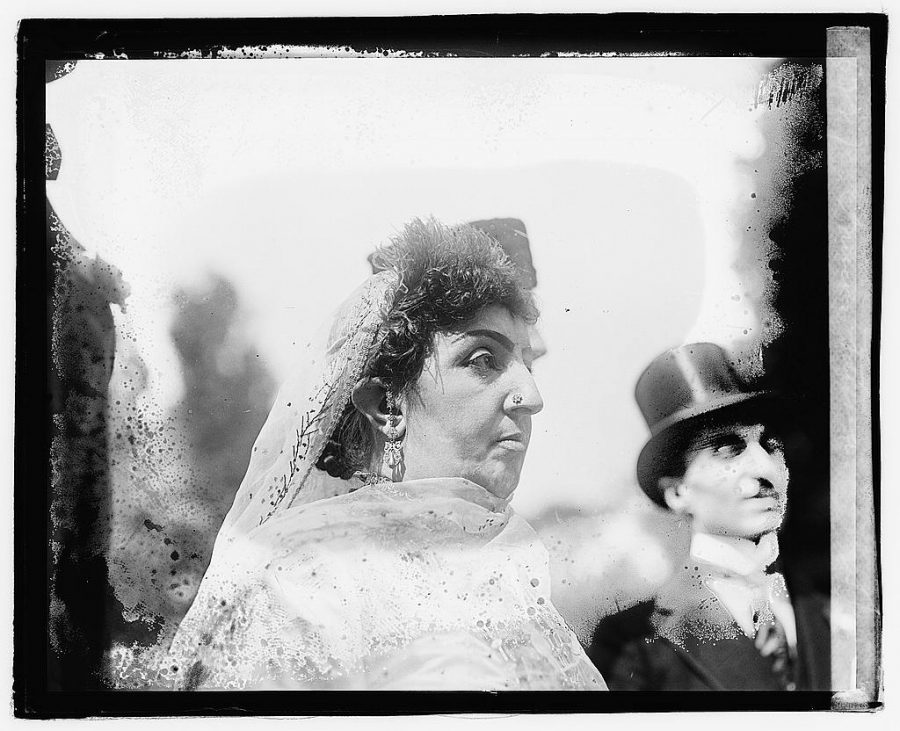 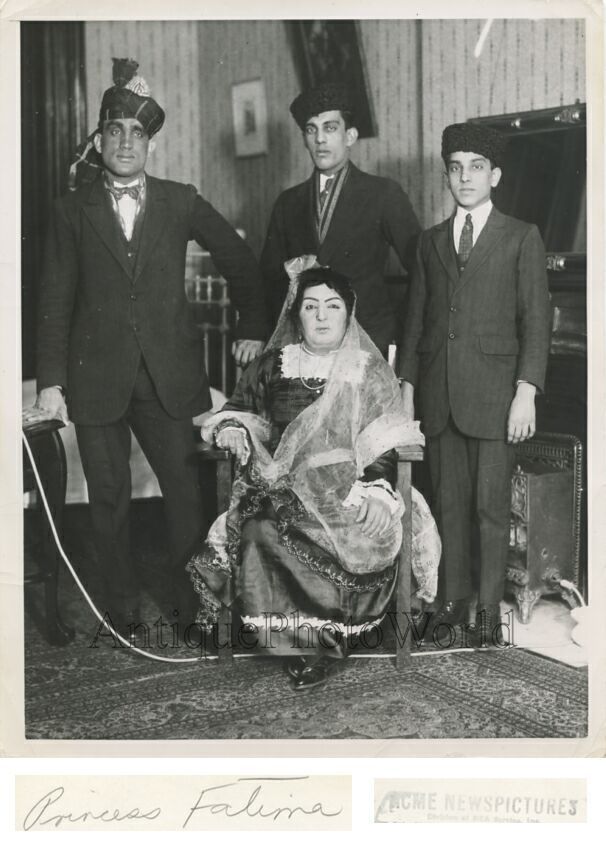 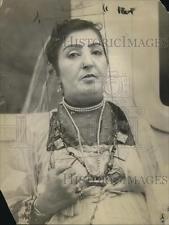 While researching the history of Afghanistan for the next RP entry, I came across a strange story. In 1921, a rapidly-modernizing Afghanistan sent delegations around the world to establish contact with various countries. However, they never got much of an audience in the United States – because, unbeknownst to them, there was already an Afghan delegation there. This was:

an old woman named “Princess” Fatima Sultana … She came festooned in jewels and looking like every New Yorker’s image of a Theda Bara-style exotic from the mysterious east. Her jewels included one particularly large diamond she called the Darya-i-Noor (River of Light). She was travelling with a rascal who called himself the Crown Prince of Egypt. …

To make matters worse, these two con artists fell victim themselves to an American con artist named Weymouth, who convinced them he was with the Department of the Navy and said he would present Fatima to the president of the United States — he had his eye on that diamond. The New York press didn’t know which was the real diplomatic delegation, and they picked the one they found more entertaining: Princess Fatima and her entourage.

[In the end], The Princess Fatima lost her diamond to Weymouth, ran out on her hotel bill, and got deported in disgrace.

Best I can determine, this woman was a distant (and not overly loved) relative of the actual rulers of Afghanistan. The man she fell in with (Stanley Clifford Weyman – not Weymouth, as Ansary writes) was arrested for impersonating a military officer, after he’d stolen her jewel – which was not the more famous Darya-i-Noor that is part of the Iranian royal jewels.

Afghanistan and the United States only established the barest levels of contact, and it was not until 14 years later that the US sent over its first envoy. 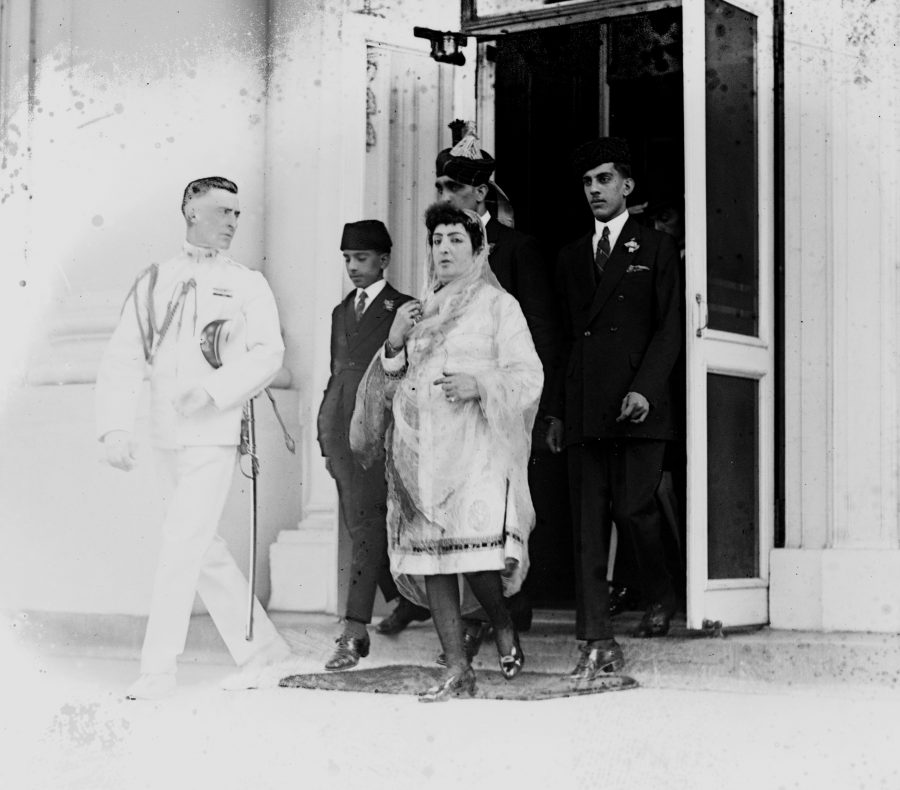 The Princess, the Con Man, and the Ill-Fated First Contact between Afghanistan and the United States

In 1921, when Afghanistan sent its first delegation to the USA, it didn't get an audience - because there was another one there, unbeknownst to them. What follows gets weird.

Apparently 15th century Morocco had a coven of lesbian witches.

In which your intrepid author is tasked with finding information on an obscure Moroccan coven, and tracks down all there is to know within nine minutes.

First nipple piercing, now tattoos. The Victorian Era was not like you thought.

Indigenous lawmaker who united warring tribes under a unified code of laws that she made herself.