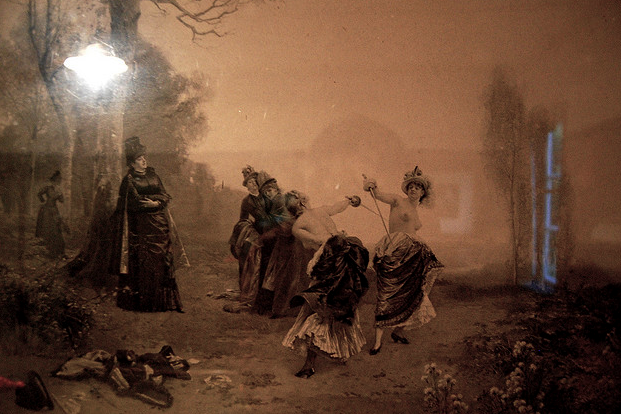 A Princess Once Dueled A Countess Over Floral Arrangements… Topless
When we think of historical duels, we may tend to imagine two men handsomely dressed wielding pistols or swords over some offense to one party’s honor. One particular duel, however, presents a very different picture of honor battles. Not only was it between two women; it was between two women fighting topless.

The rationale was to prevent infections by not getting dirty clothing into the wounds. However, that didn’t prevent certain peoples’ imaginations from running wild.

(Image taken from this post, which has links to some other posts on the topic.)