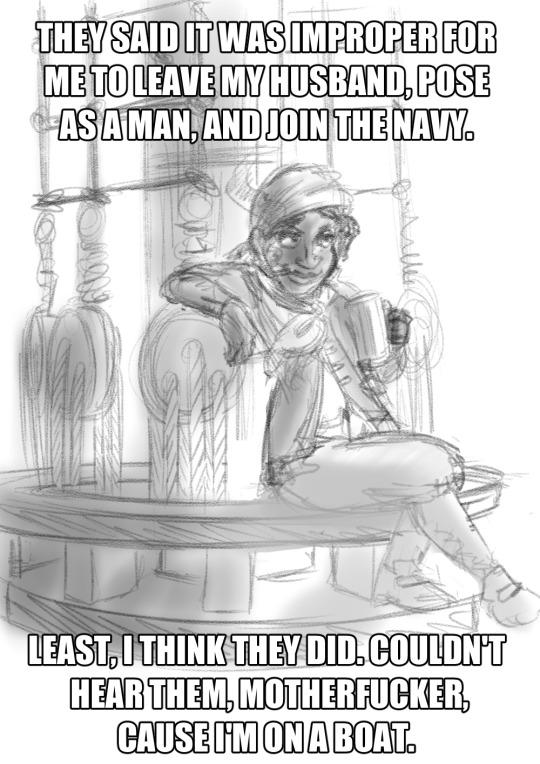 1800s: William Brown (birth name unknown), a married black woman, joins the British Royal Navy after a quarrel with her husband. She poses as a man and stays incognito until 1815, serving on the Queen Charlotte.

How long she had served and where she came from is a matter of debate among historians. Suzanne J Stark, as well as contemporary newspapers, say she served for at least a dozen years, rising to the rank of foretop captain, and hailed from Edinburgh. Later historians assume it more likely that she was picked up in Grenada and only served around a month.

When her story broke in the newspapers, her estranged husband put in a legal claim to her wages. Uncertain if he succeeded, or what became of her. There’s no historical record of her after 1816.

William Brown, the first black woman in the Royal Navy

In the 1800s, the Royal Navy discovered that one of its crewmen was, in actuality, a married black woman. Turns out she had her reasons for entering the service.

When this villainous Indian queen's plot was uncovered, her reaction was... unexpected.

Working out a design for the book.