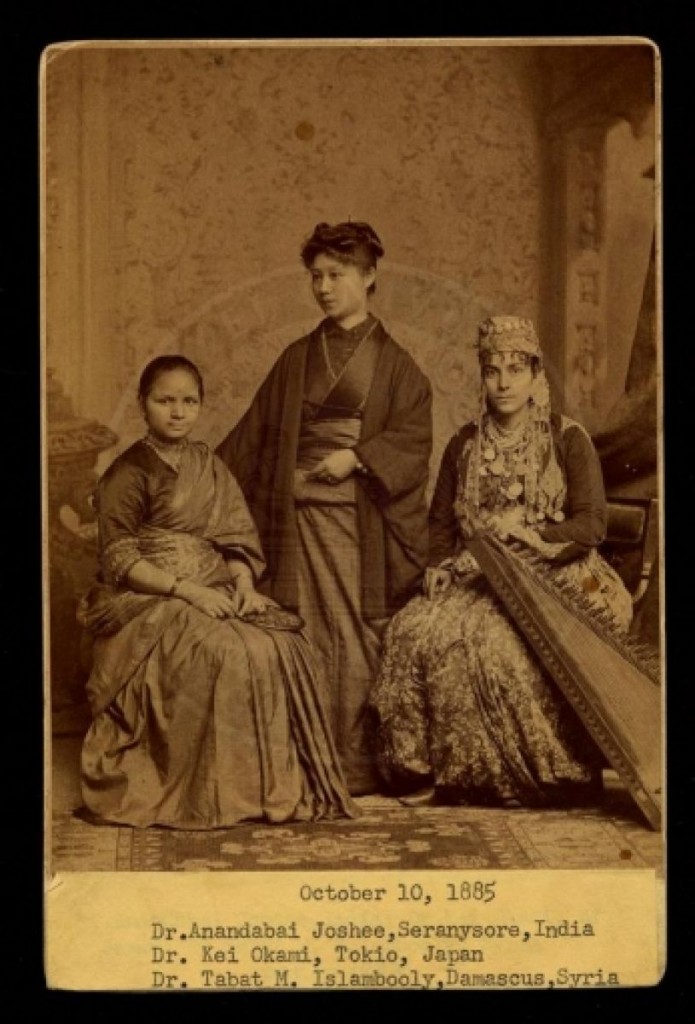 Historical photos circulating depict women medical pioneers | Public Radio International
A photo of three pioneering women doctors has been circulating in social media — but they’re not wearing white lab coats. They’re wearing culturally significant dress and they represent the first women doctors from their countries, back in the 1800s.

While they’re credited as being the first female doctors from their countries, Ginko Ogino actually became licensed to practice medicine in Japan in 1885, while Keiko Okami did not receive her degree until 1889.

For those interested in more medical pioneers, the Tumblr Cool Chicks From History maintains a list of the first female physicians by country.

Notice of an update where I give a more well-rounded portrayal of the Mughal Empire.

She performed the experiment that overturned the law of conservation of parity and helped lead to the Standard Model of particle physics, while two men got the Nobel Prize for it.

Fifty years before women got the federal right to vote, this legal agent became “the terror of all rogues.”