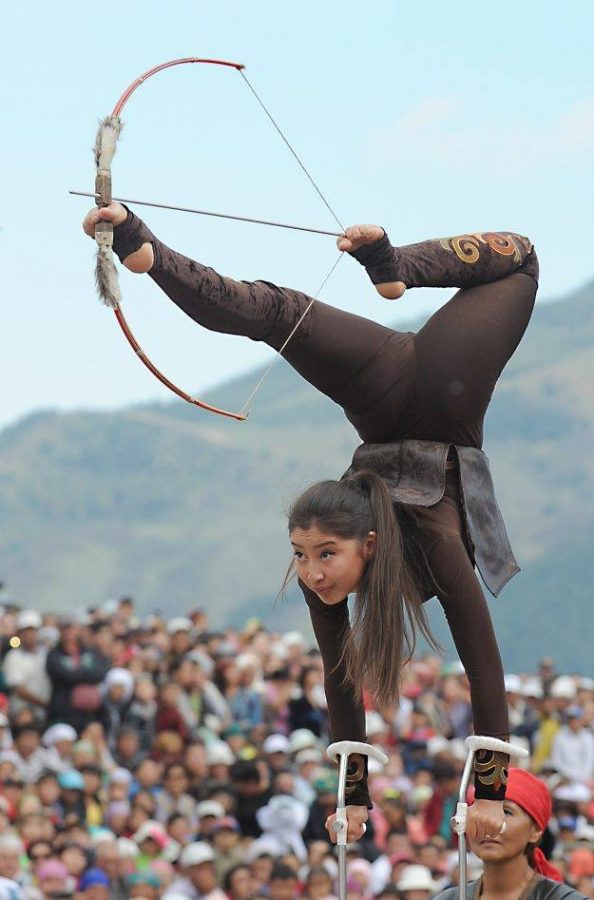 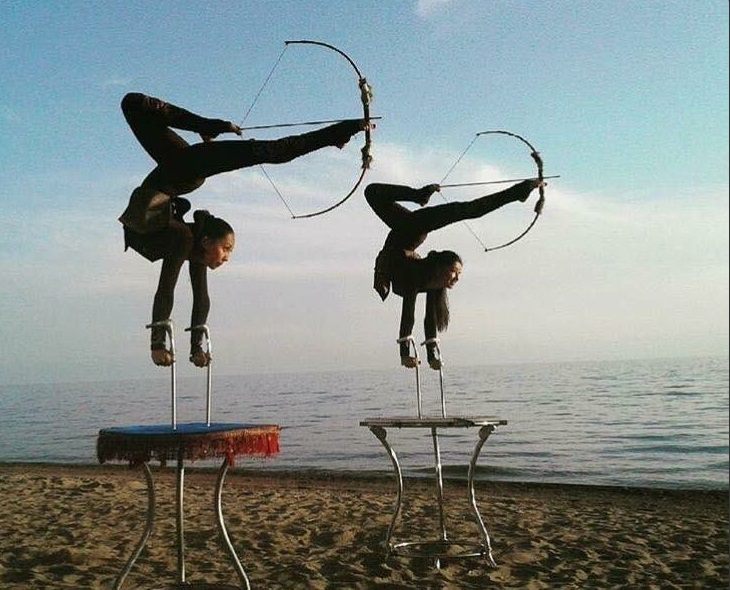 Chynara Madinkulova (long hair) and Aida Akmatova (bun) performing at the World Nomad games in Kyrgyzstan, which concluded last week. You can watch their performance here:

Said games also include eagle hunting, horseback wrestling, and setting people on fire. Also cirit, a game where you chuck javelins at people on horseback. Clearly the Olympics needs to step it up.

And yes, I said setting people on fire. It’s called Oert Jalymdagan Chabandes, and though it’s not one of the games included in competition, there was an exhibition.

(thanks to Adrienne Mayor for finding out the names of these women!)

This 98-year-old yoga master continues to practice yoga, teaching students and performing poses like a woman a quarter her age.

Happy 80th Birthday to the First Woman in Space

Valentina Tereshkova orbited the earth 48 times in 1963, only to be reprimanded almost immediately after landing - the reason why is pretty funny though.

This 66-year-old won the vaunted Fur Rendezcous Sled Dog Race -- and not for the first time! She'd won it 24 years earlier as well.