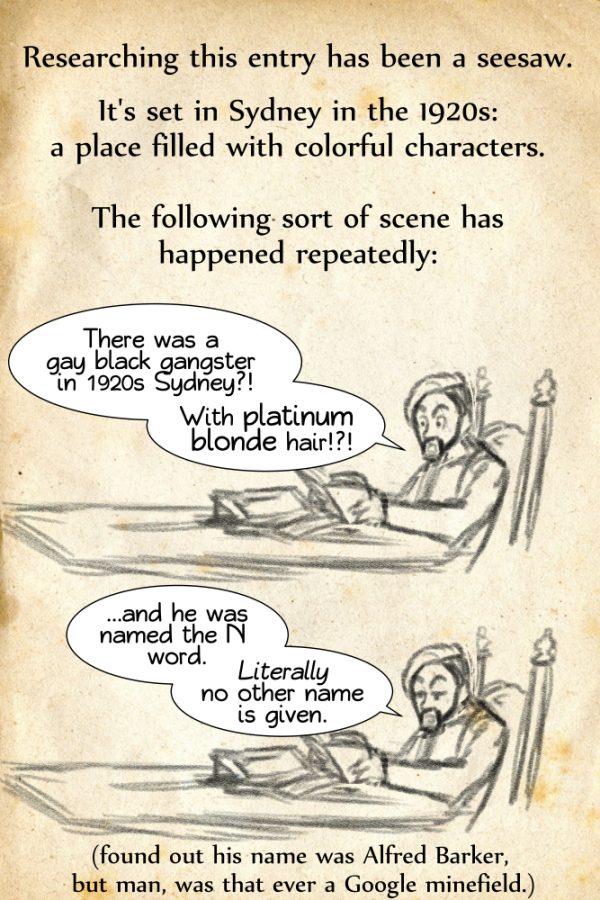 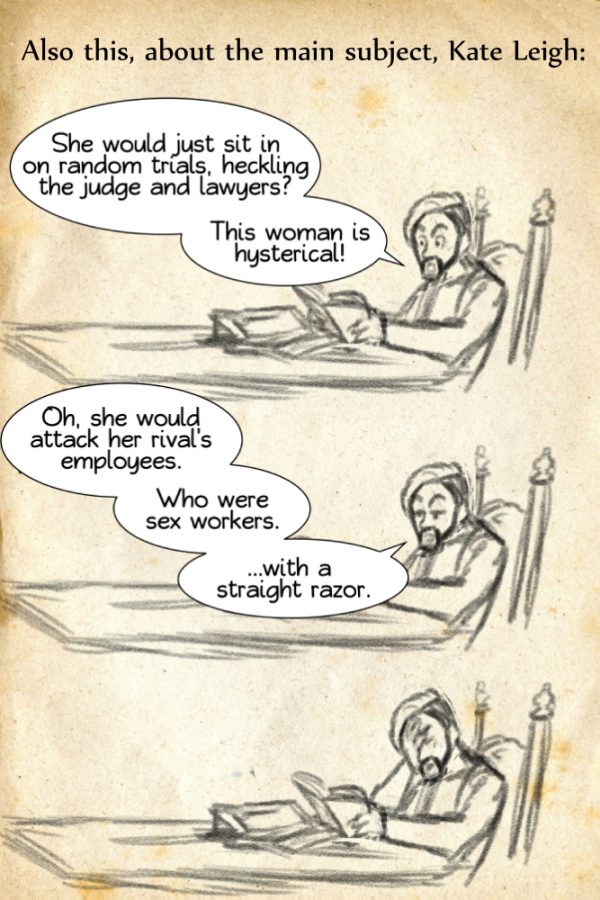 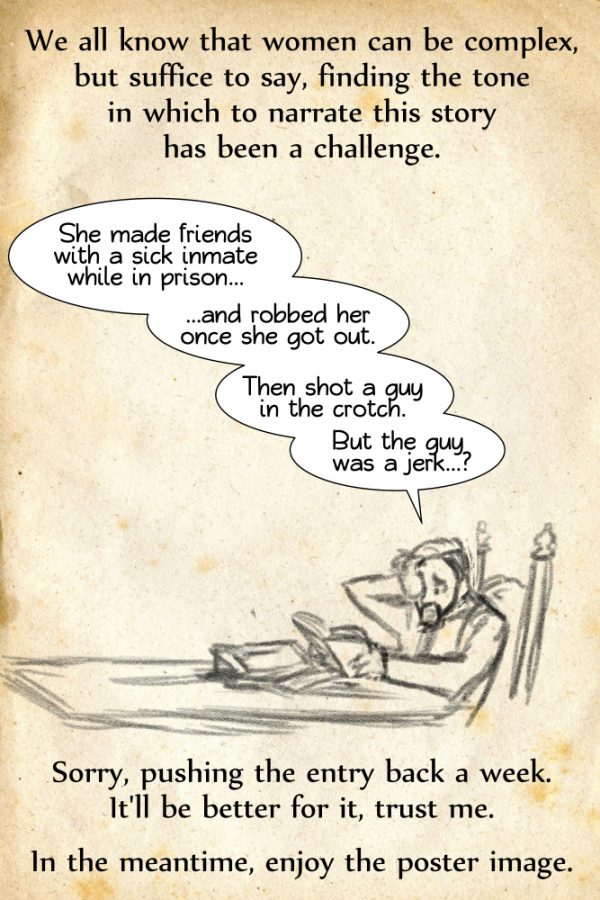 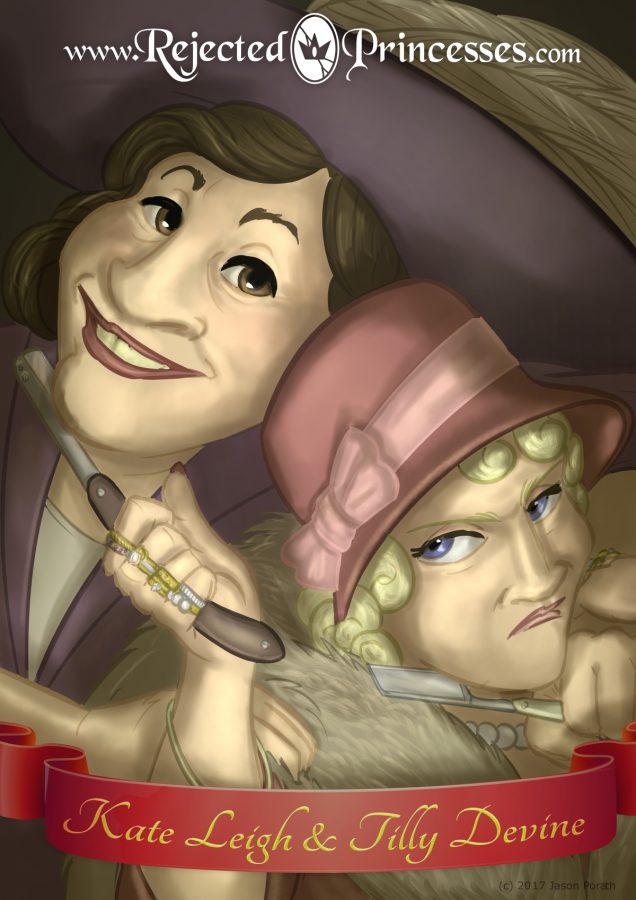 Anyway: next up is the long-delayed entry on Kate Leigh and Tilly Devine, now in its… like thirtieth rewrite. Getting it done as soon as it’s good enough to publish. The two were mob bosses during prohibition-era Sydney (yep, Australia passed anti-booze laws, to similar effect as the States!).

Kate and Tilly were powerful, ruthless, darkly hysterical, and they just haaaated each other. It’s a hell of a story.

Pretty happy with the cover image. Mimics the same horrible flash photography that you see in all pictures from the time. Plus, captures the two of them in their youth, and how Kate would get all up in Tilly’s business.