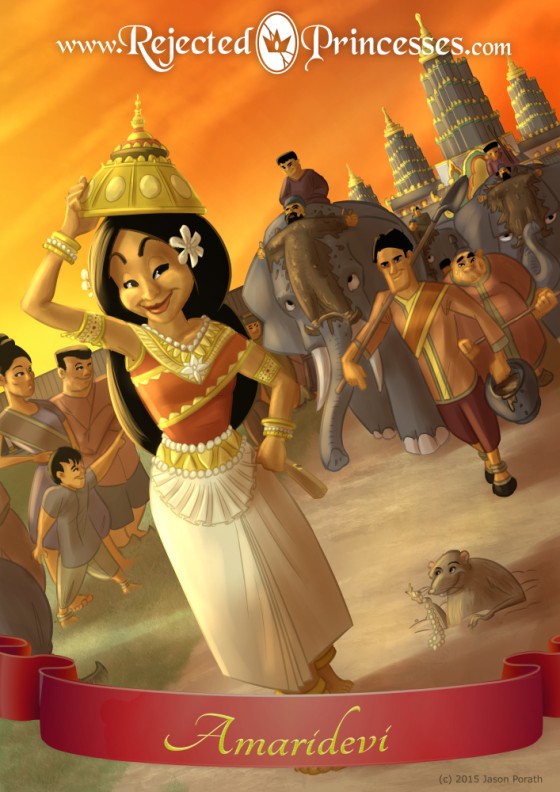 A long time ago, in the kingdom of Kampuchea (Cambodia), there was a princess named Amaridevi. As is standard for such folk tales, she was, as the kids say, the bomb dot com1 The kids may not actually say this. Maybe they say on fleek. It’s a mystery for the ages.. Smart, funny, pious, beautiful — you name a superlative, she was rocking it.

However, four Kampuchean ministers failed to be impressed by any of her superlatives save “rich,” which led to some Bad Things. While each of these four stooges wanted to marry her (and get her money), she had already chosen a husband: a young man named Mahoseth Pandide, whom none of the tellings give any personality characteristics. Let us assume he was a very nice young fellow. Maybe he had a third nipple. Who knows. It’s not important.

Jealous of Amaridevi’s gentleman suitor, the minister quartet schemed up Mahoseth’s hasty exit. Over the course of months, they repeatedly hinted to the king that Mahoseth just might be disloyal traitorous scum, but who knows! Finally, they ginned up enough false evidence to get him exiled. Thus exits Mahoseth from the story. Bye Mahoseth! You were nice. Probably.

“I will find a way to punish you. I will never be your rich puppet-wife.”

So here’s what she did. After the two weeks, each of the ministers, independent of each other, rushed in to propose to her, one after another – bursting through her door like a time-delayed clown car. As they did so, she met with them, demurely mulled over their words, and shyly said, “maybe I could love you and marry you.” She then told the first to come visit her that night at 7, the second at 8, and so on.

Now, remember how the ministers only paid attention to her riches? Not her smarts or her interests? They’d neglected to take into account that she had been educated in music, painting, poetry, government, law, the sciences, and, most germane to this story, civil engineering.

She called servants in for a rush construction job. She supervised the digging of a huge pit in her back parlor, instructing the workers how to dig so as to prevent a cave in. She then ordered other servants to prepare a special concoction of her own making, mixing mud, hot water, and sticky rice into a viscous mess, which she poured in the pit. Lastly, she designed a trap door and a rope-pull system to operate it. All this in a single day.

The ministers forgot she had a degree in civil engineering. This proved to be a major mistake.

So when the first minister arrived that night, she had him wait in the back parlor while she “got ready.” Next to the trap door, she’d splayed out all of her riches and jewelry on a table. Of course, the minister soon pocketed one of the jewels, at which point she yanked the rope and trapped him in the pit of sticky goo.  She then reset the trap — which was also soundproof, because she took pride in her work — for the next suitor. In that way, she trapped all four jerkholes in the same pit and left them overnight.

The next morning, she and her servants fished the ministers out, tied them up, and brought them to the royal court. Fishing out the stolen jewels from their pockets, she proved they were liars and thieves, and ruined their reputations Her beloved (and probably very sweet, who knows) Mahoseth was allowed to return, and she tied the villainous ministers to elephants and paraded them through town. As you do.

Moral of the story: don’t mess with engineers. They can build death traps. 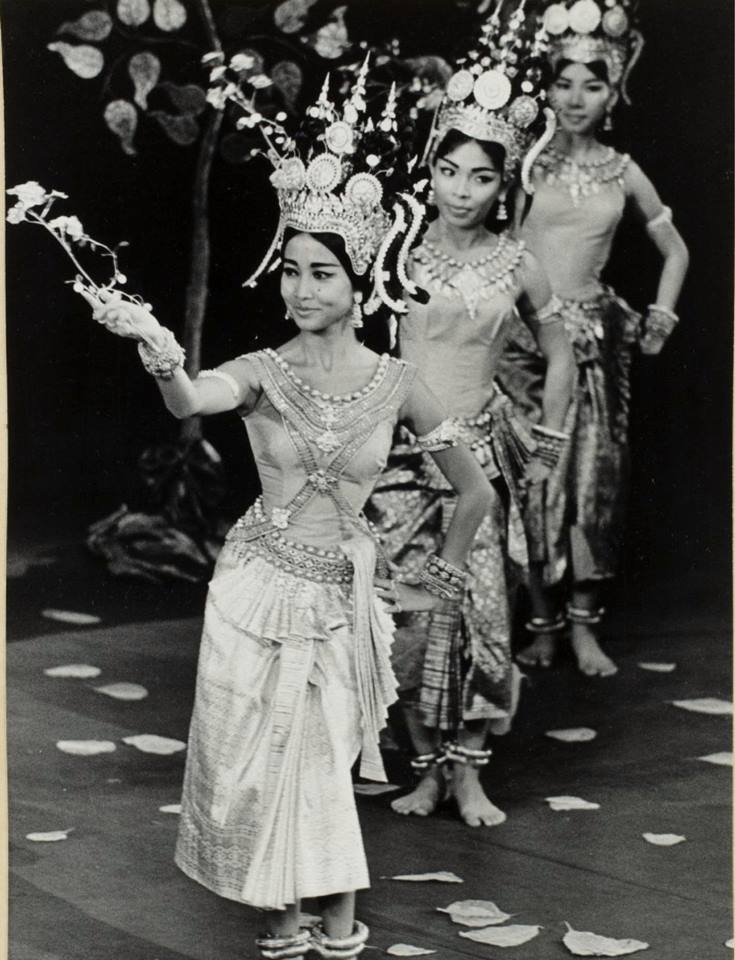 Bringing you a traditional Cambodian dish, made of sticky rice, mud, and scheming ministers.

A spooky Halloween folktale for you next week!

This lady of the lake cries for what she’s lost.