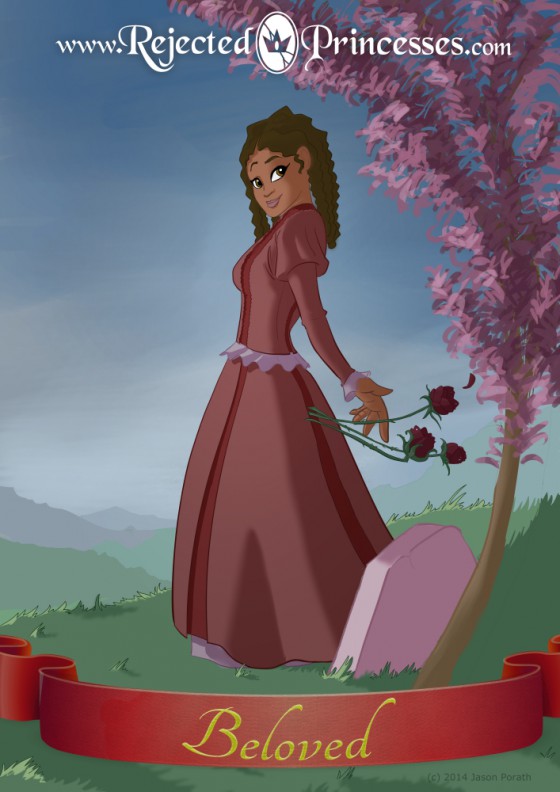 If you aren’t American, there’s a fair likelihood you’ve never heard of the next Rejected Princess: Beloved, from Toni Morrison’s novel of the same name.

Beloved is the story of Sethe, a freed slave in post-Civil War era Cincinnati (and Kentucky). In order to keep her two-year-old daughter from slavers, she ends up slitting the baby’s throat, killing her. Fast forward about a decade, and Sethe is living a fairly settled and peaceful life, when she stumbles upon a beautiful young woman, who appears confused, homeless, and and halfway drowned. This is Beloved.

Beloved moves in with Sethe, and the other various characters in the story start noting how similar she is to Sethe’s dead daughter: she’s the same age that the dead daughter would have been had she lived; she has a scar across her throat; her breath smells like milk; her temper is mercurial, like a child’s; even her name, Beloved, is what was written on the two-year-old’s gravestone.

Sethe begins to see it, basically losing everyone in her life in capitulating to the increasingly erratic whims of her spectral houseguest. Eventually Sethe’s other daughter, Denver, arrives with a posse to exorcise Beloved from the house. A fracas ensues (Sethe stabs a white man that Denver brought along — it’s complicated), and Beloved disappears in the process.

The book is about a lot of things, but primarily the effects of slavery on one’s mind — Sethe is trying to make a clean start, but coming up with a new personality as an adult, while keeping her past sealed away from memory, proves too difficult for her to manage. As a result, she’s literally haunted by her past.

You should read it. It’s a great book, even if I did just spoil all of it for you. Not good for kids though. 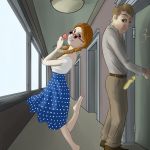 Seriously, nobody should make a kids' movie about her.