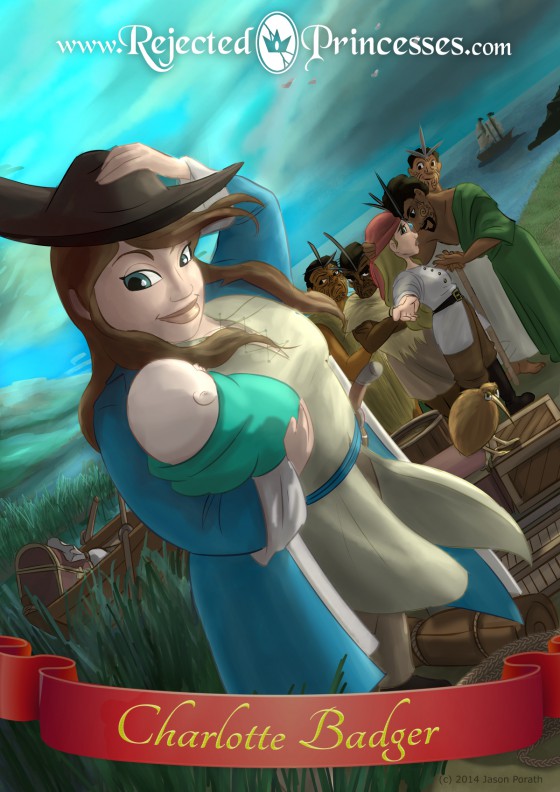 The first European woman to end up in New Zealand never planned it.
It all started with a 1796 theft in Worcestershire, England. Charlotte Badger stole a couple guineas and a silk handkerchief – think around one unsubsidized iPhone’s worth of money. The British courts, in a very tough-on-crime gesture, declared it a felony. She was going to prison, but not just any prison. She was bound for one that rested a horrifying seven months of seasickness away: the Parramatta Female Factory in New South Wales, Australia.

(my research indicates that, sadly, they did not actually manufacture females there)

During her stay at Parramatta, Charlotte became pregnant and gave birth to a daughter. Absolutely none of the historical records give a single indication as to who the father was, how she met him, when she got pregnant, or even what the girl’s name was. All we know for sure is: prison baby. You may feel free to assume virgin birth, depending on how your occam’s razor is configured.

It’s at this point, perhaps due to being a new mom, that Charlotte started getting craftier. She, along with fellow inmate Catherine “Kitty”Hagerty, got a lighter sentence – to be house servants in Tasmania. They were to be ferried there along with a handful of male convicts on a ship called the Venus – which only took them on because they were short-handed to begin with.

Here’s where the tale begins to divide into two versions. In one version, Charlotte and Kitty are rowdy, drunken passengers, hooking up with fellow convicts, breaking into the casks of whiskey on board, and dancing naked for the crew. In another, she was subject to the cruel depredations of the sadistic captain as entertainment for the crew. One of these accounts was written by the ship’s captain, one was not. Try to figure out which one is which!

In any event, at a pit stop in their journey, the convicts, along with the first mate, mutineed. Charlotte’s involvement varies from version to version. In some, she’s dressed like a man, waving around a pistol, inciting everyone to riot. In others she’s just swept up in the machinations of the other prisoners. In some she’s credited with flogging members of the crew in return for how she was treated. Who knows!

The mutineers took the Venus to New Zealand, where, by all accounts, the male mutineers set up some shelter for the women (and child), then took off. I mean, I guess you can’t expect a whole lot, morally-speaking, from mutineering convict pirates, but still: dick move, guys.

Kitty died shortly thereafter and, according to a number of eyewitness accounts in the years following, Charlotte and child were taken in by a local Maori chieftan. It’s uncertain how long she stayed there. Many years later, a ship described coming across a stout English woman with an eight-year-old girl. According to some, they lived out the rest of their lives there, refusing all offers of transport elsewhere. According to others, they hitched a ride to America and disappeared into the veil of history.

And as for the male pirates? Best anyone can tell, they started some shit with the Maori (kidnapping women to sell for mats, starting wars, you know – typical awful pirate stuff) and were later caught by local authorities and hanged for it.

It’s one of those situations where we’ll likely never know the truth, but hey, if history has to be multiple choice, you could have worse stories than that of a mutineering pirate mom who marries a Maori chief.

Depending on who you ask, this Pakeha pirate was either a vicious thug or a protective mother. Maybe both.

The most effective use of a pestle in Indian history.