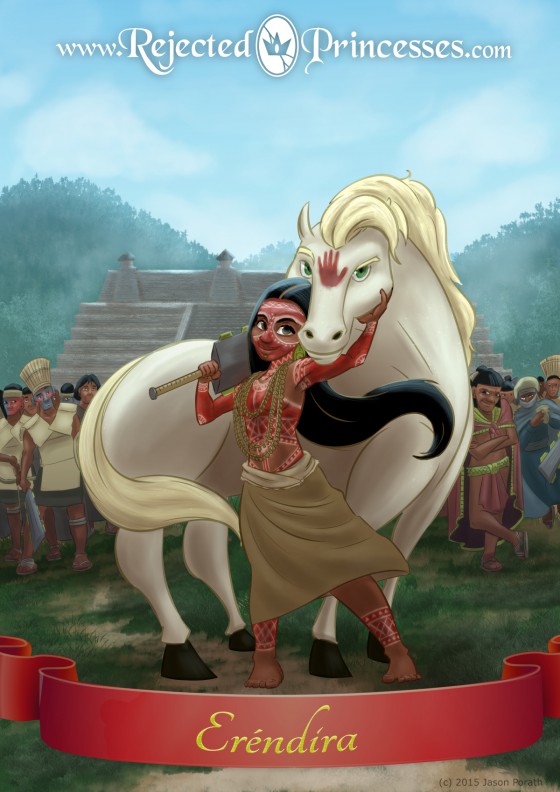 Say aliens invade your city, riding huge, strange beasts. After much effort, you and your buddies manage to kill a bunch of aliens, but one of the beasts is left. It’s standing around, confused and a little scared. Do you:

a) Let the beast go?

b) Dissect the beast for science?

c) Sacrifice the beast to your gods?

d) Befriend the beast, eventually using its help to lead attacks on the aliens?

Eréndira, princess of the Purépecha Native Americans, managed to change her father’s mind from option C to option D. In her case, the beast was a horse, the aliens were Spanish conquistadors, and her city was in present-day Mexico. So depending on when you grew up, her story is one of the following:

The bad guy of the story (besides the invading Spaniards) is Nanuma, a scheming Purépecha warrior in charge of the Purépecha army. Nanuma is dead-set on two things: gaining power and marrying (or enslaving) Eréndira – neither of which are exactly on her bucket list. Shortly after Eréndira befriends the horse, Nanuma attacks Eréndira’s house, killing both of her parents in the process. It is only with the help of the horse that she escapes, busting through the attackers on horseback and fleeing into the woods.

In some (clearly superior) versions of the story, she is armed as she does so, and tramples Nanuma to death on the way out. Bad way to go, but hey, Nanuma totally had it coming. In some versions, the story just ends here, with her riding off into the sunset. In others, though, it continues.

While Eréndira is away, the Spanish invade, conquering the city (killing Nanuma, who, again, totally had it coming) and leaving behind Christian missionaries. When Eréndira returns, she chastises her people, yelling, “We have seen the Spaniards who came to carry away our treasures and seize our lands, yet today we just look on as these men who appear in the guise of beggars come to take away our children as if they were orphans, to destroy our gods, and to impose upon us a strange religion. What then shall be left to us?”

Eréndira, having whipped the Purépecha into a “fuck the Spaniards” frenzy, then leads them in a prolonged guerilla uprising. As you do. The uprising is ultimately unsuccessful and Eréndira either goes into exile or commits suicide. No mention is made of what happens to the horse.

Did it actually happen?

…probably not. The story of Eréndira can be tracked down to one book, written by a Mexican judge in the 1800s. Said judge was very open about wanting to give Mexico a better historical image. Specifically, he wanted something to contrast with Malinche, the native woman (and possible future RP) who became Cortes’s interpreter and mistress, facilitating his conquest. Malinche’s story is far more complex than we have time for here, but suffice to say, fair or not, most people don’t have the greatest opinion of her – a variation on her name is actually a modern-day curse word.

Besides, there’s a huge portion of Eréndira’s story that comes across as… well, bad fanfic. I’ve excised it, but a chapter or two of the story is just about a (fine! upstanding!) Franciscan monk who falls in love with her. She thinks nothing of sleeping with him (lusty native woman trope!), but he powers through, achieving sainthood by refusing to have sex with her. I largely left this out because it makes me throw up in my mouth a little bit. 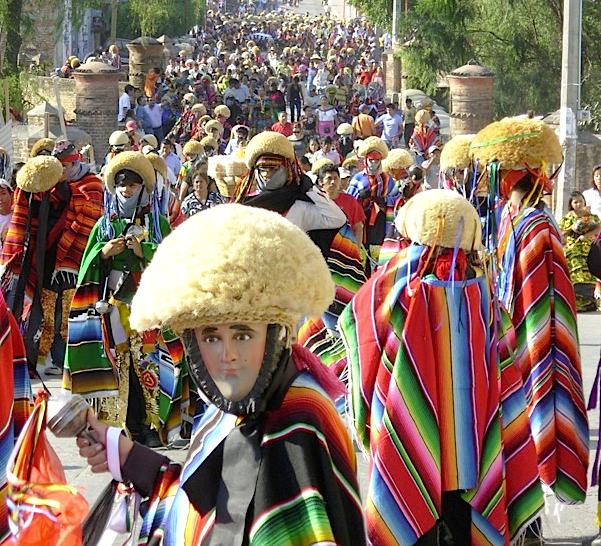 I’m starting to get sick, so next week might be delayed, but here’s the hint:

In ancient China, princesses don’t need any Perseus to save themselves from monsters.