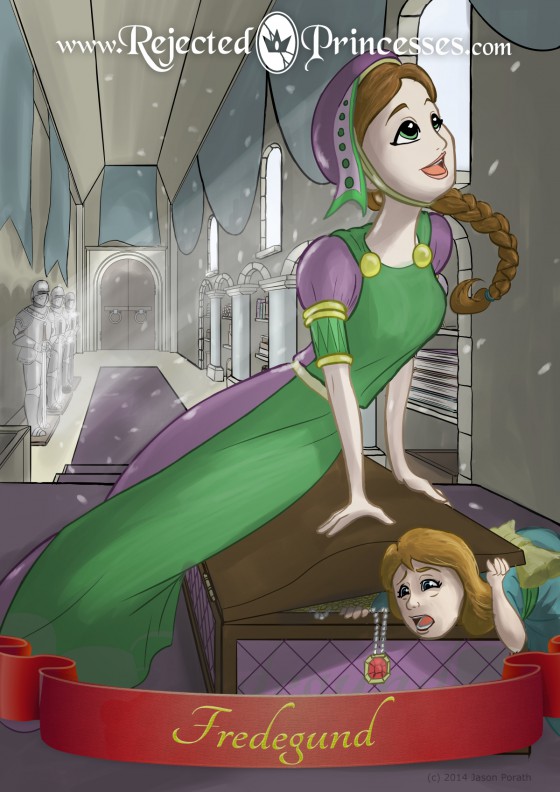 Here is the most cartoonishly evil woman I have ever come across: Fredegund. This woman was a 6th-century Merovingian queen consort with a penchant for killing people. Her notable life went roughly as follows:

If Fredegund had a foil, it was Galswintha’s sister (and Sigebert’s widow), Brunhild. For forty years, the two of them fought — resulting in endless warfare and, you can be sure, at least one assassination attempt. In the end, Brunhild outlived Fredegund, but even from beyond the grave, Fredegund had the last word.

Sixteen years after Fredegund’s death, with Brunhild now a sixty-something woman, Fredegund’s son killed her in as brutal a manner as I’ve ever heard. First, torture on the rack. Next, each of her extremities was tied to a different horse, and they were all set to run in different directions, tearing her apart. Lastly, they burnt her body.

But none of these are the craziest thing Fredegund ever did.

“Hey Rigunth, go pick out some jewelry from that treasure chest.”

So what is the craziest thing she ever did? Well, you see, she had a daughter, Rigunth. Rigunth, as princesses do, was looking forward to one day being queen herself. One day, exasperated by her daughter’s “I want to be queen nowww” whining, Fredegund told her to go look inside Chilperic’s treasure chest and pick out some jewelry for herself.

When Rigunth poked her head in the treasure chest, Fredegund slammed it shut on her neck. Had servants not stopped her, she would have killed her own daughter.

MAJOR thanks to Chad Denton for helping me expand upon Fredegund’s story.

Nog Prize #1
In which I start the tradition of heralding people smarter than I am -- this time for catching something about Fredegund's entry! 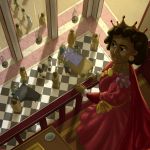