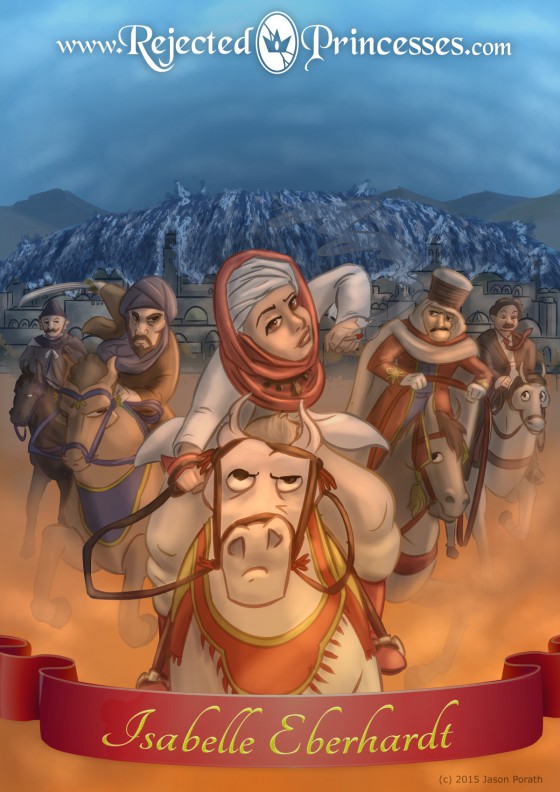 You know you’re writing about someone special when the main picture of her available is of her at age 18, in male sailor’s uniform, wearing a hat that reads “VENGEANCE.”1 This was incredibly deliberate on her part. Early on, she viewed her chief reason for existing to get revenge – for what, is a little difficult to tell, but it seems like she was following her outcast probable-father’s wishes to get back at the Russian bureaucrats for exiling them. She was, as you can tell, a woman of hot temper. 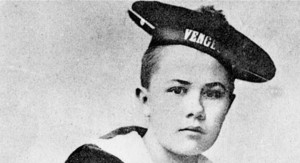 To this day, Isabelle Eberhardt defies description. And convention. Also: morality, belief, reason, and, on some memorable occasions, the law. The illegitimate daughter of Russian anarchists, she left Europe for a life of adventures in north Africa – adventures which would include joining a mystic Islamic sect, becoming embroiled in Algerian politics, surviving an assassination attempt by sabre, and dying of a freak flood in the desert.

“What are you, a stranger, doing amongst all these nomadic warriors?” “I’m obeying my destiny.”

From the start, Isabelle was hard to pin down. To the first readers of her work, she was Nicolas Podolinsky, author of necrophiliac erotica such as “Sepulchral Sensuality” (not kidding – it was her first published work). To her penpal and later lover Eugene Letord, she was Nadia. To the sheikhs and tribal chiefs she met, she was Mahmoud Saadi. Sometimes she presented herself as male, sometimes as female. As a general rule, everyone she met just rolled with it.2 Annette Kobak’s book on her life indicates, from Isabelle’s writing, that this was due to general manners of Algerian Muslims – if she presented herself as a man, they wouldn’t ask any questions. Which is pretty cool. In her writing, it’s clear she viewed herself as a woman, though, so female pronouns here.

It helped that she was insanely smart and had a deep, learned love of Islam. She spoke seven languages by the time she was 20, eventually becoming so good at Arabic (and Algerian religious customs) that local scholars would invite her over just to hear her talk. She was one of, if not the, only European women ever to be allowed to join the fantasia – a traditional Imazighen horsemanship exhibit that involves a line of people racing horses in synch, before abruptly stopping and shooting guns at the ground in unison. She miraculously did not injure herself in the process, although others certainly did.

Her conversion to Islam should by no means indicate she was a temperate person. On the contrary, she came from a family of addicts, and was herself an aggressive drinker, smoker, and connoisseur of a hashish derivative called kef. She took a truly uncountable number of lovers3 It shouldn’t be much of a surprise that much of the writing on her life focuses on her sex life. In particular, this comes to light from her “friend” Victor Barrucand, who published much of her writing after her death, but spiced it up with completely gratuitous sex scenes. Suppositions from books such as Barrucand’s – which, to be fair, were sometimes backed up with no small amount of anecdotal evidence – include the assertions that she was into rough sex (probably), anal sex (…possible?), had syphilis (not unlikely), and that she was amenorrheic, thus accounting for her lack of pregnancies (seems a bit out there)., fought the cops in early Algerian uprisings, threw most of her money out of windows, and lived a destitute existence for most of her life. She was unaccountably moody (a trait she blamed on her inherent Russianness), to the point where a posthumous diagnosis of bipolar disorder seems only logical.

In short, she was a magnificently hot mess.

She spent most of her life trying to figure out how she fit into the world, and this is where she ran into trouble. Her peculiar mix of Occident and Orient proved unsettling not only to the colonizing French of Algeria, but also many in the local Imazighen tribes – as both sides had vested interests in seeing the cultures not mix. While ostensibly she worked as a writer and journalist, creating travelogues of places no European had ever seen, the opposing factions of Algerians and French both tried using her as a spy and informant. She never had much interest in either4 Although she did, it must be said, on a whole help the French more than the locals. In particular she aided general Hubert Lyautey, who attempted a “kill them with kindness” approach to colonialization. At that point, having suffered through multiple bouts of malaria and an attempt on her life, she was of the short-lived opinion that benevolent colonialization was okay, as long as it improved conditions. She changed her mind not long after that, and in her will described Europeans as an “invading banality”., but that didn’t stop an attempt on her life by a sabre-wielding madman, who, convinced she was a French spy5 Although she later believed he was sent by the French in a conspiracy to get rid of her. The French had made a number of attempts to exile her, and this tactic would not be outside the realm of possibility for them. Lending some credence to the theory is the fact that, after her death, when Victor Barracund inquired of French authorities into the matter, they stonewalled him and refused to give him any information on the case., nearly severed her arm. She survived, however, and kept the sabre as a trophy. She also unsuccessfully attempted to get her assailant pardoned. 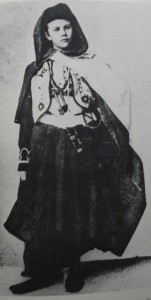 She died at 27, when a pack of melted ice from a nearby mountain suddenly cascaded through the makeshift desert town she was living. She was at the time having an argument with her husband (yes, she was married), and some books suppose that he left her to die6 The marriage – to an Algerian soldier named Slimane – was a torrid affair. Many of Isabelle’s friends and family were opposed to it, and there is a theory that she married him primarily to become a French citizen, so France could no longer kick her out of Algeria (as they’d done a couple times in the past). She definitely wore the pants in the relationship, although she made occasoinal half-hearted efforts to be a subservient wife. One of the more amusing anecdotes from the marriage comes from two letters, spaced three days apart – in the first, she makes a pledge to be “a submissive and obedient companion.” In the second, responding to his offer to buy her European clothes for her to wear at the trial of her assailant, she rails on him for paragraphs, formalling forbidding him from spending money on her. She ended the letter, “now what about your photography, you pig?” After she died, Slimane disappeared almost immediately, not even staying for her funeral. He had taken another lover shortly before seeing her, and their last hours spent together were undoubtedly spent discussing that. He died three years later.. Others propose she surrendered herself to the cloud that had hung over her life from the start.

She never got to find out who she was, and the world is poorer for it.

“Rather than sleep with him, I would prefer to kiss the open mouth of a stiff who had died of Asiatic cholera.”

I will leave you with several quotes from her, that round out her character:

Isabelle: the Life of Isabelle Eberhardt by Annette Kobak – which was truly exhausting to read. Lot of detail, but good lord, she could have cut back a little.

Was this Balinese queen a good witch, or a bad witch?

Next: Mahendradatta
Prev: Tamar of Georgia