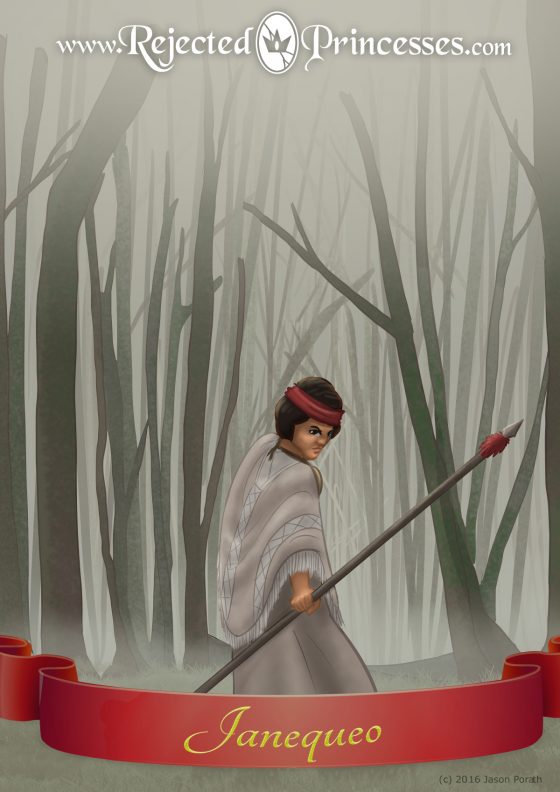 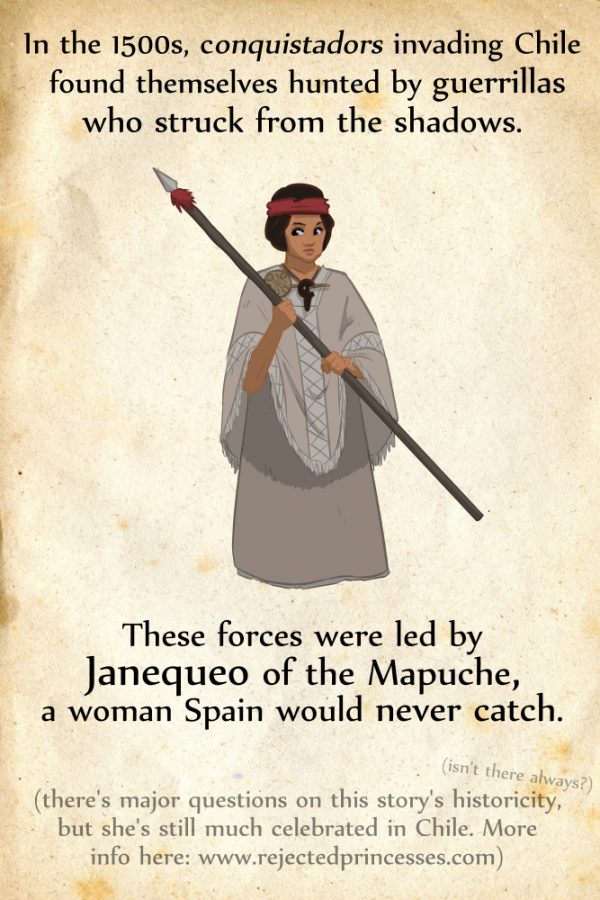 1 Okay, here’s the deal: weirdly enough, this is a Spanish history, not a Mapuche one. The Mapuche seemingly have no record of this, or at least none I can find. The Chilean historian Diego Barros Arana, who wrote the book (okay, many books) on Chilean history considers her an invention of Alonso de Ercilla, the contemporary Spanish author of the Araucaniad. It is a little uncertain to me personally as to why Ercilla would make up a story of a woman who kicked Spanish butt so hard, but I have nowhere near enough grounding to question Arana on the matter. Nevertheless, she’s a celebrated figure – a long line of Chilean naval vessels are named after her – and she represents the very real undying determination of the Mapuche people. 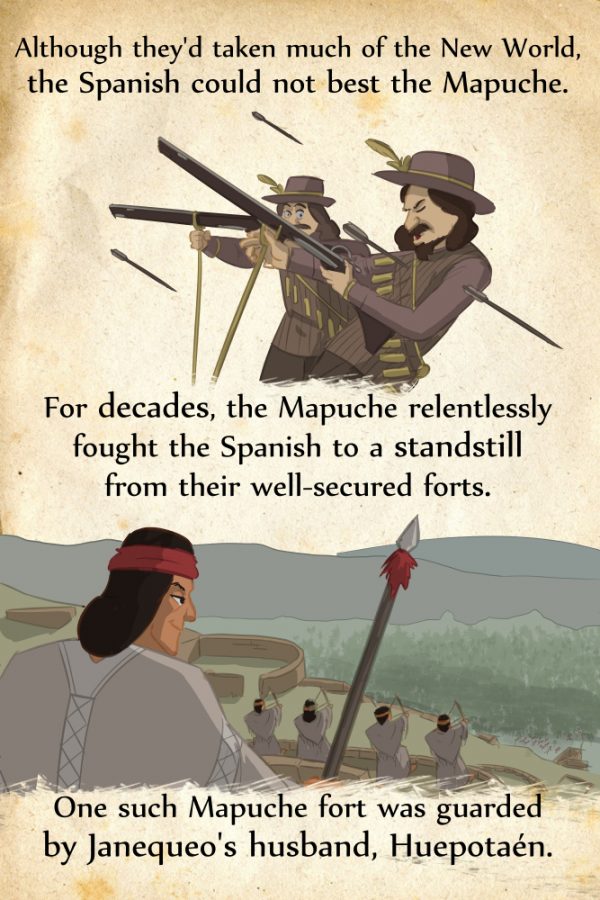 2 this was near Llifen, Chile. He was holed up in what was called a pucara, a type of fort used by the Mapuche and other indigenous people. 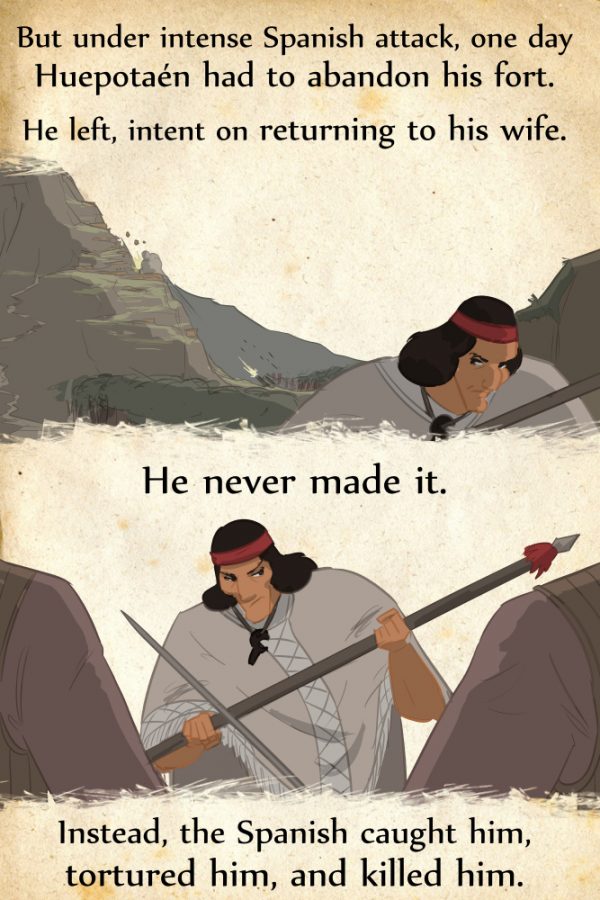 3 Different tellings expand on how horribly he was tortured, but much of that may be poetic hyperbole. 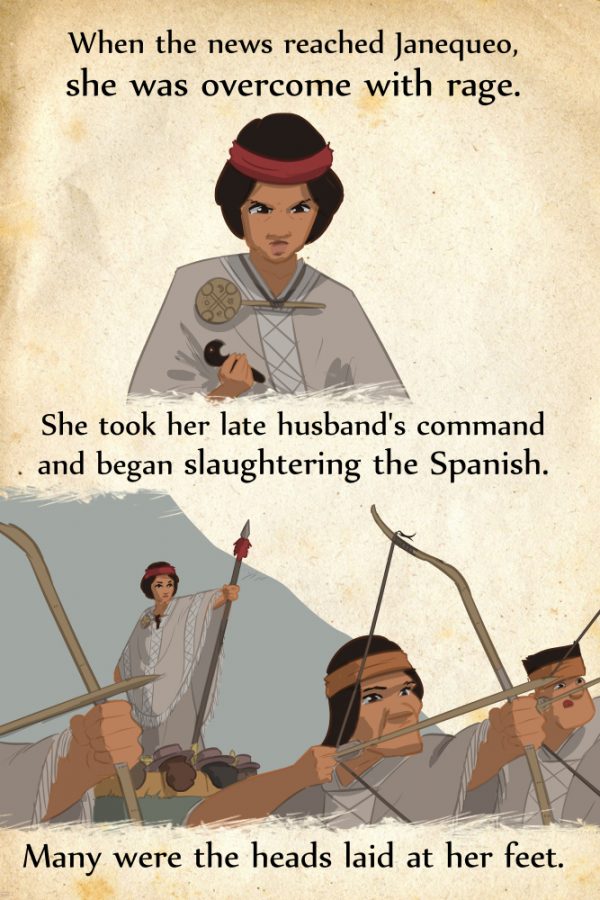 4 The black item she’s holding is a symbol of Mapuche leadership called a tokikura (sometimes spelled toqui cura?) – my supposition is that the name references the toki/toqui, wartime leaders elected from the ranks of tribal leaders (lonco). In times of war, my understanding is that it was colored black, but lighter colors otherwise. Her other adornment, the tan ornament, is more of a shaman symbol, best I can tell. 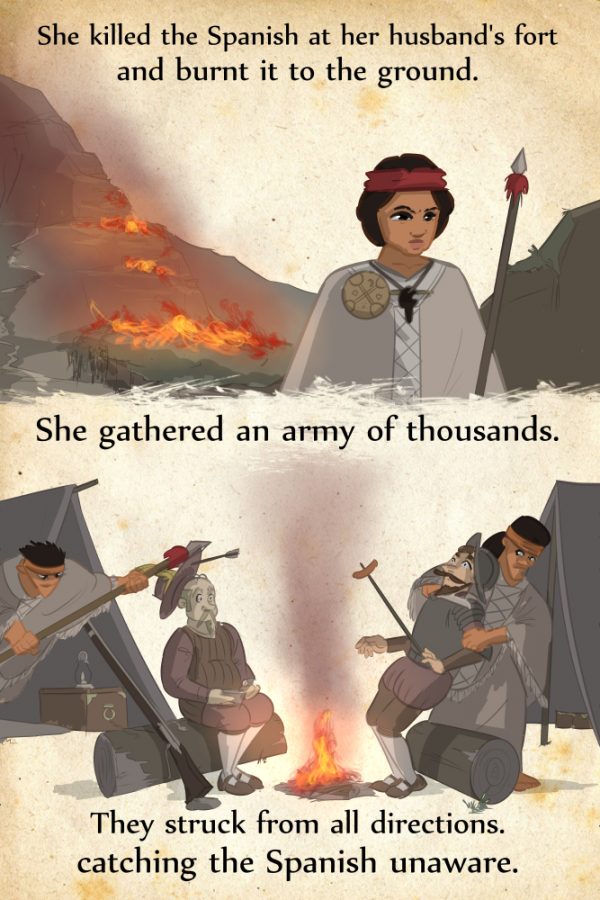 5 Estimates of her army size range from 1200-4000 people, from the Mapuche and neighboring Puelche in Argentina. She did this in concert with her brother, Guechiuntereo. Initially she was working under the aegis of the toqui Guanoalca, but some tellings indicate she gathered her own forces and struck out on her own. 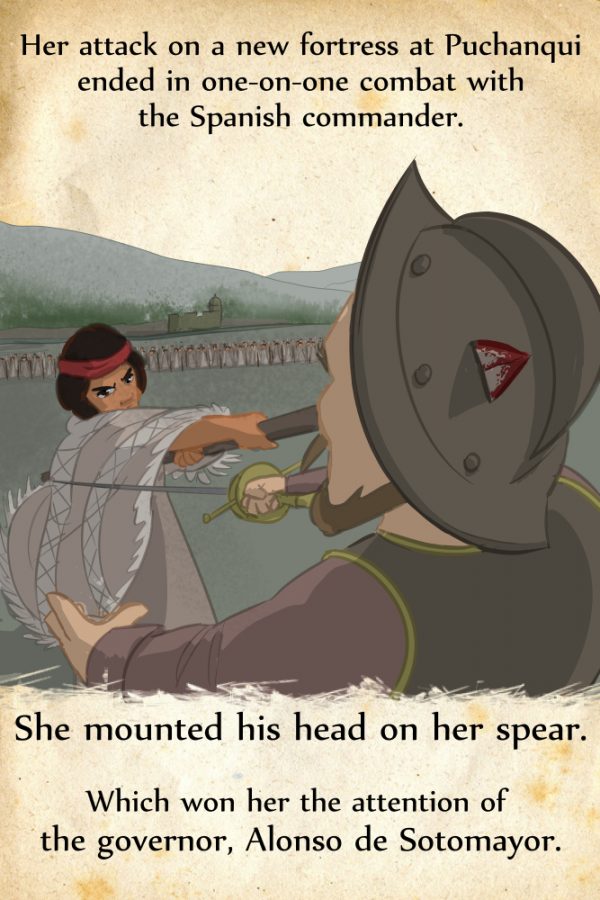 6 This guy was named Cristobal Aranda. One account had her forces putting metal spikes in the ground to stymie cavalry. 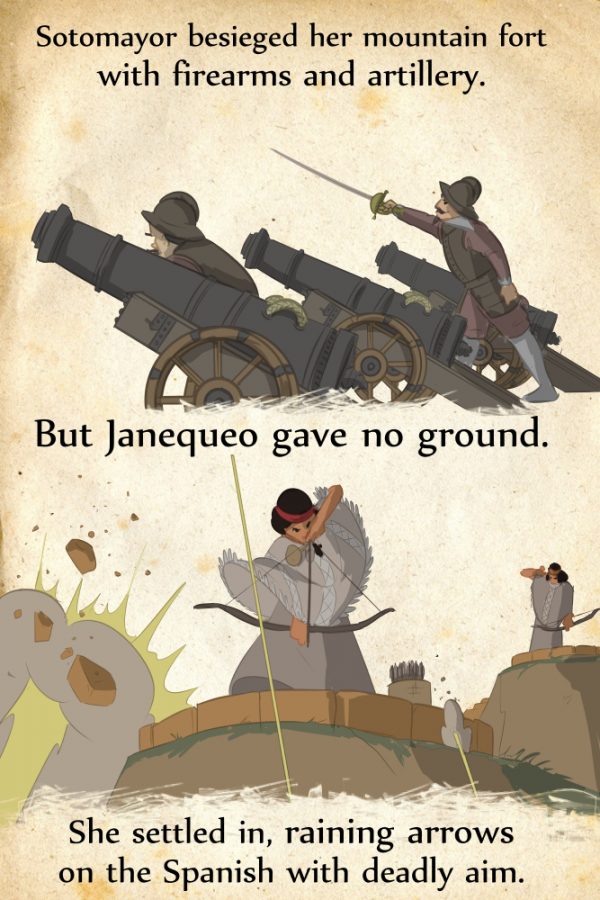 7 At this point, she’d relocated to a mountain fort in Villarica for the rainy season, and Sotomayor assaulted her repeatedly, fighting in rain, snow, and flood conditions. She maintained the high ground and killed them as they came up the slope, reportedly taunting them with the sword of a dead Spanish soldier. The Spaniards used a first-generation firearm called an arquebus, which took forever to reload. The arquebusier outfits of the time can be found on the guys on page two. 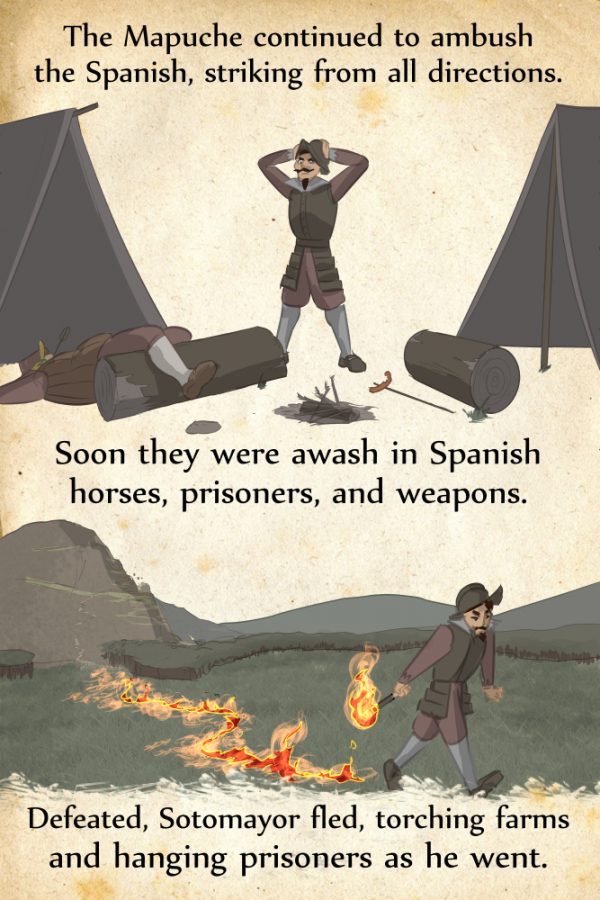 8 In all tellings, as Sotomayor was hanging Mapuche prisoners on his way out, one demanded to be hung higher than the others, to show his sacrifice. 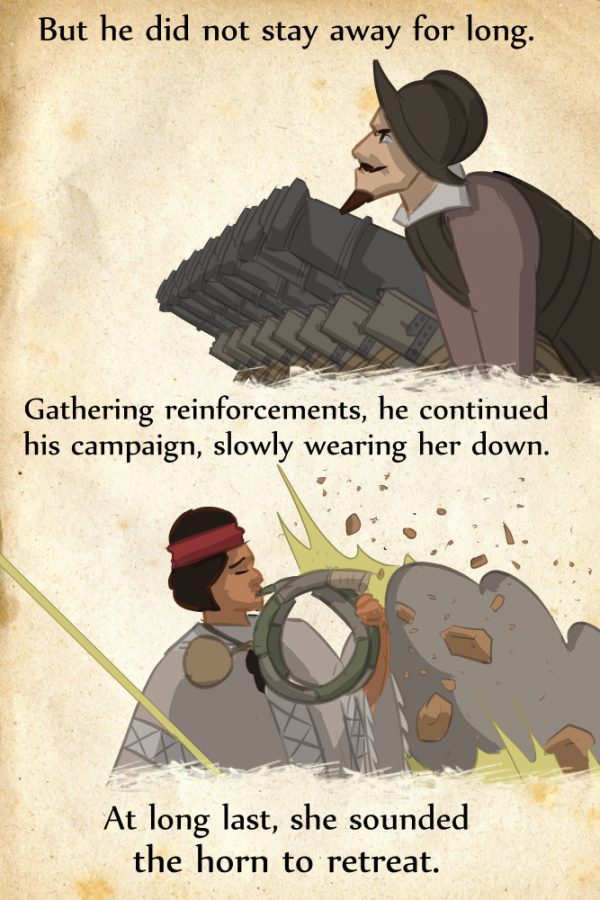 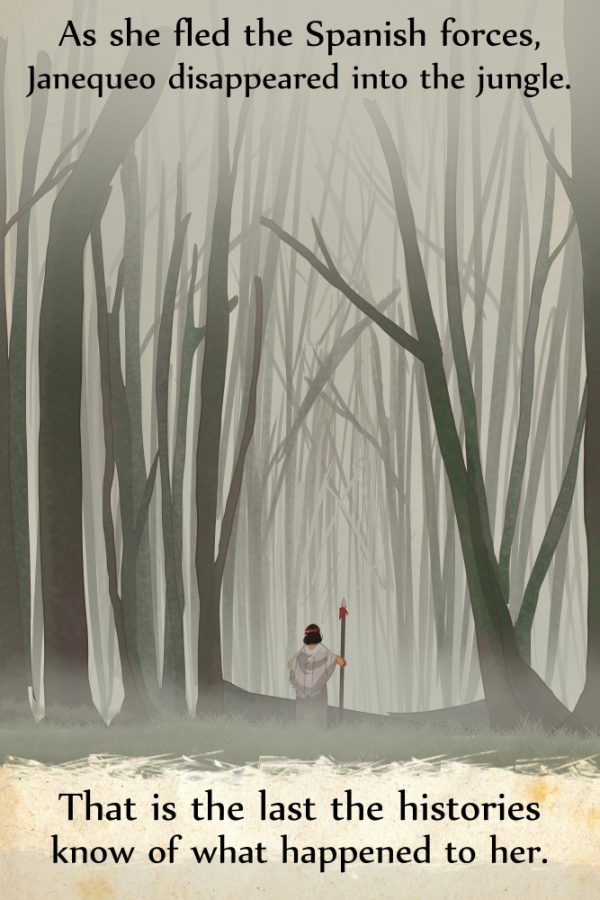 10 One telling supposes she died of typhus in 1590, but nobody really knows. The story from there shifts to her brother being captured by the Spanish. When he was sent back to agitate for the Mapuche to surrender, a rich man (ulmen) named Catipiuque killed him in full view of everyone. They did not surrender. 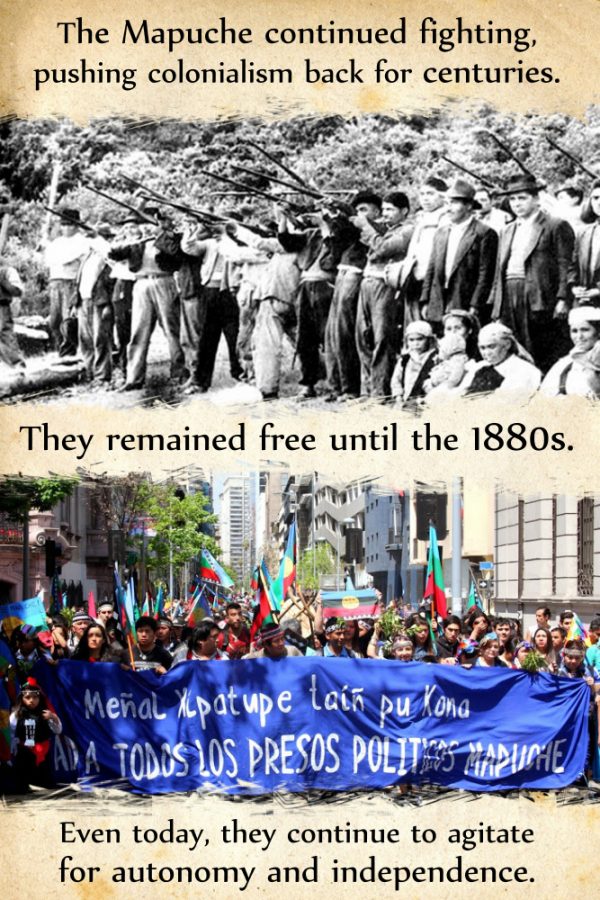 11 This is an ongoing humanitarian disaster that has only been getting worse — for more information, the term to google is Mapuche Conflict. They’ve had their land robbed, polluted, and ruined by various corporate interests. Parts of Chilean society have labeled them terrorists. If this reminds you of the Standing Rock conflict over the Dakota Access Pipeline, well, you’re not alone. There’s not a large English language footprint for them online – the most up to date accounts seem to be from the Mapuche Nation Twitter account. I couldn’t find a donation link, but will update if I do. 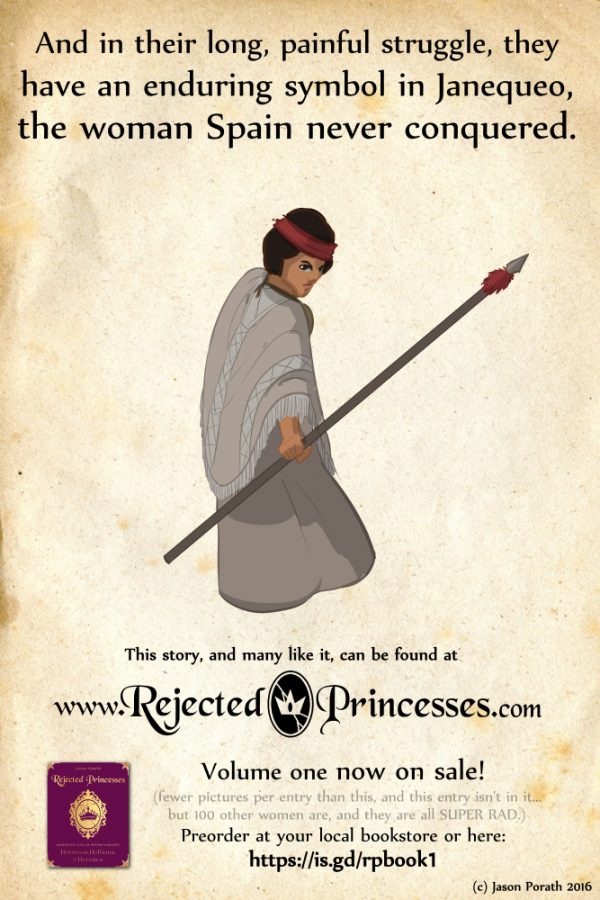 I had a tough, tough time getting this one done. Been pulling insane hours for book PR. Most of the art notes are sprinkled throughout in the footnotes- honestly, I would love to come back and revisit this, as I think I could do a better job, but it’s already a week or two late.

This was a toughie, huh!

My book for the other entry still hasn’t come in, so shuffling it back again. Here’s your hint for the next entry:

After her husband died, this native Chilean fought against the Spanish so hard that Chile’s navy named a series of ships after her.

Finally got the right books – so we’re back to the old hint! If you already guessed this the first time I tried doing an entry, your guess still counts. :)

Two bitter rivals for the title of worst woman in Sydney, these gang leaders’ deeds were far from Devine.