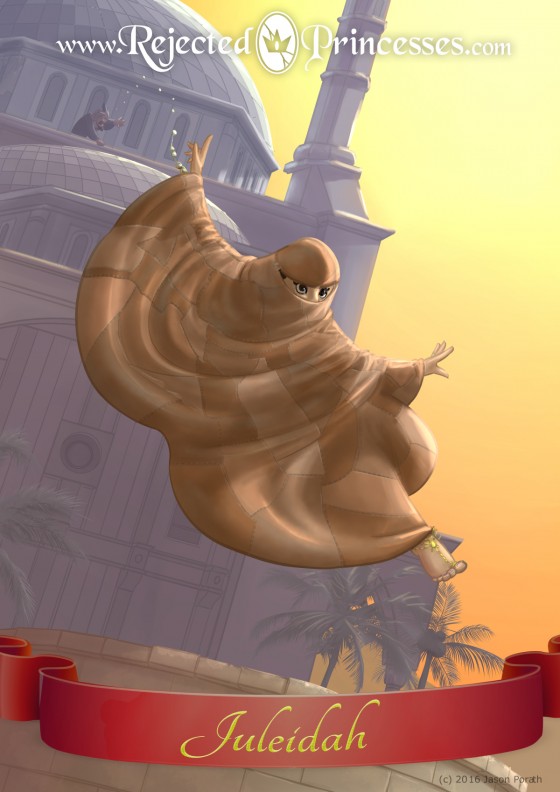 “Neither here nor elsewhere,” begins this Egyptian folktale, “lived a king.” This nameless king, it’s said, loved his wife and his daughter above all things. And so when his wife died of unspecified causes (let’s say spontaneous combustion), he was so distraught that he would only consider a woman so similar to his wife that she could comfortably wear his late wife’s anklet.

Bit of a foot man, the king.

The king’s matchmaker soon informed him that the only woman in his entire kingdom who fit the anklet was… you guessed it, his daughter: the princess. The king, being a man of traditional family values, saw no problem with the matchmaker’s suggestion of incest, and set about arranging their wedding. Continuing his foray into aristocratic stereotypes, the king also neglected to tell his daughter of her impending nuptials. In fact, the princess only learned of the imminent grossness after bribing a servant for the identity of the mystery bride she’d heard her father was to wed.

Upon hearing it was her, the princess noped right the F out of there. Vaulting over the castle walls from her elevated terrace, the princess landed in a leather tanner’s yard. Shoving a fistful of coins into his hand, she pleaded for him to fashion a head-to-heels disguise as quickly as possible. The tanner threw his entire being into this task, focusing every bit of his ingenuity and skill into it.

After a night of tireless effort, he proudly presented the princess with his magnum opus: an appallingly hideous patchwork quilt of leather scraps, showcasing the sort of virtuoso craftsmanship you would expect of a drunk third grader.

The tanner was not very good at his job.

Reasoning it her only hope of escape, the princess donned this masterpiece of hobo couture and headed to the city gates. Along the way, she was stopped occasionally by guards — who were by now searching for the missing princess — and offered but this reply:

My name is Juleidah for my coat of skins
My eyes are weak, my sight is dim
My ears are deaf, I cannot hear
I care for no one far or near.

My name is Juleidah for my coat of skins
My eyes are weak, my sight is dim
My ears are deaf, I cannot hear
I care for no one far or near.

And it worked! The guards let her pass, and she escaped the city, fleeing on foot to a neighboring country. In short order, word of her arrival spread through this new land, with many talking of her as a monstrous shambling mound, likely to be an Ifrit. The queen of this land, cementing her reputation for wise rule and measured decision-making, demanded the apparently supernatural creature be brought into the palace — so she could gawk at it, I guess? When the queen’s terrified servants carried through on this ludicrous command, the queen asked the filthy pile of refuse before her to identify itself. The princess underneath again replied with her four-line poem, informing the queen of her many disabilities.

No, nobody caught on to the fact that the ostensibly-deaf creature had replied to a spoken question.

The queen, delighted at the terrifying novelty she’d invited into her life, asked Juleidah what skills she possessed, that the queen may put her to work around the palace. “Anything you ask me to do, I am ready to try,” Juleidah replied, again proving she was terrible at pretending to be deaf. Luckily, the queen ignored this glaring incongruity, for she had just hit upon the perfect idea: to put Juleidah to work in the kitchen. Because really, what better place to install a blind and deaf stranger — one that is quite possibly a literal devil — than preparing everyone’s food?

After Juleidah had been employed for some time, the queen held a small soiree to which she invited the palace staff. Juleidah initially stayed put, falling back on her “I’m a disabled misanthrope” poem. But as soon as everyone had left, she shucked her loathsome tatters and joined the party in her finest regalia. Everyone was dumbstruck: who was this elegant and lovely woman? But as soon as she’d caught everyone’s attention, Juleidah tossed some of her gold sequins to the floor, causing a stampede of money-seekers. In the confusion, Juleidah escaped undetected, slipping back into her pungent leather duds.

Early the next morning, the queen barged into her son’s room, babbling excitedly about the mystery woman she’d met the night before. The queen continually voiced her regret that she’d just barely not had time to marry her beloved son and sole heir, the prince, off to this random woman she’d met in passing at a party. The prince, intrigued by the tales of this alluring party-crasher, resolved to make her his bride. And so, the next night, the queen threw another gathering, and the same thing happened — Juleidah slipped into the party once it was in full force, and refused to answer everyone’s questions the entire night. At daybreak, she threw some pearls to the ground, like a greed-based smoke bomb, and made her escape.

As she fled, the prince grabbed at her, and in the scuffle, his ring came off in her hand. Before she disappeared, he yelled, “at least tell me where you come from!” — to which she replied, “I live in the land of paddles and ladles,” and vanished.

The next day, the prince resolved to head on a journey to this Paddleladleland of which he’d recently heard so much. He set the kitchen to making food for his journey, and sure enough, blind/deaf/possibly demonic Juleidah was part of the team effort. The disgustingly misshapen cake that resulted from her efforts caught the prince’s eye soon after he’d set out on his epic journey. Informed that the seemingly-insane supernatural creature his mother kept as a pet had made it for him, he of course ate it first. To his surprise, the first bite contained something slightly more inedible than the rest of the pastry: his lost ring.

Realizing Juleidah’s true identity, he turned his caravan around. Probably for the best, as he evidently had no idea where he was going to begin with. Seriously, land of paddles and ladles? Where did you think you were going, doofus?

Seriously, land of paddles and ladles? Where did you think you were going, doofus?

The two were married shortly after his return — after he tricked her into coming near him and cut the leather robe into bits with a knife. They lived in bliss for a bit, until the day that Juleidah’s incest-happy dad (remember him?) came looking for his daughter, along with the matchmaker. Instructing her new husband to invite her father in for coffee, Juleidah donned the prince’s clothes and, properly disguised, joined her father and the matchmaker.

Throughout the coffee date, Juleidah kept twisting the conversation to incredibly socially-awkward tales of a princess fleeing her incestuous father. Ignoring the matchmaker’s attempts to move the conversation towards something not quite so creepy, Juleidah finally relayed her entire story from the time she’d left the palace until that moment — at which point she shed her disguise and revealed herself. Blithely ignoring her father’s role in the string of bad decision-making that had instigated her exile, she shouted, “It is I, your daughter, whose life was ruined by the crappy advice this old matchmaker lady gave you!”

In the morning, they threw the matchmaker lady off a cliff. The king gave half his fortune to his daughter and her husband, and they all lived happily ever after.

Wow, this was murderously hard on y’all. Only 3 out of 37 got it right, and one of those didn’t even leave their name. So glory in your special-ness, eclipse and Meg! Y’all are winners.

The princess in the leather burqa.

The only use this Canadian badass had for pretty pink bows was to adorn her own rib — which, after amputating it from her own body due to an accident, she used to decorate her cabin.