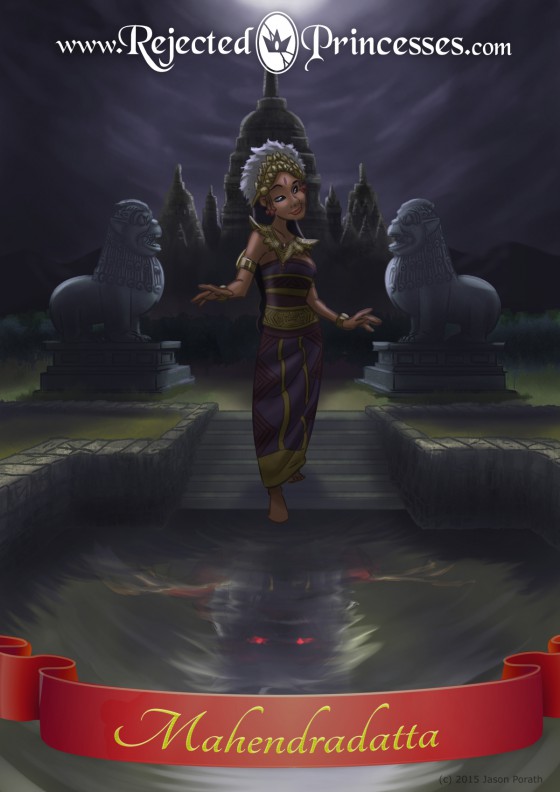 You know you’ve done something right when you’re posthumously deified as the embodiment of all evil.

Such is the dubious afterlife achievement of Indonesian queen Mahendradatta – who totally gets a bad rap. In the 11th century, Indonesia was a collection of smaller kingdoms across many islands, most notable of which to this story were the kingdoms of Java and Bali. For a long time, Java was the big kid on the block, often bullying Bali to do what it wanted. However, shortly before Mahendradatta showed up, things had see-sawed: Bali was becoming the new hotness, whilst Java was becoming old and busted.

Then Mahendradatta showed up – she was a Javanese princess sent to rule Bali. After marrying a Balinese prince1 The prince was named Udayana, known in full as Dharmodayanavarmadeva. After marriage, Mahendradatta became known as Gunapriyasharmapatni. Not big on pithy names, the ancient Indonesians. and basically relegating him to royal boy-toy, she took control and started importing Javanese culture. Specifically, Hinduism. And here’s where we run into trouble.

Even though, by all accounts, Mahendradatta’s reign was pretty good (her son, Erlangga, was one of Bali’s greatest heroes, for crying out loud), she was vilified in about as grand a manner as possible: with the story of Rangda. In Balinese folklore, Rangda — which literally means “widow” — was an evil witch that sent plague, famine, floods, and other nasty stuff to destroy the kingdom. Sometimes it was because nobody would marry her beautiful daughter, sometimes not. In some versions2 Notably the “Calon Arang” variation, which is pretty similar, she was defeated by a hero sent by Erlangga, of all people. Yeah, Erlangga, the son of the inspiration for this totally-not-subtle-at-all satire. Clearly some Balinese were not down with foreign rulers. 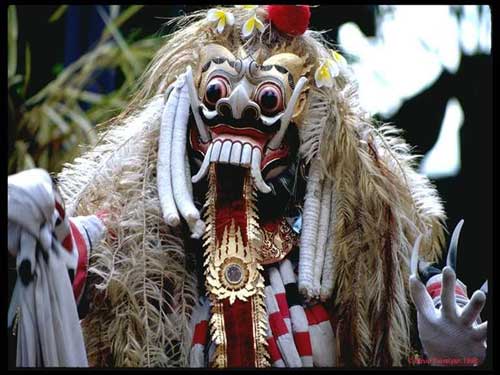 Eventually, this grew out into a larger good-versus-evil set of folk dances, where the evil Rangda would fight, and lose, to Barong, professional Super Great Lion Creature That Everyone Likes. Which, honestly, Mahendradatta herself would have found especially galling, because she was a hardcore devotee of the Hindu ass-kicker goddess Durga. Durga was everything you could want in a goddess. Trident-flinging, villain-decapitating, supremely powerful, top of the pantheon — who wouldn’t worship her? She was also consistently depicted as riding a lion. Which, in the Rangda story, is now Good Guy Barong, while Mahendradatta is Droopy-Boobed Dental Nightmare Rangda.

Sorry about all the posthumous mudslinging, Mahendradatta. You were just doing your job. For what it’s worth, I think you were probably pretty neat. 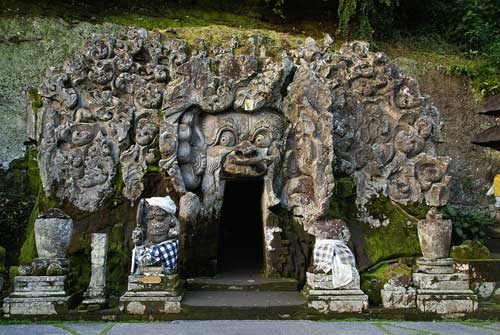 I want to go to there!

Dissing the nanabolele in song will get you everywhere. 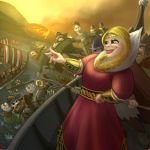 The Queen Who Gave Her Suitors Epic Burns